Duke is coming off of a home loss to Miami and travels to Wake Forest for a mid-week ACC battle. 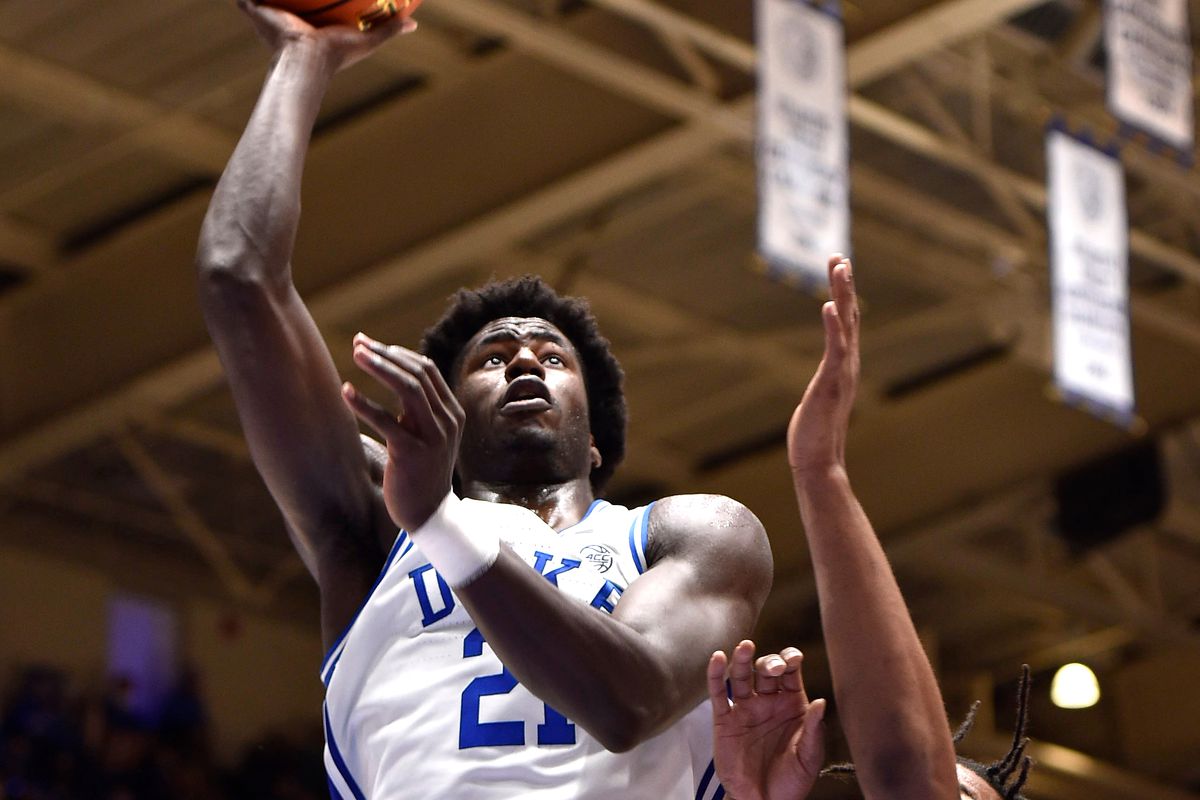 The Wake Forest Demon Deacons are on a 2 game winning streak after dispatching of both Florida State and most recently Syracuse in overtime this past Saturday.

Graduate transfer Alondes Williams, who played at Oklahoma for two seasons, is leading the Deacs in scoring (20.4, ranked second in the ACC), rebounding (6.7, 14th) and assists (5.1, first), while shooting .550 from the field (fourth). Jake Laravia’s .597 field goal percentage and .393 from the three point range both lead Wake Forest, which shoots at a .478 clip as a team from the field and .331 from downtown. The balanced Deacs have four players averaging in double figures, with six players scoring better than 7.1 points per game. The team’s 405 three-point field goal attempts lead the ACC and rank 38th nationally. Wake opened its ACC schedule with an 80-61 win at Virginia Tech and suffered back-to-back road setbacks at Louisville, 73-69, and Miami, 92-84, before beating Florida State.

The Demon Deacons have 3 starters shooting above 33% from beyond the arc. Laravia and Isaiah Muscius, both at 6’8, are matchup nightmares for opposing forwards. Both are experienced and shoot over 38% from beyond the arc. Laravia in particular will be a tough guard for Blue Devils as his contributions are felt in every aspect of the offense from assists where he averages 3.4 and on the boards where he averages 6.2 per game.

The Blue Devils are looking for a turnaround game after faltering in the final minutes to the Miami Hurricanes in what can best be described as a lackluster performance. 17 turnovers which contributed to 17 Miami points was the story for the Blue Devils. Tired legs leading to a lack of execution coming off the COVID pause was clearly a factor.

Paolo Banchero leads the Blue Devils in both scoring and rebounding at 17.3 and 7.5 per game. The freshman, Banchero, is also sixth in the league in rebounding (7.5) and is coming off his fifth 20-point effort Saturday vs. Miami. Junior Wendell Moore Jr., who is set to make his 30th consecutive start, is second in the ACC in assists (4.9), third in assist/turnover ratio (+2.30), ninth in scoring (16.0) and fifth in field goal pct. (.545). Moore joins Wake Forest’s Alondes Williams as the only power conference players nationally averaging 16.0+ points, 4.0+ rebounds and 4.0+ assists while shooting .500+ from the field. Mark Williams, a sophomore center, anchors the Blue Devil defense with 3.1 blocks per game to go along with his 6.3 rebounds. The sophomore leads the ACC and ranks 11th nationally in blocked shots. Only nine players in the nation have more total blocks this season than Williams’ 44.

Keys to the Game

The keys to this game will not be measured in X’s or O’s, this isn’t a game of strategy for the Blue Devils but rather a game of execution. The Blue Devils did not execute against the Miami Hurricanes and it cost them first place in the ACC. Wake comes in as another very experienced team and so once again the Blue Devils have to play play older. They cannot turn the ball over against the Demon Deacons especially on the road or this game will go into the books as another loss. It’s difficult not to talk about the elephant in the room for the Blue Devils and that elephant is conditioning – against Miami Duke faltered late in the game and some of that was clearly a lack of conditioning coming off of the COVID pause. If Duke is to recapture the pre-COVID magic its going to have to get that conditioning to peak levels or they are going to have to execute much better on their tired legs. A counter would be effective bench play. Duke needs much better defensive performances from senior forward Joey Baker and graduate student Theo John if they are going to get through their next few games intact and lossless.

Wake and Duke are two of the 50 tallest rosters in the nation — an average height of 78.5 inches for Wake (t-12th tallest) and 78.0 inches for Duke (t-43rd tallest). This may lead the Blue Devils to adjust their starting lineup making Wendell Moore and Trevor Keels there primary ball handlers and starting AJ Griffin at the 3-spot.

This article was originally published at http://www.DukeBlogger.com. If you are interested in sharing your website's content with SCACCHoops.com, Contact Us.
Categories: Basketball, Duke, Preview, Wake Forest