Things to watch for when Syracuse men's basketball hosts Indiana 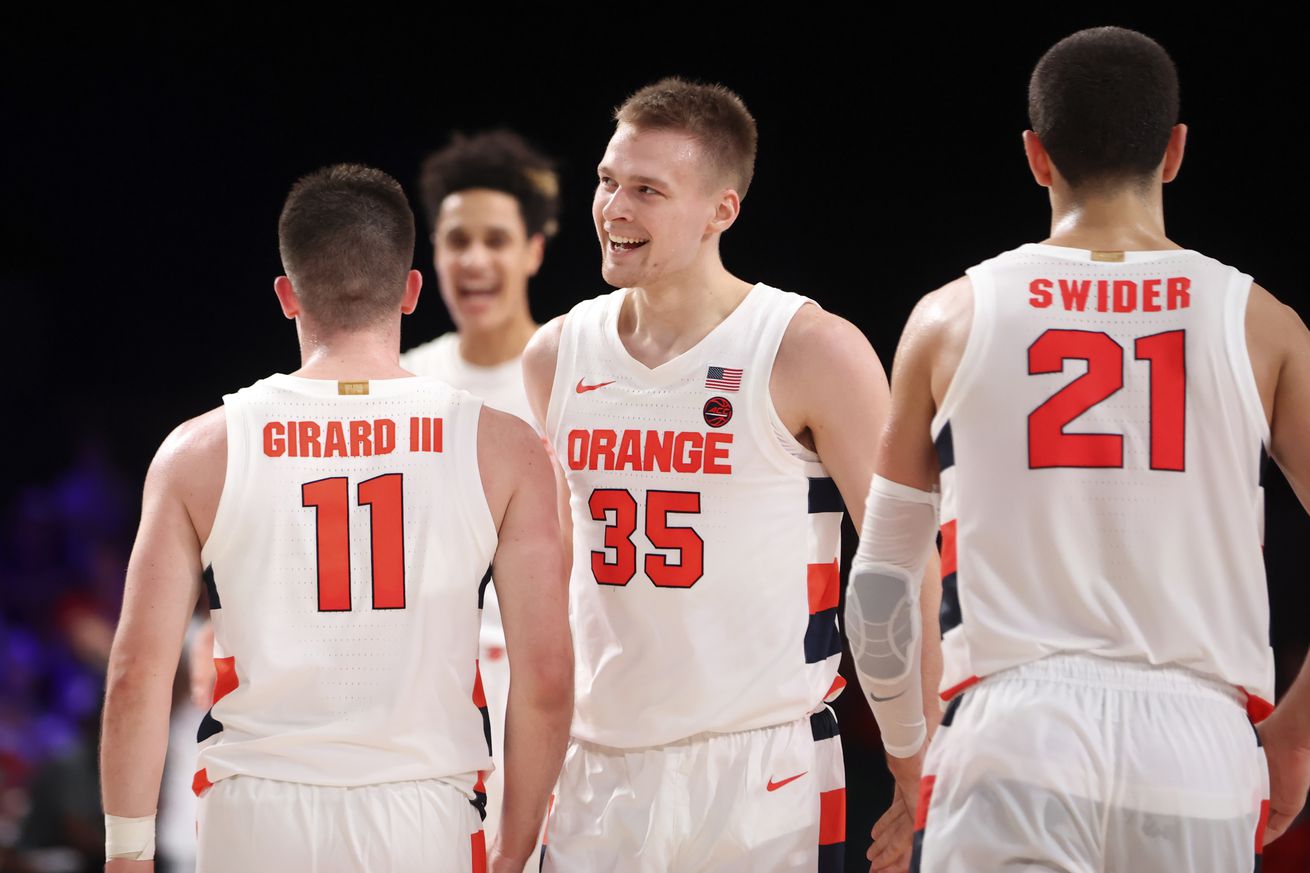 When the Syracuse Orange (3-3) welcome the Indiana Hoosiers (6-0) for tonight’s ACC-Big 10 Challenge, the Orange will be looking to keep their record above .500. Can Syracuse put the disappointing results from last week’s trip to the Bahamas behind them before they begin ACC play? Here’s what we’re watching for in tonight’s game:

Going into Syracuse’s game against VCU, it seemed likely that the Orange would be able to challenge the Rams’ perimeter defense given the number of three-point shooters in the lineup. Instead, VCU largely contained SU and held them to a 5-of-23 beyond the arc. Indiana’s another very good perimeter defensive team (19th in opposing three-point percentage per KenPom), so the big question will be whether the Orange offense has a better solution for that than what they brought to the table against VCU. If not, it’ll be a long evening.

Indiana doesn’t take a lot of three-point shots but after a dismal 4-24 performance in their opener, the Hoosiers have been knocking down the outside shot. The inside play of Trayce Jackson-Davis will draw the attention of the defense but Syracuse can’t keep giving up the type of looks they have been this season. Opponents have found lots of gaps in the zone and spreading out the Orange defenders. Some of these issues can be resolved with better communication but right now the Syracuse forwards have had to come out too high to cover for the guards. This leaves Jesse Edwards alone to defend the paint and against a player of Jackson-Davis’ caliber this is not a recipe for success. Syracuse needs to force Indiana into difficult shots if they want to get this win.

Kevin took what I was going to say. Indiana doesn’t have a lot of shooters so Syracuse can’t get beat on the long-ball tonight. The Orange has to make sure to locate Miller Kopp and Parker Stewart. Since we expanded on that, I’ll take the obvious: TJD is coming off a 43 point effort on Saturday. Syracuse can’t afford to have Jesse Edwards get into foul trouble against him. The Orange need Edwards on both ends of the floor in this game. If he picks up a few quick ones it could be a long night.

Christian: Didn’t we talk about this last year?

This in a way is a culmination of Kevin and James’ points. One of my biggest criticisms of last season’s already flimsy defense to begin with was threat identification. The same big point comes here. Yes, Trayce Jackson-Davis and Xavier Johnson are the big players to look out for. But you can’t hard cover them and have guys like Parker Stewart take free pop shots from deep all day. Syracuse hasn’t done a great job of identifying the immediate scoring threats on opposing teams for a bit now (see: Kihei Clark). They’ve got to figure out who most likely is going to score given the setup of the offense and allow the non-scorers to shoot the ball. Force the other Indiana players to beat you, not their proven players.

This article was originally published at http://nunesmagician.com (an SB Nation blog). If you are interested in sharing your website's content with SCACCHoops.com, Contact Us.
Categories: Basketball, Preview, Syracuse