J.J. Starling and Nate Laszewski were both fantastic in a late-game run to put away a pesky MAC opponent 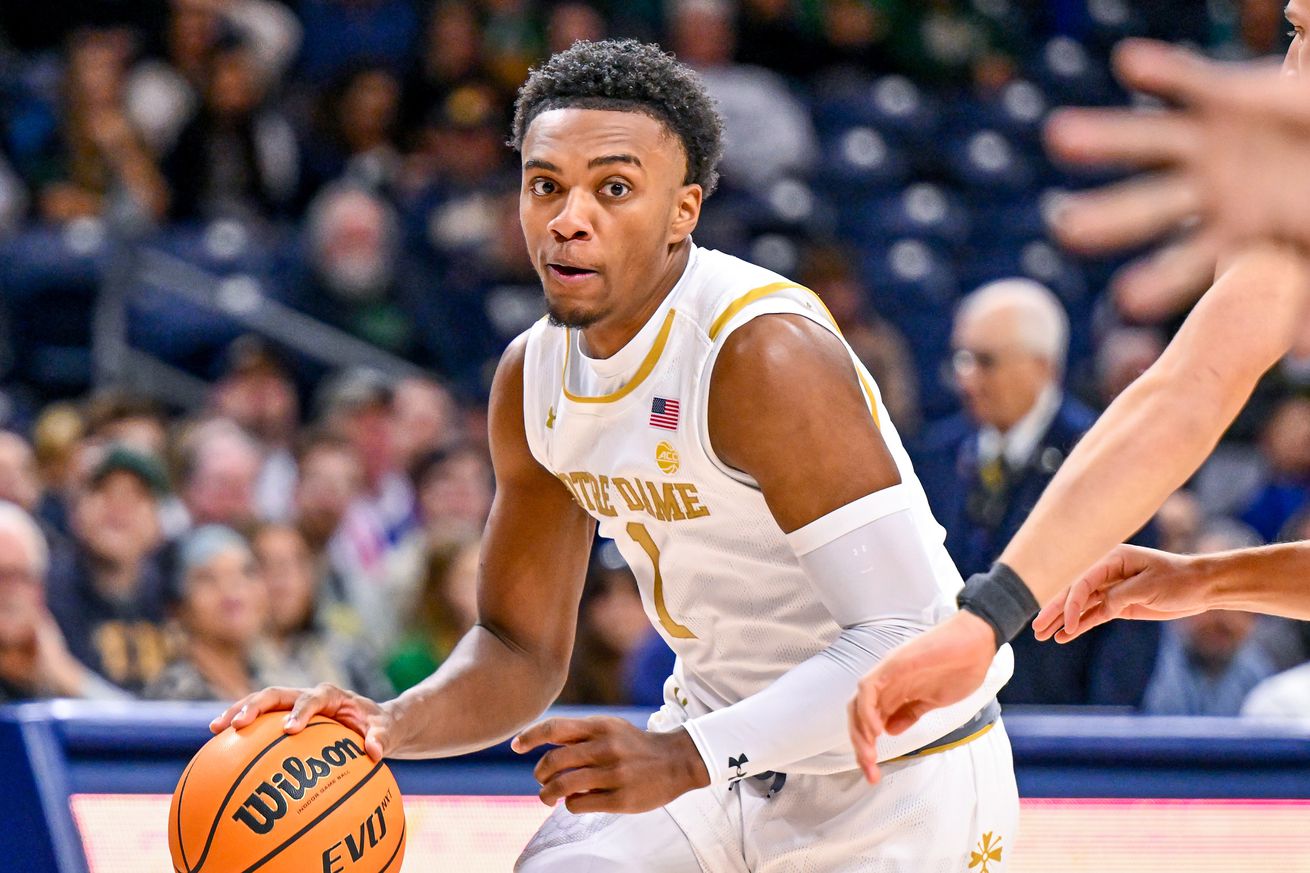 The Irish were led on the night by J.J. Starling, who scored 23 points (10-of-11 from the field) and had 6 rebounds and 3 assists.. Nate Laszewski had himself another fantastic game as well, scoring 22 points while shooting 6-of-10 from the field and 4-of-6 from long range. Ven-Allen Lubin (12 points, 4 rebounds, 2 assists), Dane Goodwin (11 points, 6 rebounds), and Trey Wertz (5 points, 6 assists) chipped in as well.

As a team, Notre Dame shot 55% from the field and 35% from long range while narrowly winning both the rebounding battle (31 to 30) as well as the turnover battle (5 to 8).

The Falcons were paced in scoring on the evening by Samari Curtis (14 points), while Leon Ayers III (13 points) and Rashaun Agee (13 points, 9 rebounds) added nice games as well. Bowling Green shot 43% from the floor and 29% from three-point range.

Mike Brey’s squad failed to slow down yet another mediocre opponent on the defensive end, though. Notre Dame allowed the Falcons to shoot 53% from the field and 40% from deep in the first half. They entered the game as clearly not a strong shooting team, averaging just 41% from the field and 29.5% from long range.

Bowling Green got down by as much as 7 points fairly late in the first half, but chipped away at the deficit until they managed to take a 40-39 lead just before halftime. Laszewski, though, refused to allow the Irish to trail at halftime, draining a buzzer-beater three to put ND up 42-40 at the intermission and to give him 17 points in the first half, leading all scorers.

NATE WITH THE DAGGER

In the second half, the first minute or two was more of the same, with both teams trading baskets and with multiple ties in the early going. However, then the Irish turned it up a notch, with Starling and Trey Wertz fueling a 7-0 run to push the Irish out to a 53-46 lead with 16:34 to play.

The Falcons wouldn’t go quietly, though, coming strong out of a timeout by hitting a three and then converting on a three-point play, beginning to slowly chip away at the Irish lead once again. By the 10:45 mark, they’d used a 7-0 run to take a 61-59 lead.

The Irish got a nice couple buckets from Starling, though, to retake the lead, and soon after that, Wertz found a cutting Laszewski on a give-and-go and Laszewski slammed it home, putting the Irish up by 5 points heading into the under-8 media timeout.

A new career high (with eight still to play)

ND continued to build their lead over the next couple minutes, using a 17-3 run to respond to Bowling Green taking that 61-59 lead, seizing a 12-point lead with under 3 minutes to play. They held Bowling Green scoreless for the final ~9 minutes of play, adding the finishing touches on what would end up being an 82 to 66 Notre Dame victory.

With the win, the Irish improve to 5-0 for the 1st time since the 2017-2018 season. They will play next on Friday at 4 PM ET, when they will face off against the St. Bonaventure Bonnies at UBS Arena in New York as part of the Gotham Classic.

This article was originally published at http://OneFootDown.com (an SB Nation blog). If you are interested in sharing your website's content with SCACCHoops.com, Contact Us.
Categories: Basketball, Notre Dame, Recap