Yeah a win would be nice 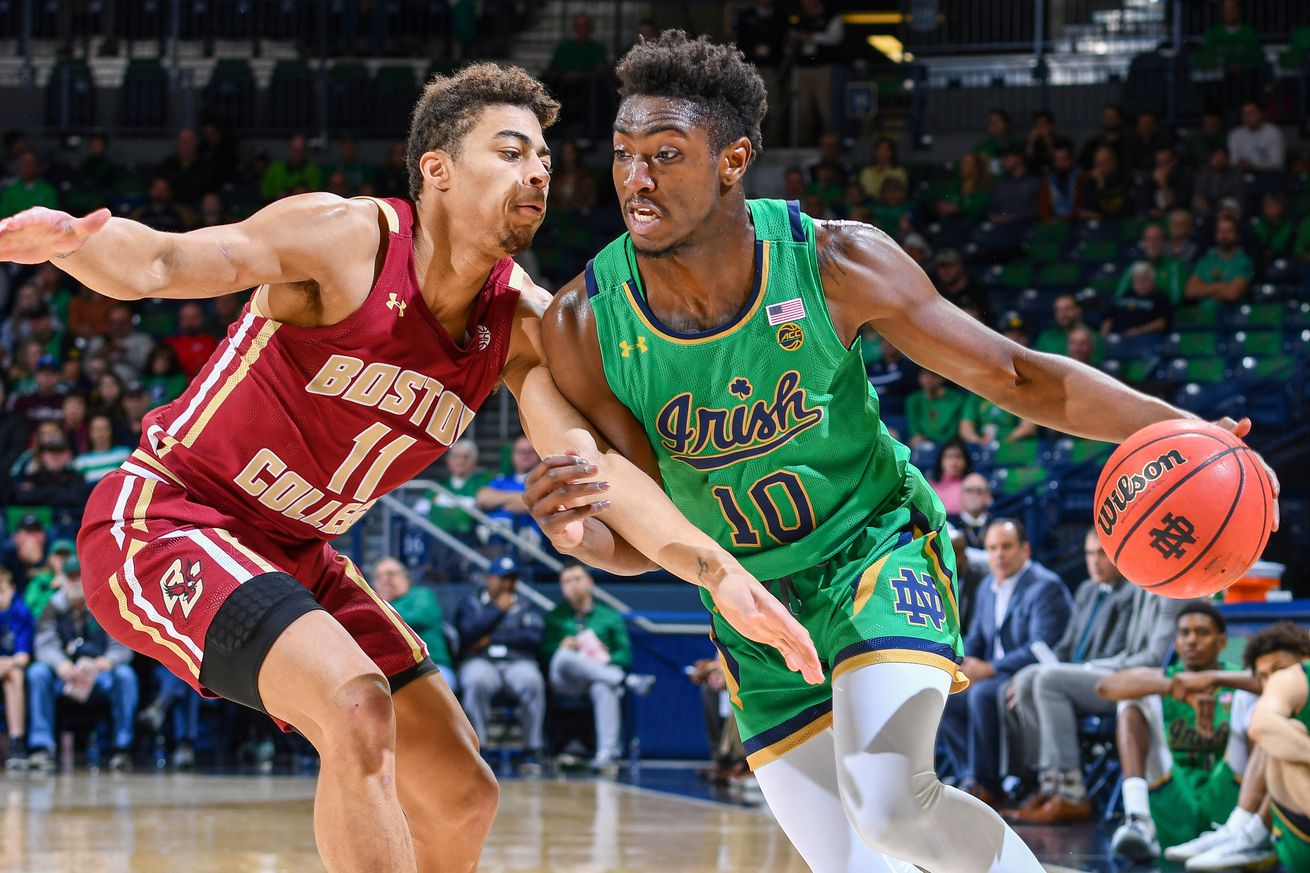 Being Road Warriors One Last Time

The Notre Dame Fighting Irish men’s basketball team is going on their final road trip this regular season. They have two games against the Boston College Eagles and Wake Forest Demon Deacons on those schools’ respective campuses. Wednesday night, the Irish take on BC in Chestnut Hill. The teams have already played once this year, an uncharacteristic 73-72 loss to the Eagles. That game in December was the first time BC beat the Irish in ACC play, and it was the first time in 15 years that the Eagles beat the Irish in men’s hoops. With that and a previous loss to UNC to start the conference season 0-2, it was looking like the Irish were going to have yet another dismal season.

Since this game, things have gone a bit differently for the two teams. True, the Irish only have 1 more win in conference play than the Eagles, but they have 2 fewer losses. So, the Irish are currently in a better position in the ACC standings. With BC being 7-10 in conference play, they are also seemingly exceeding expectations, as you have been able to find them toward the bottom of the conference every year. For reference, last season they went 5-13 in ACC play. With the general uptrend the Irish have had in the last month or so, they are definitely going to look to avenge the home loss they had to BC to get a road win.

ND vs BC Round 2, What to Look For

Thornton and Heath average 13 PPG, Thornton dropping 19 and Heath 16 in BC’s win over the Irish in December. With the departure of Ky Bowman (it felt like that guy would never leave), the guards from BC have had to pick up the slack. They seem to be doing that fairly well as they both average together around 40% from 3-PT land. Protecting the perimter is key against this team.

Nate of course had our favorite game-winning 3 against UNC last week. But he also hit a bit of a stride since then, too. In the game against Miami, Nate didn’t put up that many points but he did have 8 rebounds, all of them off the defensive boards. He was getting UP for a few of them, too. I liked his aggressiveness in the past couple games, and that would be great to see continue as we close out the regular season.

Gibbs hit us with another pretty stellar performance against Miami, getting 19 points. He has found more of a good shooting rhythm, too. I have loved his ability to hit running, transition 3-pointers. It helps so much for momentum on possesions in trying to get the lead or extend a lead. He is also creating more space and plays when he dribbles. Him continuing that would be clutch down the stretch here.

ND vs BC: Details

The Irish will tip off against the Eagles in Silvio Conte Forum at 9 PM Eastern Time on Wednesday, February 26. The game will be broadcast on the ACC Network as well as on the radio via the Fighting Irish Radio Network. Let’s have a little fun, here, shall we? Go Irish.

This article was originally published at http://OneFootDown.com (an SB Nation blog). If you are interested in sharing your website's content with SCACCHoops.com, Contact Us.
Categories: ACC Network, Basketball, Boston College, Notre Dame, Preview