Duke Downs UNC, Moves Up in the ACC Standings - SCACCHoops.com

Duke Downs UNC, Moves Up in the ACC Standings

Everyone who is a part of the Duke – UNC rivalry from the players, to the coaches to the fans knows that rankings mean very little. 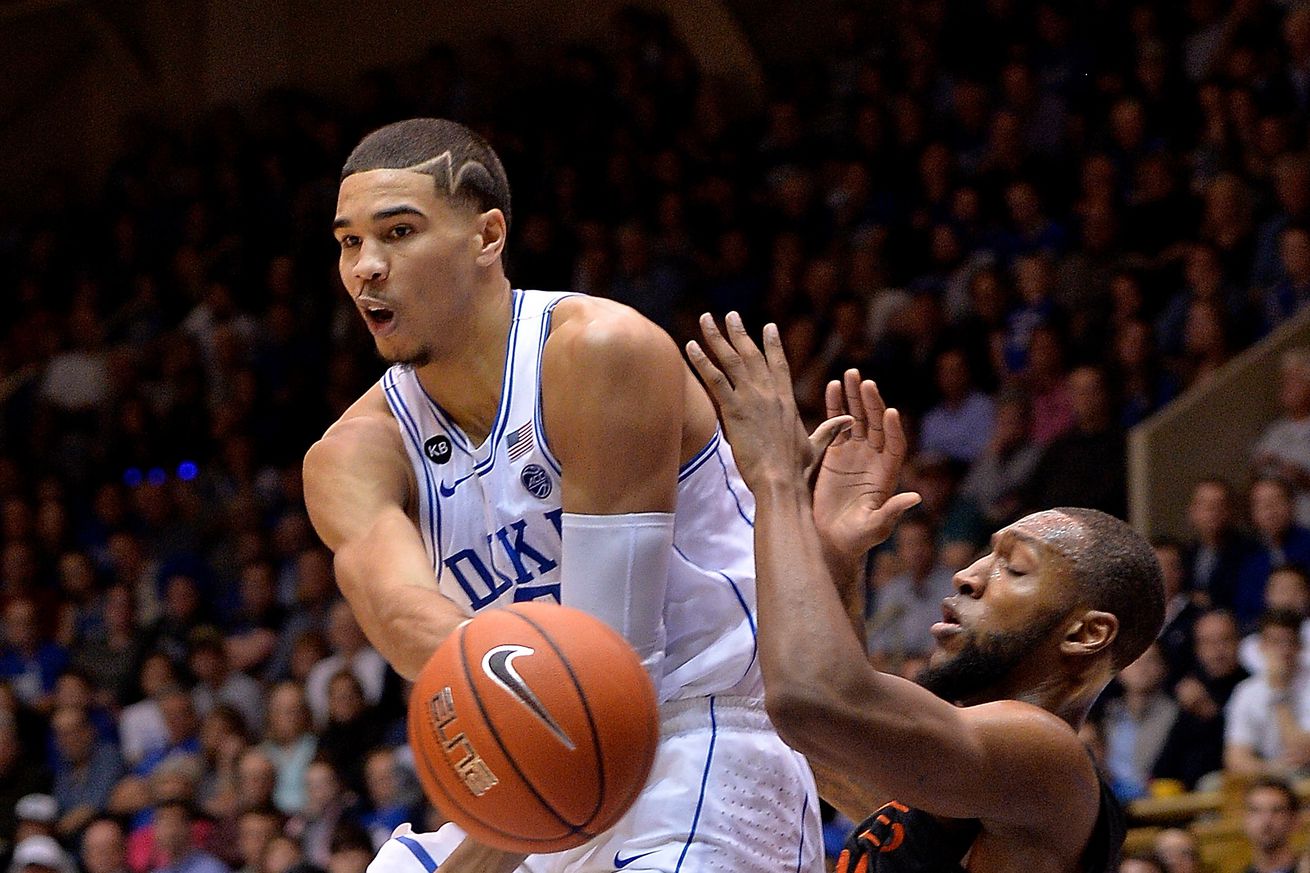 We know going into these games that generally it’s going to be competitive and probably comedown to the last few minutes. UNC came into this game leading the ACC by a game over Florida State. Duke has been on a steady climb to  try work their way back into the fray and riding a 3 game winning streak. The clash of the ACC blue bloods did not disappoint. In  from of  former Duke greats like Christian Laettner, J.J. Redick and Danny Ferry Duke would prevail 86.78

The game was a back and forth affair with Duke and UNC trading leads throughout the game but after a 66 all tie Duke started to assert themselves on both ends of the floor. UNC was paced by Justin Jackson who scored 21 points on 8 of 13 shooting. Jackson had 5 rebounds and along with Joel Berry carried the UNC offense. Duke used an offensive 3-headed monster with Grayson Allen having a god level game with 25 points off of 9 of 15 shooting and 7-12 from 3 point range before fouling out late in the second half.

UNC came in with the reputation for rebounding and transition buckets, neither of which played a huge role. Duke actually ended the game with a 1 rebound advantage.

Duke moves up in the ACC standings now only 1.5 games out of first place with Clemson next up at Cameron.

This article was originally published at http://www.DukeBlogger.com. If you are interested in sharing your website's content with SCACCHoops.com, Contact Us.
Categories: Clemson, Duke, Florida State, UNC