What can the Deacs change to beat the Tigers this time around? 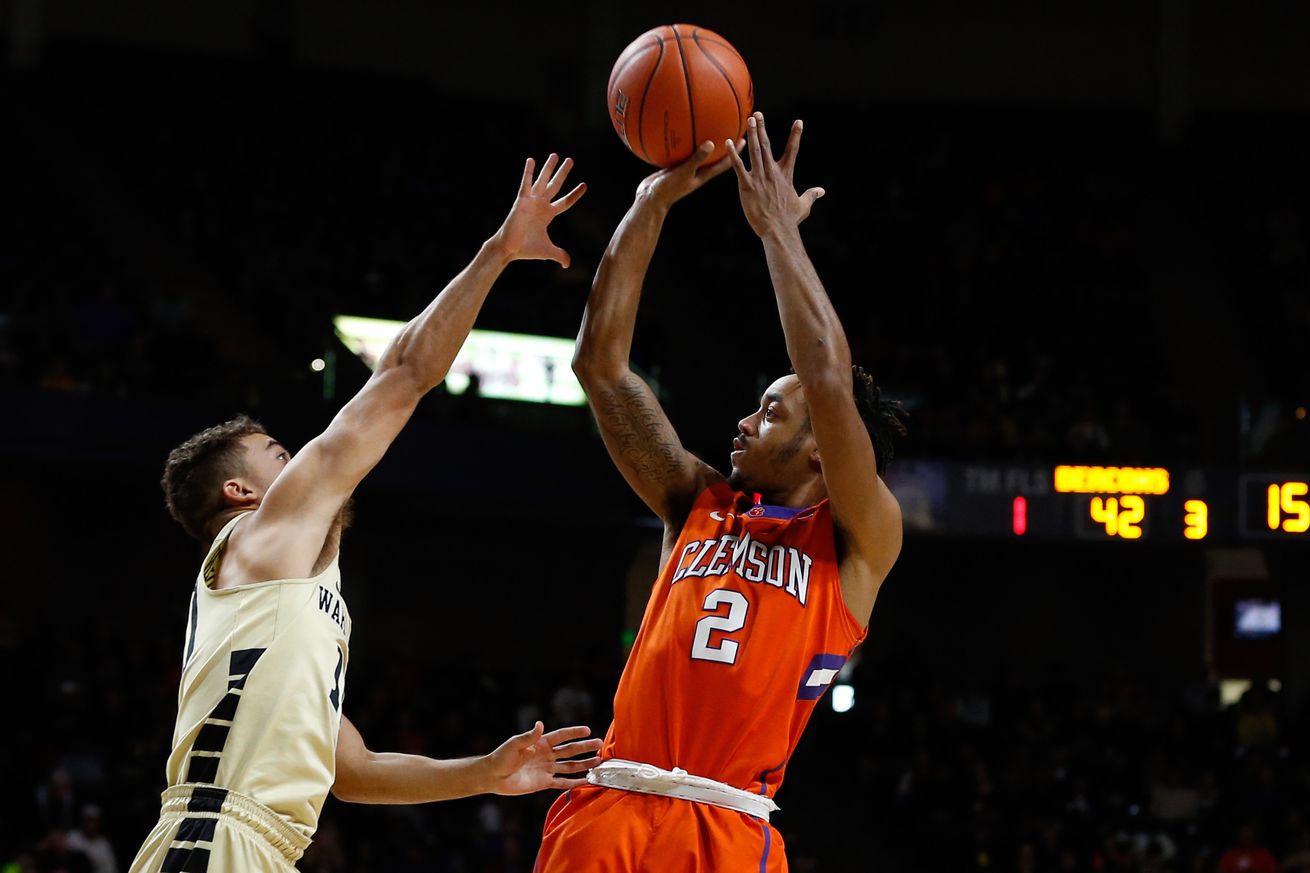 After putting the smack down on the Wolfpack this weekend, the Deacs head to Clemson this Tuesday for a game that could have huge NCAA Tournament implications. With that, it’s time to take a look back at the first matchup between these two teams this season (though I know many of you probably would rather just forget that game ever took place) and see what Wake Forest can do differently this time around. The focus will be less of an individual matchup and more on how defensive mistakes allowed Marcquise Reed to have his best game of the season.

Reed is averaging 9.4 points, 2.3 rebounds, and 1.7 assists per game this season, yet against Wake Forest, he scored 21 points, grabbed 4 rebounds, and added 3 assists off the bench. So how did Reed score well above his average and lead Clemson to a win on the last day of 2016? He mostly just took advantage of sloppy mistakes from the Deacs.

Wake Forest did a really bad job closing out on Reed in this game. Above, Crawford helps on the pick and roll and then recovers on Reed, but instead of closing out under control, he bites on the shot fake and gives Reed an easy midrange shot. Below, Gabe DeVoe kicks the ball out to Reed and there basically is no close out at all. Crawford just puts his hand up as he walks by, and Reed hits the 3. One case is too aggressive and puts Crawford out of position, while the other is just way too passive.

Besides closing out, the Deacs had blunders with miscommunications that Reed was able to take advantage of.

Both McClinton and Crawford here are guarding Blossomgame, leaving Reed wide open in the corner. Obviously there was a mix up on whether Crawford should recover back to Reed or McClinton should stay on him. This simple miscommunication leads to a wide open 3 and a 4 point play.

And here is yet another defensive mistake that ended up with Reed having a wide open shot. Wilbekin decides to go for a steal while trailing the play, collides with Mitchell, and falls over. This leaves Reed wide open to get away with a travel and then hit another 3. There is really no reason to gamble like this when you have a 10 point lead with 5 minutes left.

With the Tigers having just 2 other players in this game that scored in double digits (Blossomgame: 14, Grantham: 11) Reed was pretty much the reason the Deacs dropped this game at home. This game was along time ago, and I haven’t really seen many issues with communication or closeouts since then, so the Deacs should be in good position to win this one. For Wake Forest to pick the win on the road, all they really have to do is play with the same defensive intensity they did against NC State, and not lose focus should they get a sizeable lead.

This article was originally published at http://www.BloggerSoDear.com (an SB Nation blog). If you are interested in sharing your website's content with SCACCHoops.com, Contact Us.
Categories: Clemson, NC State, Wake Forest