It started amazing, had a very soggy middle, and finished about as well as anyone could’ve asked for. 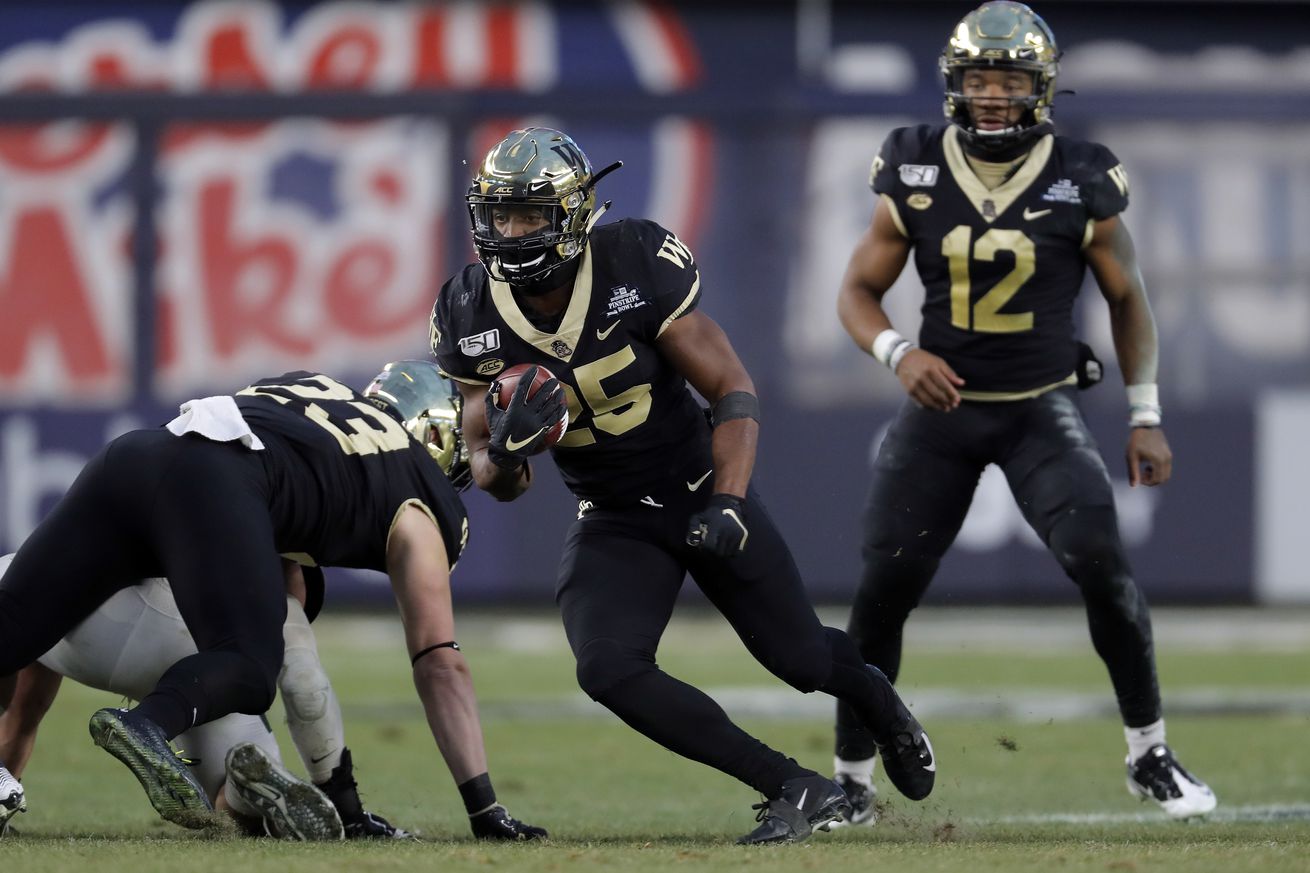 Within 4 minutes, Wake Forest was up 14-0 against UVA, and the game looked like it might be a laugher. At that point, however, the game turned into an utter slog for the entire rest of the first half, which saw the game knotted at 20-0. The biggest issue was the defense. While the offense was not blameless, the UVA offense completely neutralized Boogie Basham by staying ahead of the sticks and gashing the Deacons on the ground, running drives of 11 plays, 10 plays, 7 plays, and 10 plays to tie things up. Penalties also plagued the Demon Deacons throughout the day, wherein they racked up an absolutely terrible 12 penalties for 112 yards on both sides of the ball, negating more than one big play for the Deacs and also helping to bail out the Cavaliers in other instances. The third quarter was more of a slog, though Wake Forest outscored their opponent 3-0 in that span. It was in the fourth quarter that Wake decided to stop messing around and blow the game wide open. After UVA tied it up with a field goal early in the 4th quarter (on a very solid red zone stop for the Deacs), Kenneth Walker III took it to the house on a single play, 75-yard jaunt that showcased both great patience and absolute burner speed. In 14 seconds, Kenneth “More Like Runner, Amirite?” Walker took the momentum back, and that only snowballed when, on the ensuing kickoff, Wake Forest executed some sort of bizarre, probably intentional pooch kick that was seemingly meant to catch UVA off guard and result in a turnover, which, perhaps somewhat miraculously, it did. Four plays later, Walker found the end zone for the third time (tying a career high) and that was it. The defense tightened up, the UVA offense had to play more into Wake Forest’s hands because of time and score, and the Deacs just looked for all the world like the more complete team by that point.

For the day, Sam Hartman was an extremely solid 16/27 for 309 yards and 1 TD, and Kenneth Walker III did work, rushing for 128 yards and 3 TDs on 23 attempts, an average of 5.6 YPC. On the defensive side of the ball, however, Wake allowed four UVA rushers to average 6.0+ YPC. That is a big, big yikes. I already talked about the penalties, but it bears repeating: this was an uncharacteristically undisciplined outing for Wake Forest, particularly on the defensive side of the ball. Really, what the game boiled down to was two scoring bursts by the Deacs, four total touchdowns taking just around 4 minutes combined. The rest of the game was something of a back and forth slog. That said, I’m never going to complain too much about a three score win in conference coming off of a two week break, especially considering how even the defense tightened up when need be, and Boogie continued his nation leading streak of games with at least one tackle for loss.

Wake Forest is now 2-2, 1-2 in conference, and is slated to play #23 Virginia Tech next week barring any unforeseen challenges. Good golly, this season’s schedule is brutal, but I suppose Bizarro World Season is as good a time as any for that. On to the next. Go Deacs.

This article was originally published at http://www.BloggerSoDear.com (an SB Nation blog). If you are interested in sharing your website's content with SCACCHoops.com, Contact Us.
Categories: Football, Recap, Video, Virginia, Wake Forest