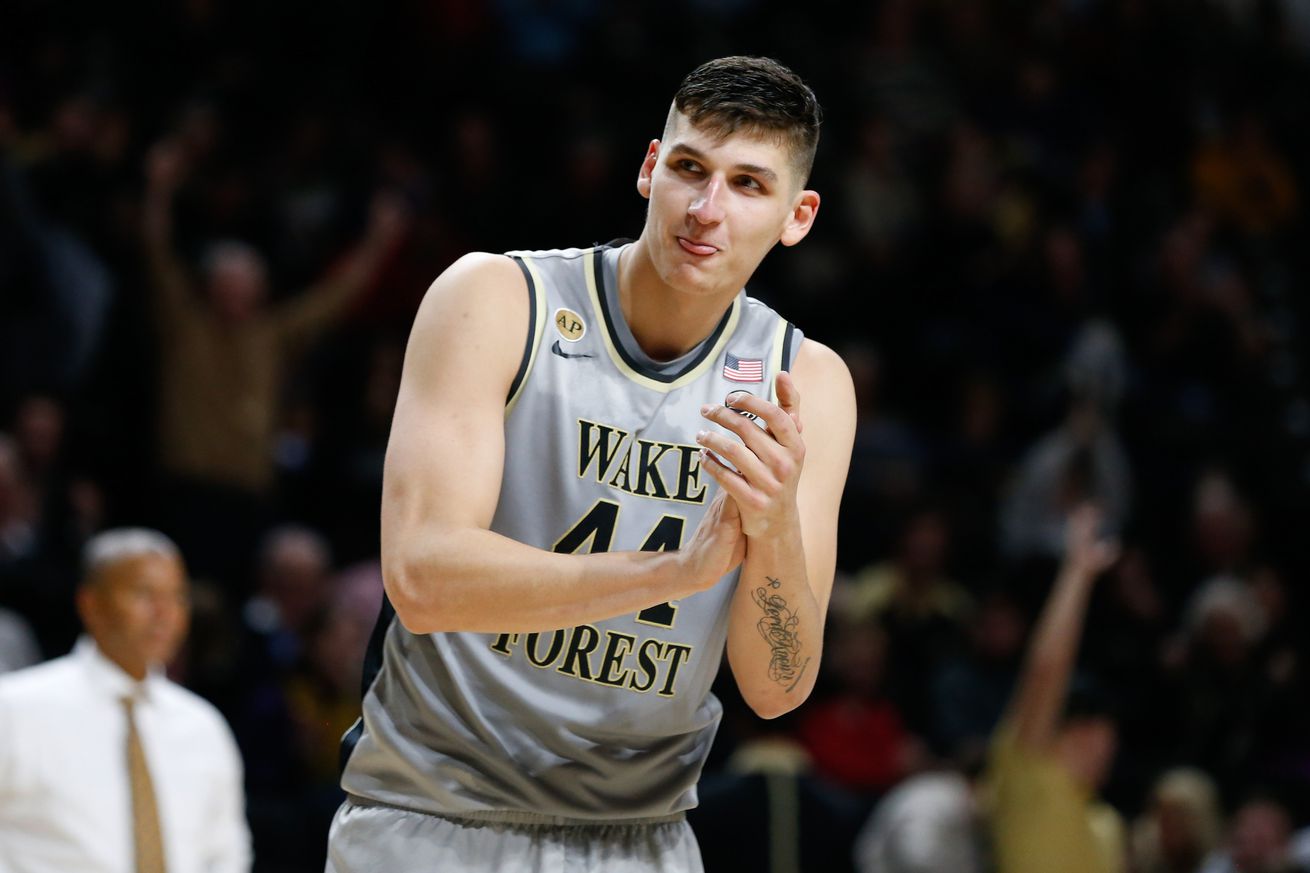 This was reaffirmed by Les Johns a short while ago:

BREAKING: Dinos Mitoglou has indeed signed a contract to play in the EuroLeague & will not be returning to Wake Forest for his senior year.

This is seemingly a complete 180 degree change from Wednesday, when the Wake Forest staff was assured by Dinos Mitoglou that he was returning to finish out the year.

Wake staff has reached out to Dinos Mitoglou, who assured them he's coming back in a couple weeks & there's no truth to reports otherwise.

The deal is described by EuroHoops as “lucrative”, which it must be if Mitoglou changed his mind this quickly on it. He had previously talked about what it would mean to get a Wake Forest degree and have that as well before going professional.

David Pick, a European basketball reporter, tweeted out the following about the contract:

Source: Wake Forest import Konstantinos Mitoglou is on course to signing a four-year, $2M deal in his homeland with Panathinaikos.

We will have another article out shortly breaking down what this means for Wake Forest’s 2017-18 basketball season, but obviously this will impact the team negatively, as Mitoglou was slated to start at the PF spot as a stretch four and give serious minutes to the front court.

In his three years at Wake Forest Mitoglou averaged 9.3 PPG and 5.4 RPG. The 6-10, 225 pound Mitoglou shot 35% from behind the arc for his career. Under Danny Manning and strength coach Ryan Horn, Mitoglou transitioned his game from being a skinny, three-point shooter to a guy who could bang inside with some of the best players in the ACC.

The timing of this news is of particular concern, as there are very few options for the coaching staff to consider adding to the team before the season starts in a couple of weeks.

Congratulations to Dinos for achieving his dreams of playing professional basketball, and we wish you nothing but the best of luck in all your future endeavors.

This article was originally published at http://www.BloggerSoDear.com (an SB Nation blog). If you are interested in sharing your website's content with SCACCHoops.com, Contact Us.
Categories: Clemson, Florida State, Notre Dame, Wake Forest