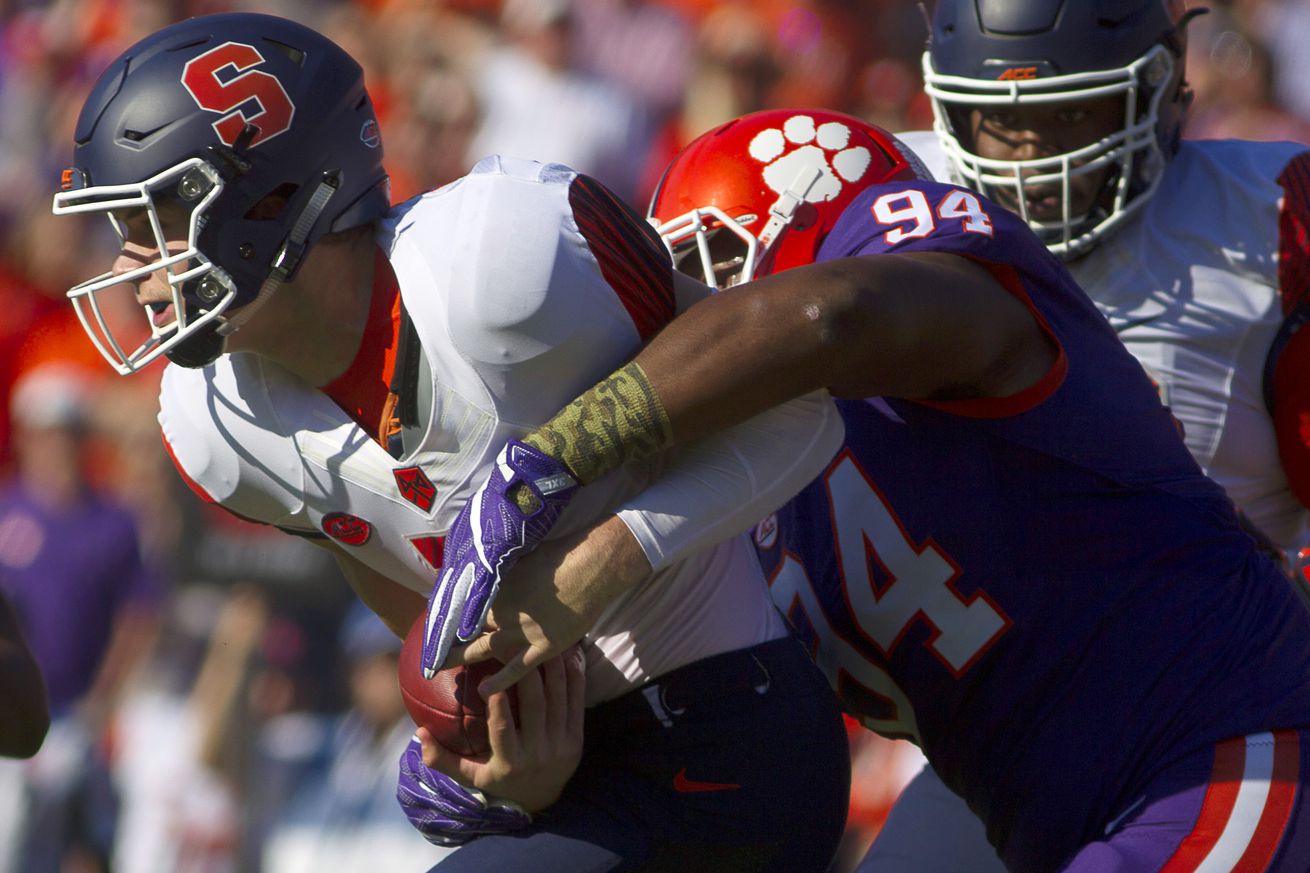 It’s a short week for the Syracuse Orange as they host the defending national champion Clemson Tigers on Friday night at the Carrier Dome. You likely expected Clemson to win this one, and not coincidentally, so does Las Vegas.

Sports books open with Clemson as a 21.5-point favorite over the Orange, though the line’s already 21 at one online betting site. Some sports books haven’t released a line for this one yet, but that’s likely due to the ankle injury suffered by Clemson quarterback Kelly Bryant on Saturday.

Tigers coach Dabo Swinney says he expects him to play, but that could also just be coach speak. Either way, recent games suggest you should pick Syracuse to cover this one.

On the year, the Orange are 3-1-1 against the spread. SU covered three straight starting with the CMU game, before this past week’s push following a three-point win against Pittsburgh.

However, Clemson’s average victory margin is nearly 24 points this season, in case you wanted the opposing viewpoint.

This article was originally published at http://nunesmagician.com (an SB Nation blog). If you are interested in sharing your website's content with SCACCHoops.com, Contact Us.
Categories: Clemson, Football, Pittsburgh, Syracuse