A second half collapse 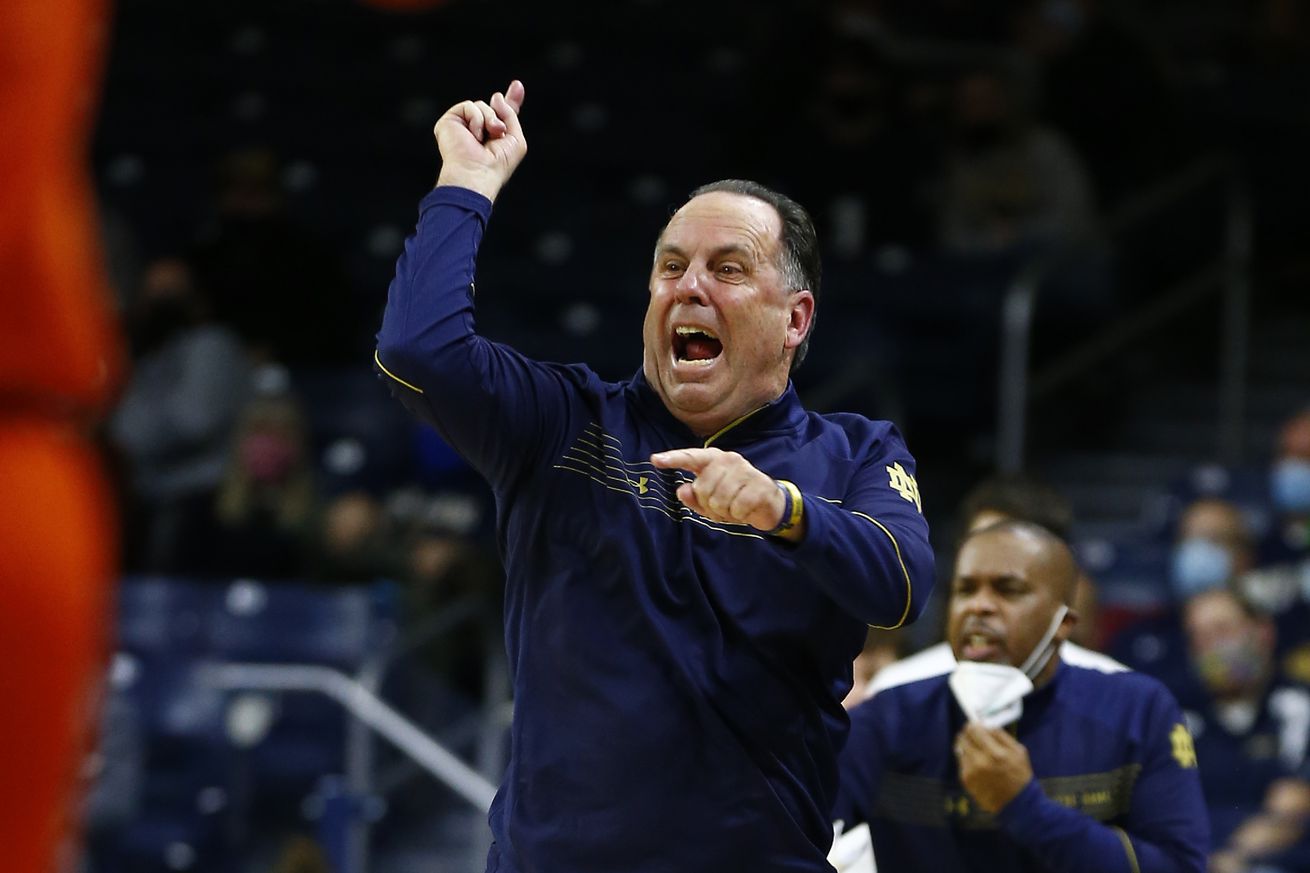 Tonight the Notre Dame Men’s Basketball team played the Virginia Tech Hokies at the Cassell Coliseum in Blackburg, Virginia. The Fighting Irish came into this matchup 10-5 (4-1 ACC), and the Hokies 8-7 (0-4 ACC), and on a six-game win streak. How did the Irish fare against the Hokies? Lets take a look!

Notre Dame started with the first possession and a score by Paul Atkinson Jr. Virginia Tech countered with a quick basket by Keve Aluma, followed by back-to-back Irish three-point buckets by Blake Wesley. Then Nate Laszewski scored on a turnover, and Atkinson Jr. got his second bucket, and the Irish were up 12-4. With 15:44 remaining in the first half Nahiem Alleyne got his first three-point bucket, and the Hokies were within five, 12-7.

Dane Goodwin got his first bucket on a turnaround jumper, followed by a Hokie jumper (Alleyne). ND up 14-9 at the 14:42 media timeout. Following the timeout Atkinson Jr. made two free throw shots. Justyn Mutts made a three-point shot at 13:35 and the Hokies pulled within four, 16-12.

The Hokies made a jumper from the paint at 11:09 (Alleyne), followed by a missed turnaround jumper by Goodwin. Personal foul on Wertz at 9:52 followed by a media timeout. Irish up 21-14.

After the break, Justyn Mutts had a driving layup, which Notre Dame answered with a Atkinson Jr. turnaround jumper. On the next Hokie possession the Irish got a defensive rebound (Atkinson Jr.) which turned into a Goodwin three-point bucket. Irish up by 10, 26-16.

Mutts got his ninth point for VT on a driving layup, which Wesley answered with a jump shot. Laszewski then fouled Mutts who headed to the line and missed both of his shots. Storm Murphy got his first three-point bucket for VT at 3:54, and the Irish lead was down to six, 33-27. Media timeout.

After the break Cormac came out and sunk a three-point bucket, and then Laszewski drew an offensive foul on the next Hokie possession. Hubb missed from deep and the Hokies drew a foul from Cormac, followed by a three-point basket by Murphy. Goodwin missed a jumper and Murphy got the rebound but missed his three-point attempt. Media timeout with 1:41 remaining in the half, 36-30 Irish up.

Laszewski headed to the line after the break and sunk both of his free throw shots, 38-30. VT turned the ball over on a bad pass and then as the time clock was running out Hubb got off a jump shot and sunk it. VT answered with a Aluma dunk and Brey took a timeout with 31 seconds remaining in the half. Ryan put up a jumper and missed, followed by Aluma putting up a jumper and missing, and that was the end of the first half.

To start the second half Notre Dame got points on the board first with a driving layup. Atkinson Jr then fouled Mutt, who went to the line and made both of his shots, 42-34 Notre Dame. Atkinson Jr. was then fouled by Aluma, and Atkinson made 1-of-2 at the line. Alleyne made a driving layup and on the next Irish possession Goodwin missed a three-point attempt.

Atkinson Jr. made a layup to put the Irish up by ten, but VT responded with a jumper by Alleyne. On the next Irish possession Atkinson Jr. made another layup which VT quickly responded to with a three-point shot by Murphy. Media timeout at 14;13, Notre Dame up 50-43.

After the break Mutt made a layup to pull the Hokies to within five. Wesley tried for a layup but it was blocked by David N’guessan, followed by a three-point bucket by Alleyne, and coach Brey called a timeout to refocus his men. 12:55 remaining, Irish only up by two, 50-48.

After the timeout Goodwin missed a layup. Then Catoor missed a layup for VT. Hubb made a driving layup at 12:07 and drew the foul. At the line, Hubb made 1-of-1 free throws and the Irish were up by five, 53-48. Goodwin got a personal foul at 11;20, followed by a short media timeout.

Atkinson Jr. fouled Cattoor, who went to the foul line and made 1-of-2 shots. Atkinson made a layup, followed by a three-point bucket by Alleyne, and the Irish lead was at four, 58-54. Media timeout with 7:54 remaining in the game.

After the break the two teams traded several buckets back and forth and with 6:02 left in the half the Irish lead was barely holding on, 62-61. A Coach technical foul on ND sent Alleyne to the line, who made all three shots to give VT their first lead, 64-62. Notre Dame then turned the ball over and Aluma made a driving layup to increase the VT lead to four. Wesley missed his driving layup but drew the foul and headed to the line and made 1-of-1 to bring the Irish within three.

Aluma pushed Wesley and drew the foul, and sent Wesley back to the line. (Notre Dame is now in the bonus.) Wesley made both shots at the line. Wesley is so calm at the line. He knows he belongs. At the other end of the court VT made a layup (Mutt), followed by a three-point shot by Alleyne, and the Hokies were up 71-65.

Atkinson Jr. made a turnaround layup, and then tipped Aluma’s pass which turned into a Laszewski dunk. Laszewski came in like a hammer! 71-69 VT with 2;39 left in regulation.

Cattoor missed from deep and Atkinson Jr. got the rebound. Hubb missed a layup but drew a foul from Murphy and Hubb headed to the line. Hubb made both shots at the line and it’s a tie game with two minutes left in regulation. 71-71.

VT headed down the court and answered with a dunk by Mutts, 73-71.

Cattoor drew a person foul with 1:26 remaining in the half, sending Wesley to the line who made 2-of-3 shots to tie the game 73-73.

Mutts then went to the line making both of his free throw shots, 75-73 VT.

VT called a 30 second timeout with 50 seconds remaining in regulation.

Murphy made a three-point shot after the timeout and VT’s lead was now five, 78-73.

With 13 seconds left Cormac fouled Aluma who headed to the line and made 1-of-2 free throws, 79-73 VT. And that would be your final score.

On Monday the Irish face Howard University on the road, at 1:30pm.

This article was originally published at http://OneFootDown.com (an SB Nation blog). If you are interested in sharing your website's content with SCACCHoops.com, Contact Us.
Categories: Basketball, Notre Dame, Recap, Video, Virginia Tech