Jim Boeheim pulled his freshman prospect out of his rotation for much of last season. Now both sides depend on making amends. 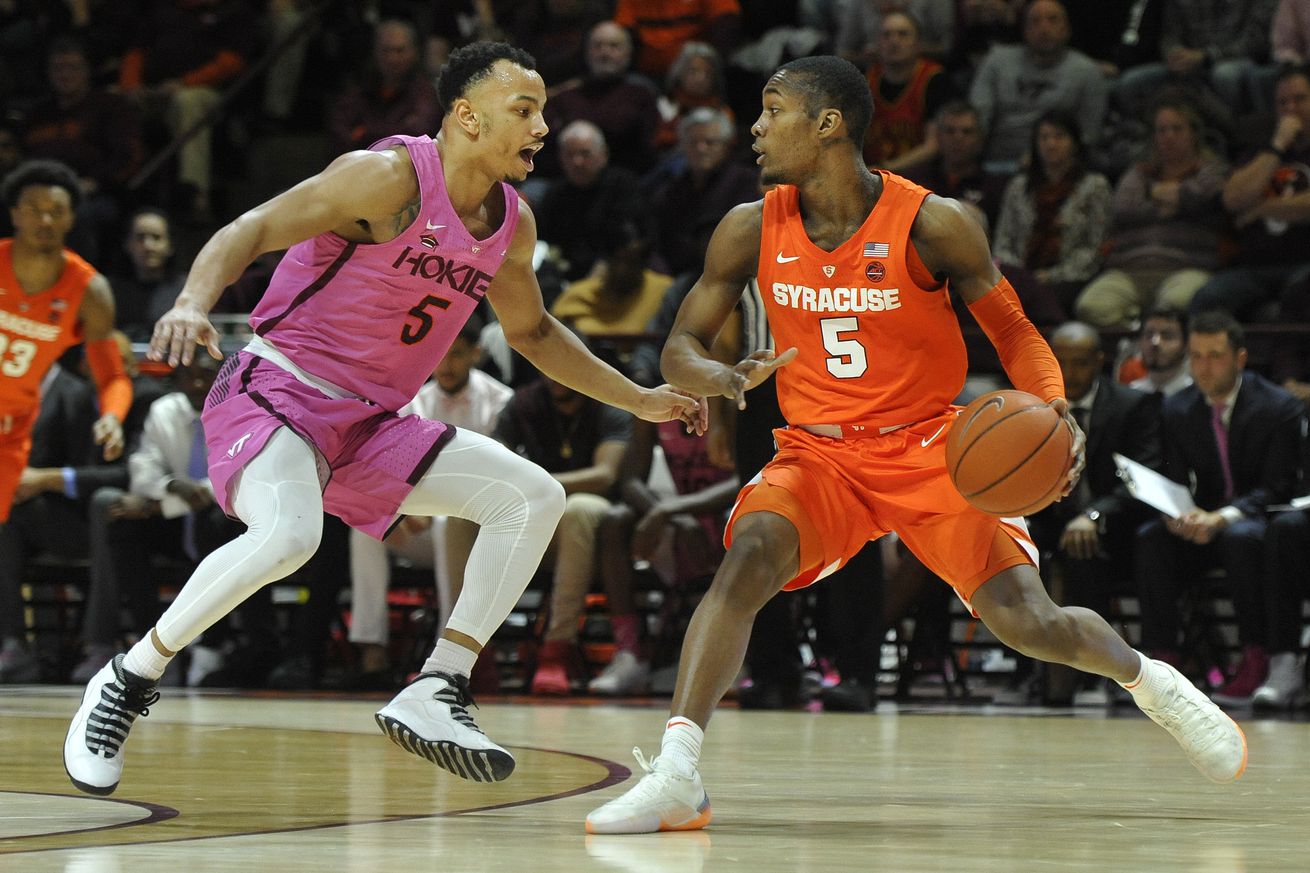 The Syracuse Orange men’s basketball team’s 2018-19 season was filled with more regrets than most in recent memory.

They failed to take advantage of their final run in March with Tyus Battle. Frank Howard thwarted his opportunity to leave a positive lasting image of his tenure, due to a pre-tournament drug suspension. When Buddy Boeheim’s ascent halted in the tourney loss against Baylor, highly-touted freshman Jalen Carey could only chip in three minutes.

Jim Boeheim sat Carey deep down his bench for much of Syracuse’s second half. Despite that, Carey this week that said he never considered transferring in spite of it. For Boeheim, the inability to integrate a player so crucial to the rotation in 2019-20 could translate to a steep learning curve for the offense. Carey, to Boeheim’s credit, did not make the most of the minutes he did receive last year. Regret fell on many fronts.

The turbulence of 2018-19 began with Howard’s preseason ankle injury. Then Carey injured his own ankle in short order and recovered in time to drop double figures twice at Madison Square Garden. He somehow scored little more during his freshman season, despite that flash of promise. Carey and Howard Washington — who suffered a stroke in one of countless unbelievable developments last year — fill the depth chart at point guard.

Boeheim lauded Carey’s practice efforts throughout the season. Though he shot 32% through the post-NYC portion of non-conference play and converted one three-pointer in seven tries. When he scored four points in his 28 minutes of ACC play, including posting a 0 offensive rating in the Georgia Tech loss, he lost his regular rotation minutes.

He entered for more than five minutes just three times for the rest of the regular season. With Howard and Battle swapping point guard duties, his short-lived spurts in games largely came off the ball. Opportunity favored Boeheim, able to knock down shots, over Carey’s 19% regular-season stroke.

Carey is on campus preparing for the inevitable increase in minutes. Adrian Autry, his original recruiter, and Gerry McNamara reminded him of the early misfortune of Michael Carter-Williams and Dion Waiters. Both averaged single-digit scoring in their first year at SU before propelling into NBA lottery picks in strong sophomore showings.

Carey’s interviewed with CuseNation following an offseason workout with Carey emphasizing his ability to impact tempo. McNamara stressed his need to cut down turnovers, after a near 1:2 assist-to-turnover season.

That speed that McNamara and the rest of the coaching staff lauded before last season became a determinate. Carey often played faster than the offense, and with limited minutes appeared stressed to make a quick impact. He recalled feelings of frustration over how he played.

“He needs to be a point guard and he needs to get his shot down so they have to guard him out there,’’ Boeheim said of Carey this offseason. “He’s got the in-between game. He’s a good defender. He’s got to push the ball better. We need to run more for him to be more effective.”

While he sat for long stretches, Carey honed the mental fortitude needed to persist to year two. That allowed him to survive last year’s frustration without considering the NCAA transfer pool, realizing the larger picture.

If Carey can’t escape the struggles of his freshman season, both him and Boeheim may come to regret the progress they could not achieve on the court in his first season. Though things will change drastically for the team’s makeup next year, with Carey likely to be central to what they do on both ends of the court.

He said he matured immensely in year one, but now will be joined by a cast of freshman that will have to experience what he did.

This article was originally published at http://nunesmagician.com (an SB Nation blog). If you are interested in sharing your website's content with SCACCHoops.com, Contact Us.
Categories: Basketball, Georgia Tech, Syracuse

Comments on Jalen Carey prepares to leave regrets behind