Obviously sports is such a small part of the picture in what is happening in the country and all over the world with regard to COVID-19. Sometimes we need sports as escapism because, well, there is a lot to be worried about, angry about and uncertain of. So very rarely is sports tied into the what’s happening in the world, with that in mind let’s talk about basketball. 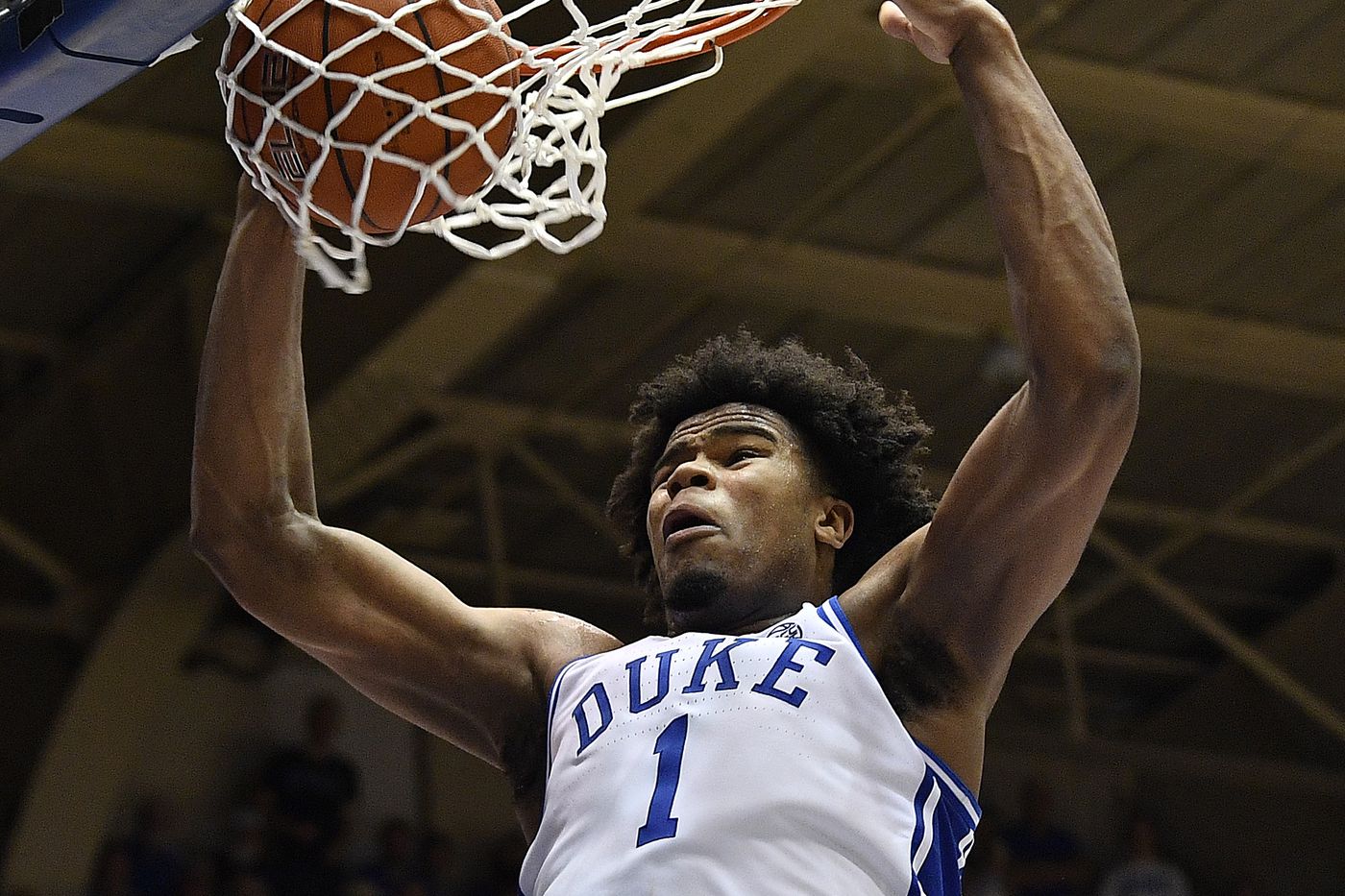 A lot of things were left up in the air regarding Duke basketball and the NCAA at-large. Will there be some sort of senior safety for players that missed the tournament? The argument against is that they played 90% of the year already – is it fair to give an extra year? and how would you reconcile that with teams that probably wouldn’t have made the post season? Will there be some sort of scholarship addition to schools to make up for what’s happened? I doubt it, and would anyone come back anyway? We don’t even know when there will be an NBA, a G-League or even a draft. Smarter people than I will…well, maybe not smarter but people with more power than I will make those decisions.

In the case of the Blue Devils, if there is no rule change or adjustment, we know that Javin DeLaurier and Jack While will both graduate and exhaust their eligibility.  Preferred Walk-On Justin Robinson, who came on late in the season and provided a huge spark for the Blue Devils,  will also exhaust his eligibility.

Duke was also more than likely going to lose Tre Jones and Vernon Carey Jr as well, not sure much will change in that regard. Jones being the ACC Player of the Year and Carey the ACC Rookie of the Year, were both probably draft picks of varying positions depending on what you believe. Both have very little to gain by staying an extra year no matter how much we, as Duke fans, would love for it to happen. It does indeed suck that we didn’t get to see Vernon Carey Jr. in the NCAAT or even the ACCT, nor did Tre Jones get another crack at bringing home a banner.

There are several on the roster who have decisions to make, including Cassius Stanley, Alex O’Connell, Matthew Hurt and Joey Baker. Cassius being the most likely to exit the program due to his age and his upside.  Stanley showed a propensity for the amazing with his athleticism,  Stanley was an excellent finisher who also showed that he was more than capable of shooting the ball well from the outside. Stanley averaged 12.6 points per game and shot 36% from beyond the arc – all good numbers. He could truly make a name for himself in pre-draft workouts as his measurables are probably going to be tops in that realm.  In the case of Alex O’Connell, who is most likely on track to graduate after his junior season finds himself in a position that allots for a lot of options. He could stay for his senior year in the program and be the knockdown shooter that next years team needs or he could be a grad transfer and have his pick of the litter. It will all depend on his mindset and where he feels he is in terms of development and the role he wants to play.  With very little shooting coming in to this upcoming class the decisions will be interesting. O’Connell averaged 5.2 points per game and started 6 games this season. Also with several ball-handlers slated for the roster, O’Connell could find himself with a role as the sole spot up shooter on the wing rather than a 2 guard spot. It all remains to be worked out.

Joey Baker is in a similar position – as a wing player Baker showed some great promise as a shooter but like most players with that reputation there are elements of his game that an offseason in the program will look to address. Baker shot a team high 39% from 3 point range (for those that averaged over 10 minutes per game)

That leaves freshman Matthew Hurt who came into the season with an ear and an eye toward possibly being a one-and-done. He very could choose to take his talents to the next level, he could opt to stay in the program and work on his game, he could also transfer out (with the new relaxed rules regarding transfers it’s conceivable he could play right away – it’s a crapshoot). Hurt was a big part of what the Blue Devils did this year and averaged just under double-figures in scoring at 9.7 points per game. Hurt shot 39% from beyond the arc and started 22 of 31 games for the Blue Devils. For most fans, and Im sure coaches alike, having O’Connell, Baker and Hurt back in Durham would be preferable but in the age of relaxed rules regarding transfers, the G-League being a much more desirable option as well as playing overseas – one never knows.

The most likely players to return in my opinion are Wendell Moore and Jordan Goldwire, Goldwire will be only 1 of 2 point guards in his senior year and could possibly earn a starting role. Goldwire cemented himself as one of the premier defenders in the ACC and expanded his offensive repertoire this season. Some individual work on shooting and ball handling could take the senior guard to an even higher level if he chooses to re remain a Blue Devil. Goldwire went from 0.9 points and .7 assists per game to 4.7 points and 2.3 assists per game.

Wendell Moore came in as the youngest of the freshman class and while the youngster had his issues with turnovers on occasion – that is what 19 year olds do. His play was much more indicative of a freshman, he has the college upside and potential to make a significant leap in his sophomore season. His 7.5 points and 4 rebounds were crucial at times for Duke and he’d have the opportunity to lead next season.

This is all just conjecture and there are many more unknowns than knows for the staff, the players and NCAA as a whole but there is a class of 6 freshman slated to begin their careers in Durham, what we don’t know is who will be remain with the program to join them.

Comments on A Few Thoughts on Pending Blue Devil Decisions