The NCAA needs to evolve quickly to counter NBA changes

College basketball will survive, but it could thrive 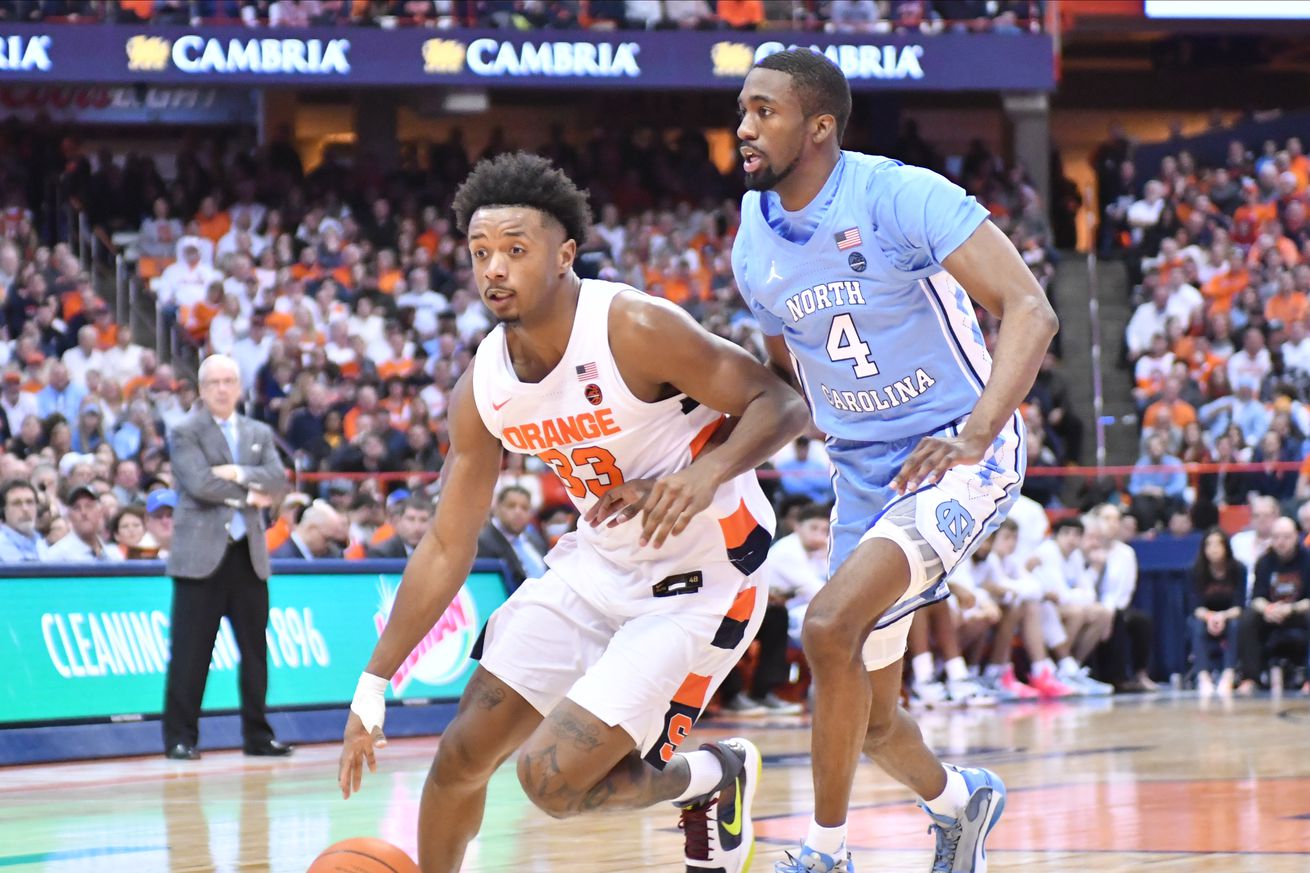 I’m not trying to make Syracuse Orange fans nervous, but the news of Jalen Green bypassing college to sign a G League contract is going to change how the top high school players operate. If you missed that story from Ricky O’Donnell, here are the important parts that fans should focus on:

Green will reportedly earn $500K for his season in the G League, according to ESPN’s Adrian Wojnarowski and Jon Givony, a massive increase from the $125K salary the league offered to high school players last year. Green isn’t just jumping into the league — he’s getting his own team. The California native will headline a new Los Angeles-based team with a primary objective of preparing Green for life in the NBA.

The G League is making Green the centerpiece of a new year-long developmental program that will include guidance from veteran coaches and players to help him assimilate into a professional lifestyle. Green’s team could play games against G League teams that don’t count in the standings, as well as facing international teams and NBA academies throughout the world, according to ESPN. The G League is also reportedly offering Green a full college scholarship he can cash in at any time.

Three years ago, we talked about the NBA making a change to allow basketball players to enter the draft either directly out of high school or after two years of college. The change here comes from watching players like LaMelo Ball and R.J. Hamption decide to get paid while playing a year overseas before entering the draft this spring and being well-regarded prospects just the same.

Not only does it make it more difficult for NBA teams to evaluate these players, but the league is losing the opportunity to see the name recognition of them rise among casual basketball fans. The opportunity being given to Green is significantly better than what former Syracuse commit Darius Bazley received because Green’s got more supporting his development and he’s still going to end up with a sneaker contract among other endorsements.

If players are going to go to college, it makes sense for the NBA to provide an incentive for them to remain in the U.S. and to give the league to opportunity to develop the player on and off the court. Now this doesn’t mean that all of the top high school players will go this route but a talent like Dior Johnson who brings skill on the court and name recognition off of it is likely to be under consideration for such an offer. While we can pretend that no NCAA school could match a $500k offer there is another way the NCAA schools can implement a change to strengthen college basketball.

Dan Wetzel of Yahoo Sports wrote about an idea that I’ve long advocated for: the NCAA changing the rules for the NBA Draft to match those used for the NHL Draft (and the rules for every draft should really mirror what we have in hockey). Hockey players don’t need to declare for the draft but if they are selected they are allowed to use an agent to advise them and have 72 hours to decide to go pro or go to college. If they choose to go to college their draft rights remain with the team who selected them for four years and the player isn’t allowed to leave college in-season.

Now there’s chaos every spring as NHL teams seek to convince players to leave once their seasons end but it gives coaches time to fill open spots with recruits or transfers. It also allows players who want to finish a degree or complete their eligibility the option to do so knowing what their pro prospects look like. If you combined this eligibility rule with the ability for athletes to get income from use of their likeness now we might see an even stronger college basketball environment.

Let’s imagine that this was the case for the NBA and NCAA Basketball and use Elijah Hughes as our example. With these rules Hughes could wait to see if and when his name would be called on draft night. He could work with an agent and if he was actually selected by the Orlando Magic as projected in the most recent ESPN mock draft he would have a short time to decide his plan. If the Magic told him they were going to keep him in the G League next year maybe Hughes opts to return to make one more run with the Orange. With the ability to make some endorsement income along with knowing the Syracuse offense would run through him it might be better than fighting for shots with other prospects.

Obviously it’s all speculation at this point, but if the NCAA isn’t quick to adapt it’s going to lose some talented players that could kept with a little bit of change to the status quo. Otherwise we’ll be lamenting more players who commit but never attend a college along with those who leave college and go undrafted. These rule changes might mean that college coaches would need to leave room within their 13 scholarships to welcome back those players who get drafted who want to return... but isn’t this a problem most would welcome?