No decision has been made at this time. 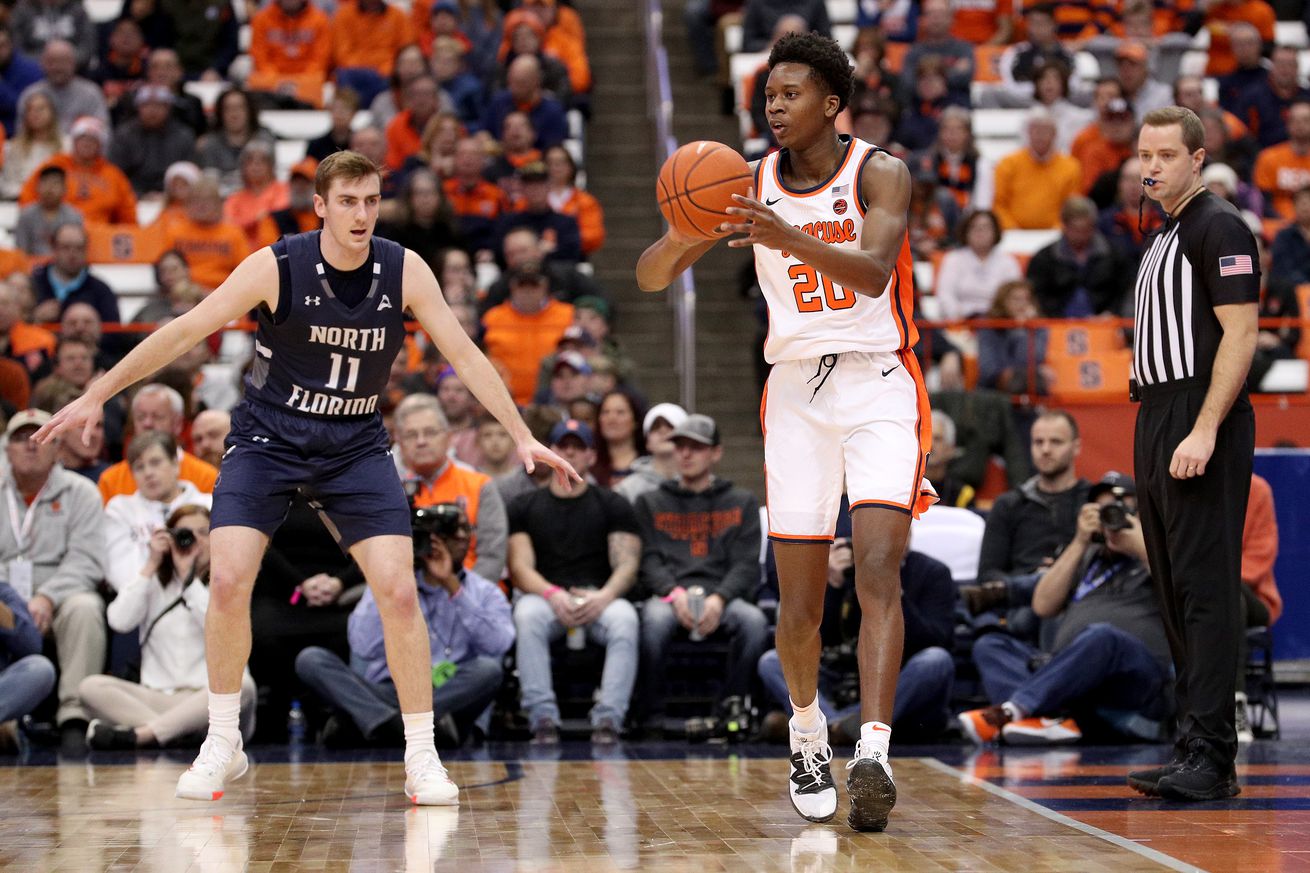 Syracuse, N.Y. — The Syracuse Orange men’s basketball team is looking into a medical redshirt for sophomore forward Robert Braswell, but hasn’t made a decision yet, according to head coach Jim Boeheim.

Following Syracuse’s win over Niagara on Saturday, Boeheim said the team was looking into the possibility of redshirting Braswell.

“We’re still working with Robert on his legs,” Boeheim said. “We’re still trying to figure out what the best option for him is. We haven’t made a decision there. We will make one soon.”

Boeheim continued by saying that Braswell has had constant pain in both of his legs. The team has tried some physical therapy, but it hasn’t completely assuaged the pain.

Braswell said after the game that his pain is in both legs and it’s similar to shin splints, but more painful.

“It’s just at the point now where I kind of can’t deal with it any more,” Braswell said.

Braswell has played in seven games this season. In order to qualify for a medical redshirt, players cannot play in more than 30 percent of the team’s games. Syracuse has 31 games scheduled for the 2019-20 season. Braswell could play in two more games before Syracuse has to make a final decision.

“I’m thinking of his long-range career. I think he’s got really good potential. But he really can’t go full speed. I think it would help him if he did take this year (off). That decision hasn’t been made yet,” Boeheim finished.

This article was originally published at http://nunesmagician.com (an SB Nation blog). If you are interested in sharing your website's content with SCACCHoops.com, Contact Us.
Categories: Basketball, Injury, Syracuse