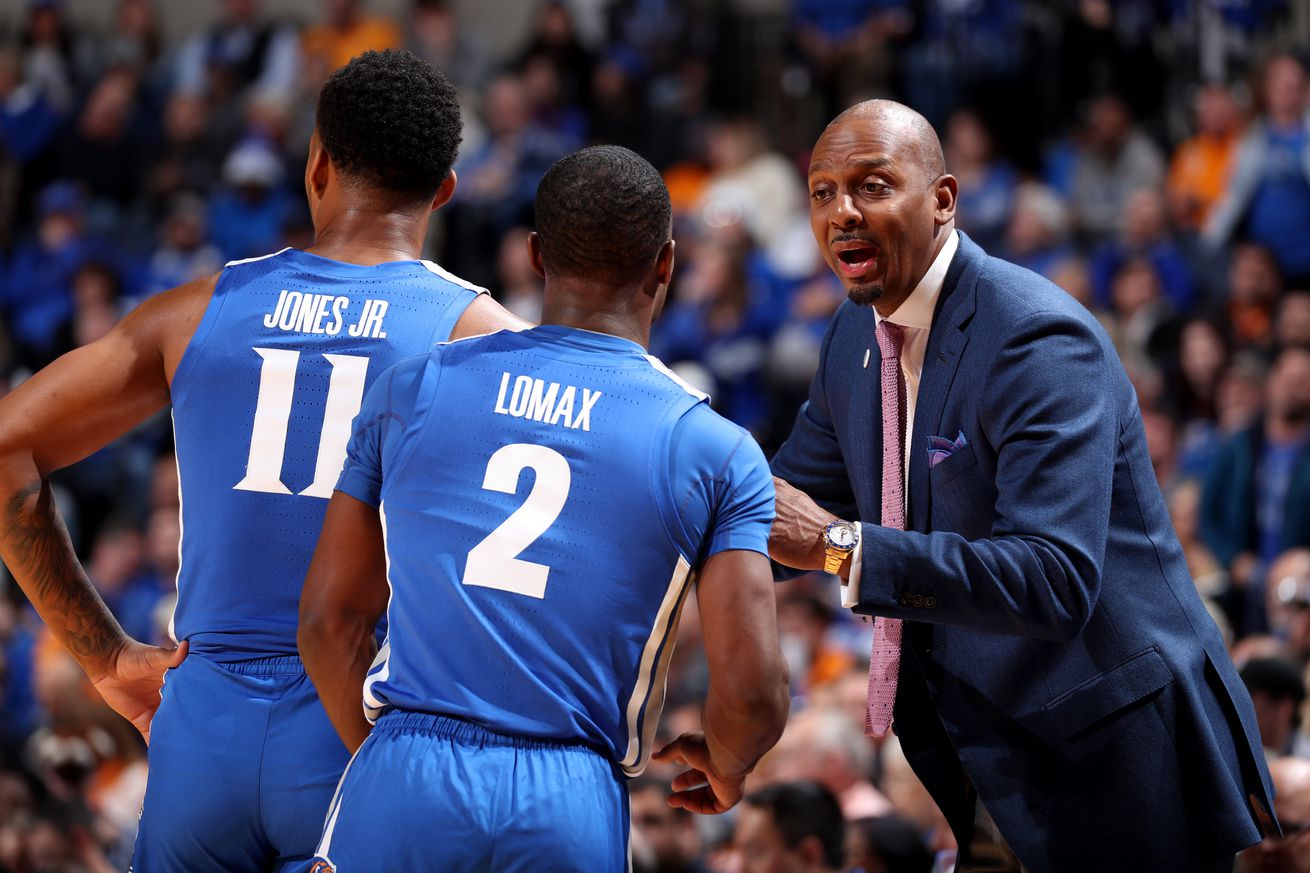 Memphis basketball is just 8-5 right now, but first-year head coach Penny Hardaway has already succeeded in a number of areas. A top five recruiting class headlined by the No. 1/2 player in the class (James Wiseman) is on the way, the Tigers have already had their first home sellout since John Calipari’s last season on the job, and Memphis basketball is being discussed on a national level again.

The other area where Hardaway has had success is in stirring the rivalry pot.

Memphis got Tennessee back on the schedule this year, and though the Volunteers won the game by 10, the real story was the aftermath. Some pushing and shoving in the game’s final moments led to a back and forth war of words in the press conferences of Hardaway and UT head coach Rick Barnes. The final words of Hardaway’s presser days later were “Rick Barnes, get the f—k out of here.” So, the next two games on the current three-year contract between the two programs ought to be interesting.

Hardaway has also lobbed shots in the direction of John Calipari and Kentucky. As if taking D.J. Jeffries and James Wiseman away from Coach Cal wasn’t enough, Hardaway has stated multiple times that he wants to see the Tigers and UK go at it on the court.

“We want to play Kentucky,” Hardaway said back in August. “We’ve been talking about it, and I’m going to continue to talk to (Calipari) about it. Because them, Duke and North Carolina, those are teams you want to play on national TV because it’s going to be watched.”

Calipari has shot down the interest in taking on his former school.

Now, it seems as though Hardaway has his eyes (and words) focused on Louisville.

Penny Hardaway called the Memphis-Louisville rivalry “one of the best ever.”

He added that he would “love” to get that game back on the schedule.

As much fun as renewing the rivalries with Memphis and Cincinnati would be, there’s an evil part of me that loves playing the “it would benefit them so much more than it would benefit us” card. I don’t even necessarily believe it, and I hate doing it with other good mid-major/group of five programs in basketball or football, but with these two, it makes them mad and that makes me happy.

For instance, if we go 2 billion years without playing Cincinnati in football or basketball again, the lasting images of that rivalry are going to be the Teddy Bridgewater hero game at Nippert and the Russ Smith buzzer-beater inside Fifth-Third Arena. I’m cool with that, and I’m cool with the Keg of Nails staying here forever.

The other thing to consider here is that the ACC is moving to a 20-game conference schedule starting next season. That means Louisville is going to have two less non-con games to work with moving forward. You already have Kentucky, you have a series with Western Kentucky starting next season, you have the ACC-Big 10 Challenge game, and then you have one of the annual November events that’s going to occupy either four or five games (the actual tournament itself and then the multiple campus games). That doesn’t leave a whole lot of wiggle room for scheduling.

If a series with Memphis happens, cool. If it doesn’t, I’m cool with that too.

I’m just glad this news gave us the opportunity to mess with people last night.

No, it's Memphis State. https://t.co/YMgQm9IZVN