L’s up out of nowhere. 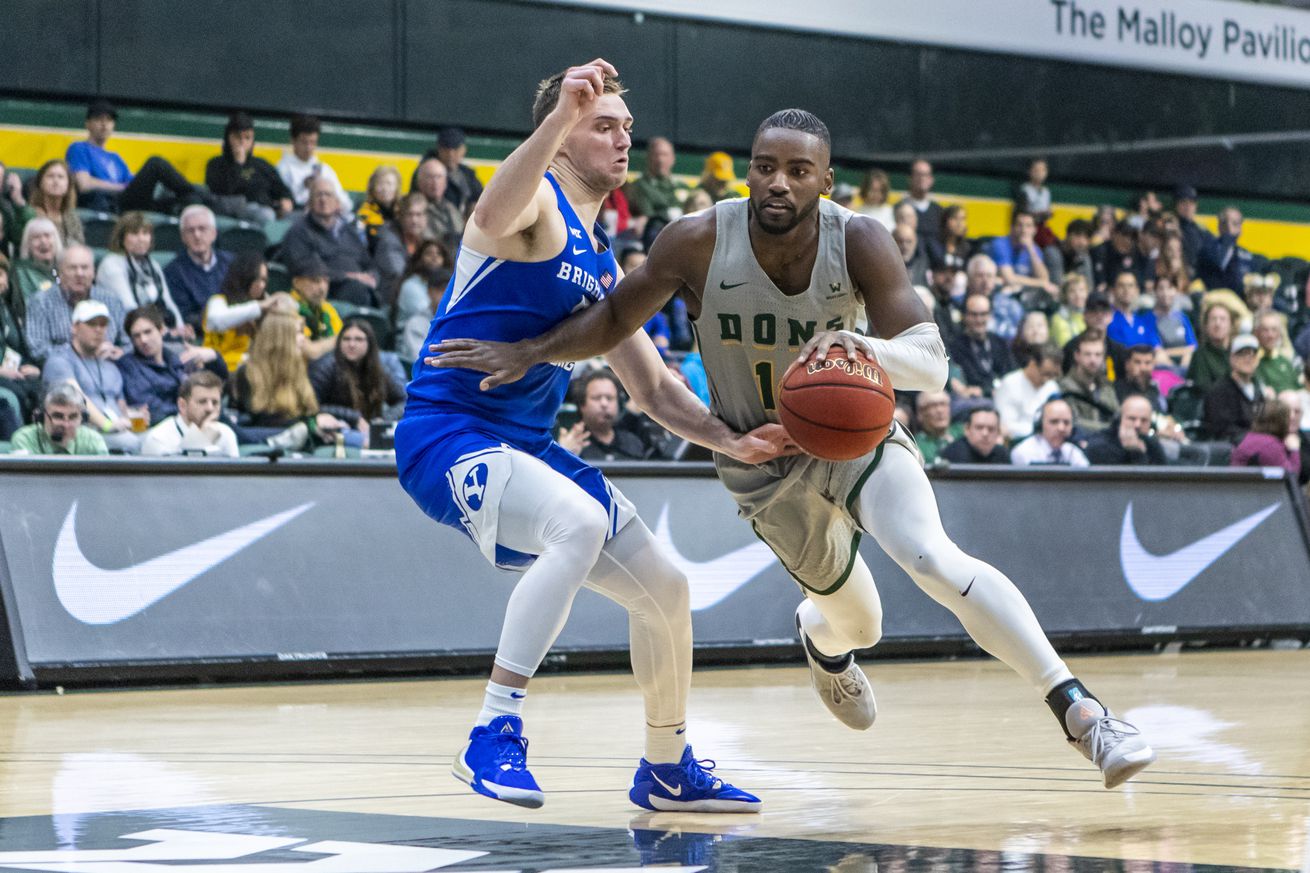 Out of nowhere, Louisville has emerged as the landing spot for San Francisco graduate transfer guard Charles Minlend.

The explosive 6’4 Minlend had previously listed a final seven of Arizona, Indiana, Gonzaga, BYU, Butler, Arkansas and Mississippi State. Then, in a sequence that seemed to catch everyone but the players by surprise, we got the Chris Mack “L’s Up” tweet late Sunday, followed by the news that Minlend would spend his final season of college basketball as a Cardinal.

Minlend was a Second Team All-West Coast Conference selection in 2019-20 after averaging 14.4 points, 4.7 rebounds and 1.8 assists per game. He averaged double figures in scoring in all three of his seasons at San Francisco, where he became just the sixth USF player in the last 35 years to score 450 or more points in back-to-back seasons.

As someone who watched the Dons play probably six full games this past season, here’s what I’ll say about Minlend: He is a tremendous athlete who is constantly playing with an edge and an attacking mindset. As a result he gets to the line — a place where he needs to improve — a ton, and he also has a pretty terrific highlight package. He’s an extremely capable defender with a flare for the highlight block.

The downside? He’s never going to be a tremendous shooter or a tremendous ball-handler. Think more Khwan Fore in those areas. Thankfully, with David Johnson and Carlik Jones also gracing the backcourt, he’s not going to be relied upon too heavily in either department.

Another bonus with Minlend is that he’s coming from one of the most forward-thinking programs in the country in USF, where he played for two of the smartest coaches in the game in Kyle Smith and Todd Golden. He shouldn’t have much trouble adapting to a fresh system at Louisville or grasping anything new Mack throws his way.

I might have a slightly higher opinion of Minlend than I should considering that he seemed to play all of his best games when the Dons were on national TV. But that’s also another check on Minlend’s side considering those games were against Gonzaga, Saint Mary’s, Stanford and a solid Pacific team in the WCC tournament. He was at his best this season when the competition was the best, which is a great asset for an “up” transfer to have.

Louisville still needs help in its front court, but with Jay Scrubb confirming last week that he will never be a Cardinal, Chris Mack suddenly found himself with an extra scholarship at his disposal. This was a good way to use it.

Welcome to the squad, Charles.