Latest Bracketology has Tar Heels as a top seed for NCAA Tournament - SCACCHoops.com

A big win over Virginia was enough to put the Tar Heels back on the top line. 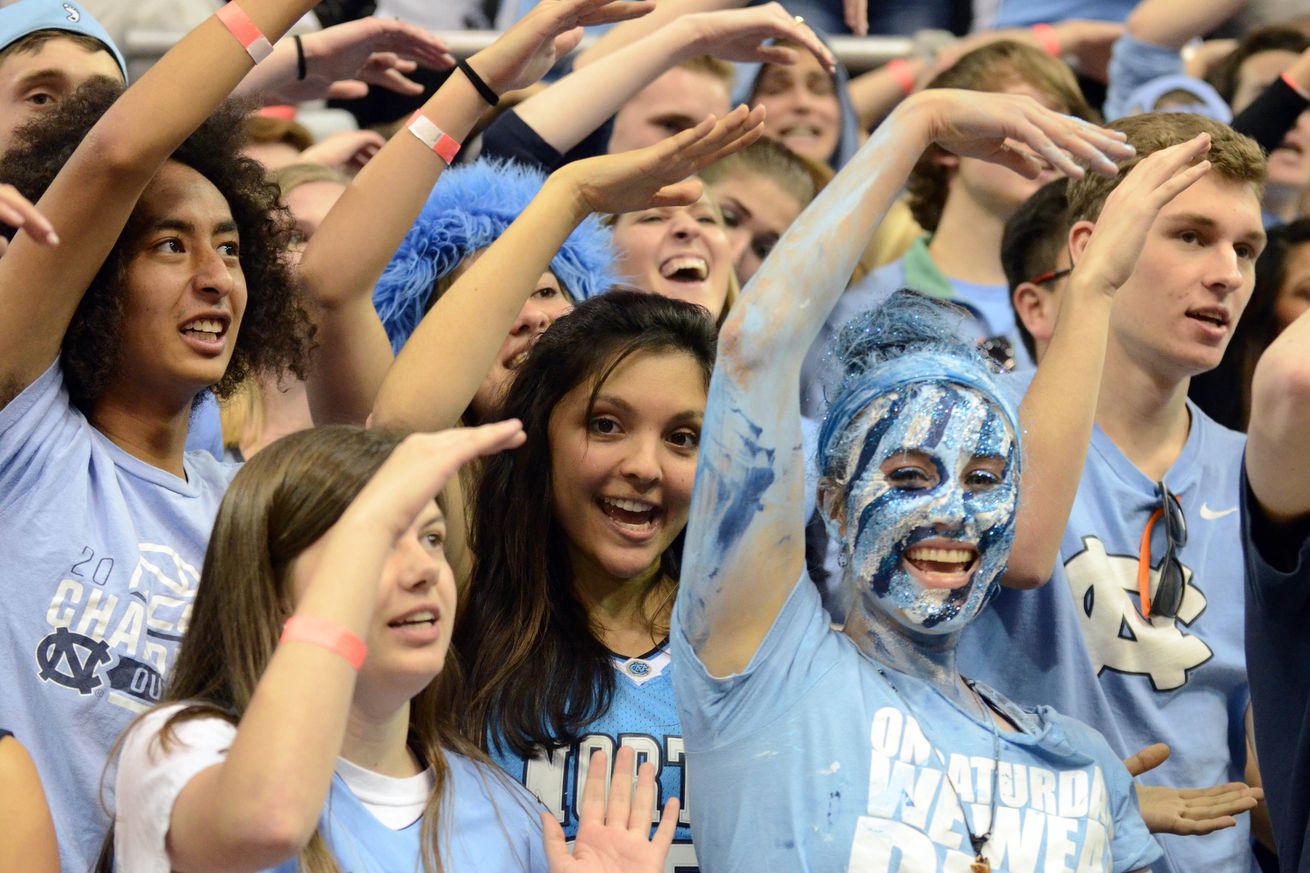 As the conference season winds down and we march toward...March...and the NCAA Tournament, guys who are paid to project brackets for the NCAA Tournament stay busy. There is still a considerable amount of basketball to be played before Selection Sunday, but the latest Bracketology released by Joe Lunardi is promising for North Carolina.

The Tar Heels got a big win over Virginia at the Smith Center on Saturday, which propelled them back to a one seed in Lunardi’s latest bracket. UNC was about to leap frog over the Baylor Bears, who have not looked as good as of late. This would make UNC the 4th of the four #1 seeds for the time being with plenty of time left to improve that.

Lunardi has the Heels leading the South region, opening in Greenville, South Carolina. Greenville is, of course, the location that games originally planned for Greensboro, North Carolina, were moved to. We’ve already discussed the implications of the Tar Heels not being able to open in their own backyard in a place like the Greensboro Coliseum, but at least Greenville is only a couple of hours by car from Chapel Hill.

The draw for Carolina in Lunardi’s latest bracket would be a fairly favorable one. It features Baylor as the regions two seed, Florida as the three seed, with UCLA, SMU, and Notre Dame rounding out the top six seeds. Nothing is ever a cake walk when it comes to the tournament, but it would be hard to feel too bad about that set of circumstances.

The ACC has ten teams in the field in Lunardi’s bracket with Clemson and Wake Forest just outside in the first four out. Another ACC team, Pittsburgh, is in the next four out. It’s an impressive showing for the conference in what has been a very good season for the ACC. They lead all conferences with their ten teams, ahead of the Big 12 and Big 10 with seven teams each. Villanova, Kansas, and Gonzaga are Lunardi’s other top seeds in this latest bracket.

UNC still has work to do. They have a tough test coming up against Louisville at the Smith Center with the Cardinals coming in as a Top 10 team. Carolina still leads the ACC, but has to finish the season strong to enter the ACC Tournament on a high note. Of course, the Heels still have a home game against Duke to contend with as well.

How the Tar Heels are able to perform in the closing games of the regular season and in Brooklyn at the conference tournament will greatly impact their final seeding. They may be deserving of a top seed, but they are going to have to earn it.

This article was originally published at http://tarheelblog.com (an SB Nation blog). If you are interested in sharing your website's content with SCACCHoops.com, Contact Us.
Categories: Basketball, Clemson, Duke, Louisville, Notre Dame, Pittsburgh, UNC, Virginia, Wake Forest