The Irish look to improve to 3-0 in the ACC against a tough Clemson Tigers team. 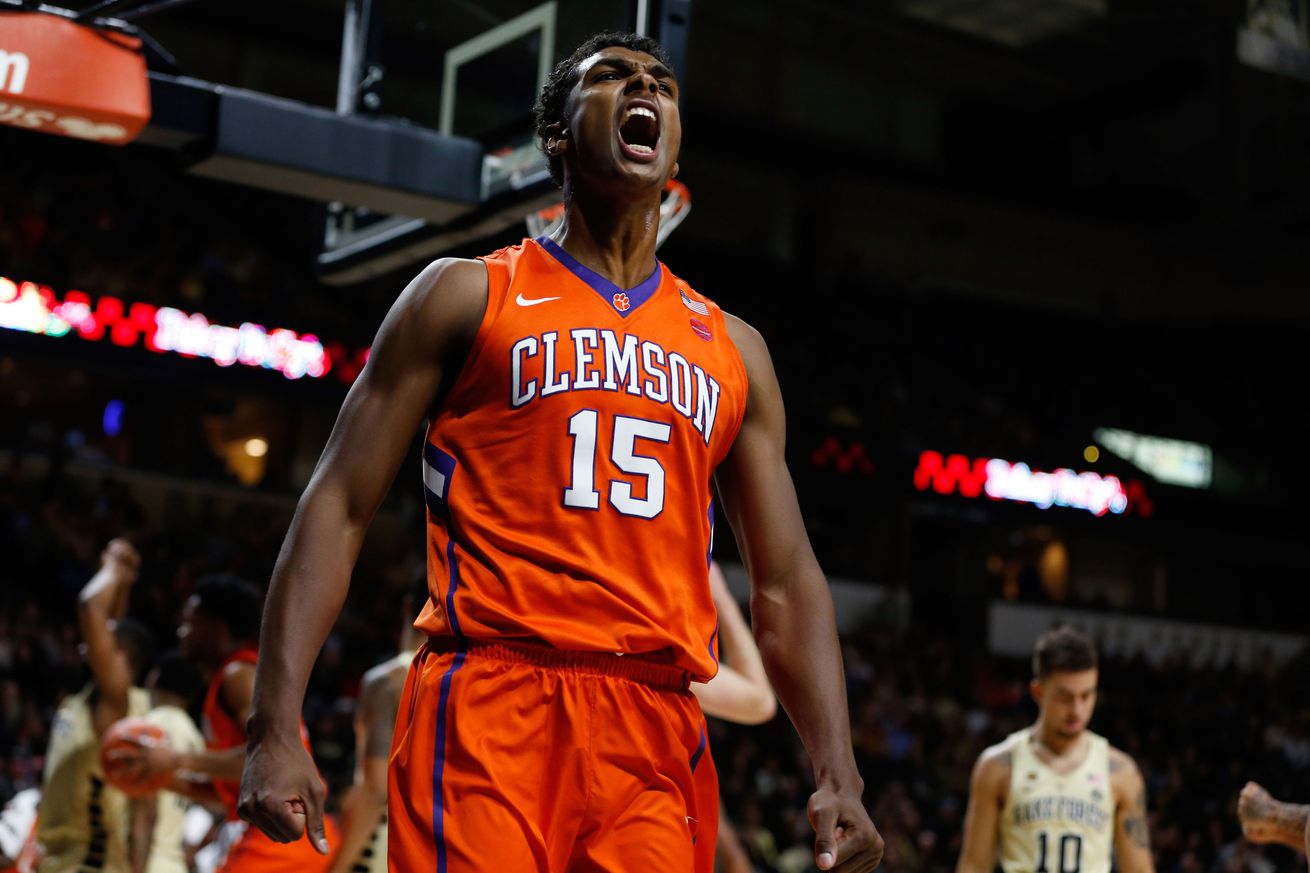 Before the Clemson Tigers look to avenge last year’s to Alabama on Monday night in the College Football Playoff, the Tigers basketball team will be looking to pay back Notre Dame for four straight losses on Saturday afternoon in Purcell Pavilion. The Irish took down the Tigers last year at Clemson 89-83.

The Tigers come in at 11-3 (1-1 ACC) with losses to Xavier, Oklahoma, and North Carolina. Last time out Clemson took the Tar Heels to overtime, but fell 89-86. There is no easy out in the ACC this season, so the Irish will have to bring their A-game.

Notre Dame (13-2, 2-0 ACC) rides in as one of two undefeated teams in the ACC (the other being Florida State). The Irish took down the No.9 Louisville Cardinals on Wednesday night 77-70.

Where: Purcell Pavilion at the Joyce Center, Notre Dame, IN

How to Watch: ESPNU, WatchESPN

The Tigers went just 17-14 (10-8 ACC) last season, but they return a good chunk of their roster. This year the Tigers have NCAA Tournament hopes as they brought back do-it-all wing Jaron Blossomgame, as well their second and third leading scorers Donte Grantham and Avry Holmes.

They also have a newcomer in transfer Marquise Reed from Robert Morris. Reed has been a key weapon off the bench for Brad Brownell’s squad, as he is the Tigers’ third leading scorer at 10.8 points per game. In his first two ACC games Reed is averaging 19.0 points per game.

Because of their veteran and deep roster (seven players average over 20 minutes) Clemson is capable of beating anybody. They hung well with North Carolina and Xavier, and earned victories against a ranked South Carolina, Alabama, and a Nebraska team who has made some noise in the Big Ten. Brownell is in his seventh season as the head coach of the Tigers and has only made the NCAA Tournament once, so this is a make or break season for him.

Defensive Rebounding: The Tigers rank 292nd nationally in defensive rebounding percentage. Notre Dame found a way to out rebound long and athletic Louisville team on Wednesday night, suspect them to do the same against Clemson.

Three point shooting: Clemson are not going to fill it up from the outside. They rank in 169th in three-point shooting percentage, as well as 135th in points from three-pointers.

Sharing the Rock: The Tigers are averaging just a tick over 13.5 assists per game. That ranks 152nd in the country. Notre Dame on the other hand averages 17.8 - good for 12th overall.

Taking Care of the Ball: The Tigers cough it up 11 times per game, which is good for 20th nationally. This should be a clean game because the Irish are in the top ten in turnovers per game.

Fouling: The Tigers do a great job of not fouling and in turn they limit opponents free throw attempts. Clemson fouls just 14.9 times a game - good for third nationally - and their opponents shoot just 12.4 foul shots per game - also good for third nationally. We saw how Notre Dame essentially put the game away at the line against Louisville, that may not be the case on Saturday.

Although he’s never beaten the Irish, Blossomgame has caused fits for them in the past. In four games against Notre Dame the senior has averaged 17.8 points per game and has shot 62% from the field. In last season’s matchup Blossomgame dropped 30 points on 13-19 shooting. This season he’s averaging 17.8 points, 5.9 rebounds and is shooting almost 50% from the field. His outside game has taken a drastic downturn though. Last year he shot nearly 45% from three, this season he’s just 16% from the outside.

Mitchell is a transfer from Vanderbilt and so far has been solid manning the point for Clemson. In 10 games this season he’s averaging 9.8 points, 3.2 assists and 2.2 rebounds per contest. His 3.2 assists leads the team. He’s also capable of stepping out and knocking down the three as shown by his 43% 3P%.

Colson has been hot to start ACC action. In his first two games he’s picked up his conference leading eighth and ninth double-doubles. Colson will have a tough matchup with one of the ACC’s best rebounders in Sidy Djitte. Both Colson and Djitte both rank in the top 5 in rebounding in the ACC - Colson leads with 10.8 RPG. Despite the tough matchup, I’m sticking with Colson. Colson has had tough matchups before and still finds a way to get his numbers.

This is the last game without the students in the building, so again it will be a more tamed crowd. That being said, the crowd was pretty lively on Wednesday night against Louisville. Notre Dame has yet to lose in Purcell Pavilion this season and I don’t see Clemson being the ones to snap that streak.

Clemson is a solid team though and will give Notre Dame everything they can handle. I see this one close most of the way, with the Irish pulling away in the second half. Blossomgame will have an excellent game, but Colson, Steve Vasturia, and Matt Farrell will be too much in the end.

This article was originally published at http://OneFootDown.com (an SB Nation blog). If you are interested in sharing your website's content with SCACCHoops.com, Contact Us.
Categories: Basketball, Clemson, Florida State, Football, Louisville, Notre Dame