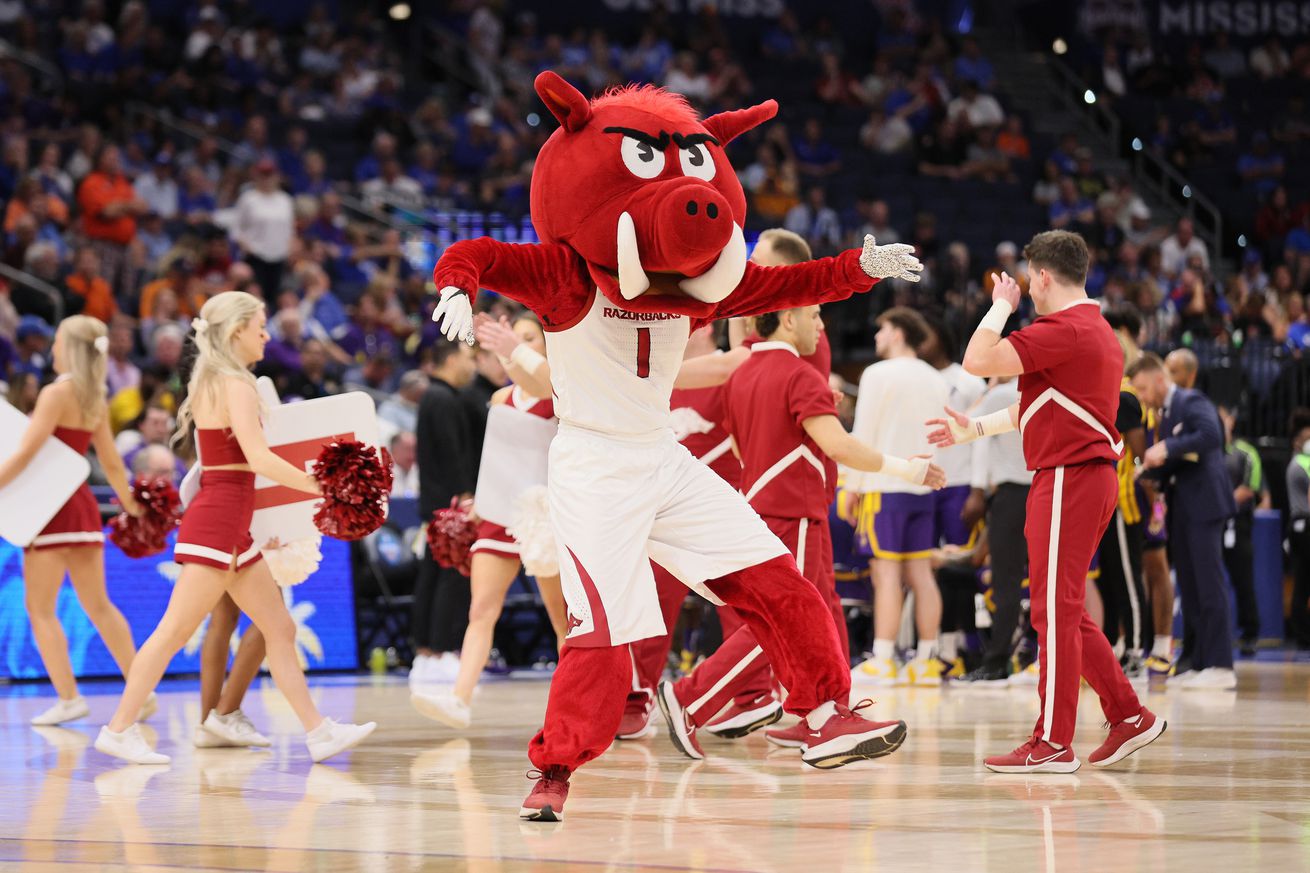 Fourth-year head coach Eric Musselman has reinvigorated an Arkansas program that had been more down than up since its heyday in the early-mid ‘90s. The Razorbacks have played in back-to-back regional finals, their first appearances in the Elite Eight since going to back-to-back national title games in 1994 and 1995.

Now, the Hogs appear poised to take the next step.

The bad news for Musselman this season is that he has 11 new players. The good news is that those players are comprised of the nation’s second-ranked recruiting class and one of the top transfer hauls in the country.

Pound-for-pound, you can probably count the number of teams in college basketball with more talent than Arkansas on one hand. The current 2023 NBA mock draft from NBADraft.net has a whopping four Razorbacks being selected in the first round, and two in the top 10.

The next level conversation in Fayetteville starts with All-American candidate Nick Smith. The freshman star, who has been billed as “the best NBA prospect in college basketball this season,” has yet to see the floor in three games this season as he nurses a right knee injury. He’s still listed as “day-to-day” by the school and there’s no word on whether or not he’ll see the court this week in Maui.

Arkansas’ best player so far this season has been Wichita State transfer Ricky Council IV. The Wichita State transfer enters Feast Week averaging team-bests in both points (18.7 ppg) and assists (3.7 apg). Musselman loves to use the uber athletic 6’6 guard in iso situations, where he is an absolute nightmare for opposing defenses.

Sophomore forward Trevon Brazile, a Missouri transfer, is currently averaging a double-double at 14 points and 10 rebounds a game. Though he’s a few inches taller, Musselman likes using Brazile at the 5 the same he used 6’7 Justin Smith during last season’s Elite Eight run. He’d be a problem wherever Muss put him because he’s capable of doing this:

Davote “Devo” Davis, the rare three-year veteran in this program, is the team’s other double figure scorer at 12.7 ppg. The 6’4 junior guard went from starter to sixth man last season, and the Razorbacks’ season fully hit its stride when he did. Davis is the type of guy that every national title contender has to have: The one who’s willing to do the dirty work while his more hyped and perhaps naturally talented teammates get the attention from the pro scouts. Davis is a dog, and if Louisville doesn’t match his energy, he’s fully capable of eating the Cardinals alive.

After playing two of its first three contest against opponents looking to play a halfcourt game, the Cards will receive a jolt in tempo on Monday. Musselman’s teams always play at one of the fastest tempos in the country, and this Arkansas team will be no different. The Hogs head to Maui playing at the 55th-fastest pace in Division-I.

While slowing Arkansas’ group of freak athletes down in transition will be a task enough for U of L, finding ways to score on the end of the floor might be the toughest assignment the team faces.

The Razorbacks enter this week ranked third in the country in adjusted defensive efficiency. Opponents are shooting just 22.2 percent from three against them (12th-best in the country), and only 40.8 percent inside the arc (29th-best in the country). Arkansas is also turning their opponents over on 28.4 percent of possessions — the 8th-best mark in D-I — and recording steals on 16.9 percent of possessions. For a Louisville team that enters the evening with 50 turnovers against just 27 assists, this is clearly a concern.

Looking for reasons for optimism? There are a few.

For starters, Arkansas does not shoot the ball particularly well from the outside, connecting on just 27.1 percent of their three-point attempts. Also, this is still a team loaded with youth and inexperience playing with one another. It hasn’t seemed to negatively impact them just yet, but they also haven’t exactly played a murderer’s row of opponents in South Dakota State, North Dakota State and Fordham.

The up-tempo style should play to Louisville’s strengths better than the tempo against App State or Bellarmine did, and if the Cards can gain some early confidence and maybe shake the confidence of their youthful opponents, then who knows? It’s certainly easier said than done.

—This will be the eighth meeting between Arkansas and Louisville. Louisville owns a 4-3 advantage in the series with five of the meetings coming on neutral courts — the first four during the NCAA Tournament. The teams played a home-and-home series in back-to-back years (1996-97 and 1997-98) with the visiting team winning each time.

—Through three games, the Cardinals have been outscored by a combined 113-92 in the first half, but have outscored their opponents 106-88 in the second half.

—Louisville guard El Ellis’ 72 points are the most by a Louisville player in the first three games of a season since Wes Unseld had 101 points against Georgetown College (45), Kansas (20), and Northwestern (36) to open the 1967-68 season. Ellis is the first Cardinal to score at least 29 points in back-to-back games since Reece Gaines (current team video coordinator) did it against TCU and Marquette on March 6-7, 2002.

—Arkansas’ 76 wins since Eric Musselman’s arrival in 2019 are the most of any SEC team over that span.

—Louisville has a 244-67 record against non-conference opponents over the last 21 seasons (includes post-season).

—Louisville is 14-0 over the past 10 seasons when limiting opponents to no more than one three-point field goal.

—Louisville has won 156 consecutive games when scoring at least 85 points in regulation.

This article was originally published at http://www.CardChronicle.com (an SB Nation blog). If you are interested in sharing your website's content with SCACCHoops.com, Contact Us.
Categories: Basketball, Louisville, Preview