Duke travels to the Breslin Center to take on Michigan State on Tuesday night. 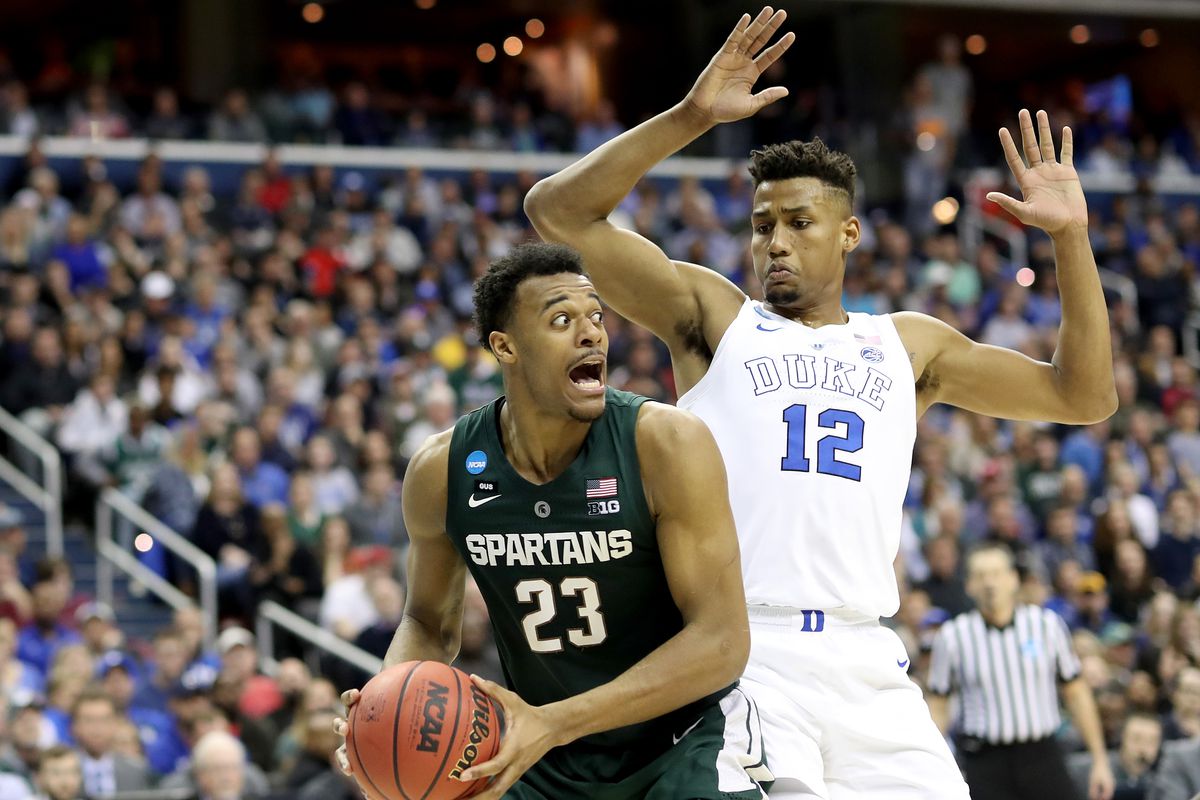 The Spartans enter the game against Duke at 5-2, having lost to Kansas and Virginia Tech so far this season. They are coming off of a win against UCLA and are led in scoring by senior guard Cassius Winston. Winston is averaging 18 points and 6 assists a game - leading the team in both stats. Junior forward Xavier Tillman leads the team in rebounds at 10 per game and averages a double-double with 12.2 points per game. Tillman also averages 2.4 assists per game.

Malik Hall scored 17 against a tough Seton Hall team and his ability to shoot the ball could make him a matchup issue for the Blue Devils, Hall as not shot the ball a ton for MSU but he is very efficient when he does. He has the ability to be a matchup problem for this Blue Devil team and the type of player that tends to get hot against Duke. Whether we see the Blue Devil team that defended well the first part of the season or the Blue Devils that have seemed lost the past couple of games will go a long way toward determine the type of impact Hall has for MSU.

The 7 - 1 Blue Devils are coming off of a win at home against Winthrop by 13 that saw the Blue Devils as a team struggle both offensively and defensively. The brights spots in the game were the offensive output from Joey Baker and Matthew Hurt. Baker scored 16 off the bench and shot 4-5 from beyond the arc. Matthew Hurt lead the Blue Devils in scoring in the game with 20 on 7-13 shooting and 2-4 from 3. Hurt also added 8 rebounds.

The Blue Devils saw their placement in the AP Top 25 drop from 1 to 10 with their loss to Stephen F. Austin a week or so ago.

The Blue Devils will most likely be without Cassius Stanley who went down in the Winthrop game with a hamstring injury.

For the Blue Devils it's about basics. Can they play score with the Spartans. Can the Blue Devils defend the paint? Can they choke off Cassius Winston and prevent him from having a field day. The last time these two teams met Winston scored 20 points and dished 10 assists as the Blue Devils fell in the elite 8 68-67.

The Blue Devils will also need to limit turnovers, which have plagued them the entire season most of which have been unforced.