Cards hold on for an ACC road win. 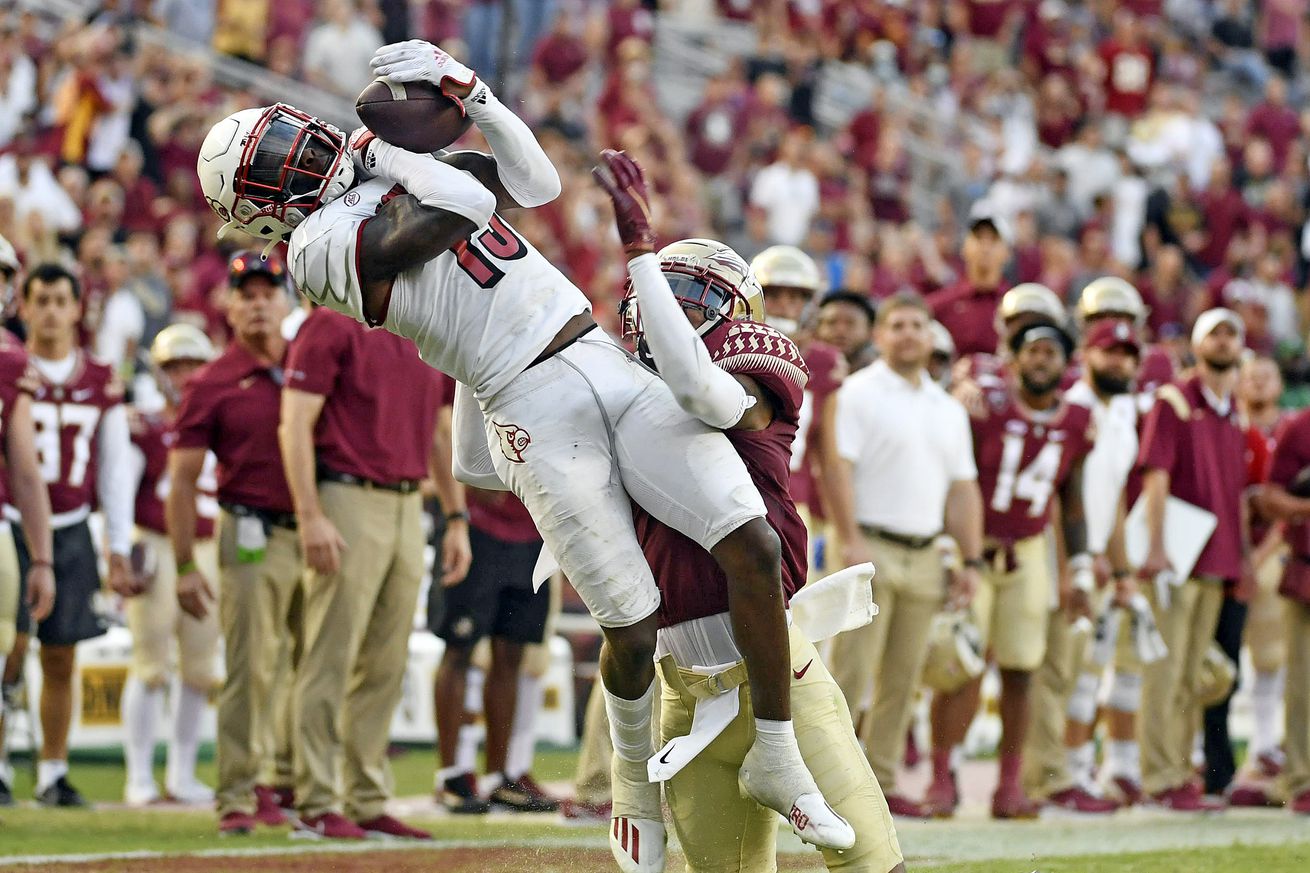 Louisville football will take any road win in a conference game but I think it’s safe to say that they expected a different outcome at halftime. The Cards jumped out to a 31-7 lead against Florida State but they couldn’t put any more points on the board while the defense allowed Florida State to put up 283 yards on big plays.

Louisville couldn’t get their running game going and Florida State adjusted after Harrell’s 59-yard touchdown to take away the deep ball. The execution just wasn’t there in the second half and the Cards found themselves in 3rd and long a lot. They had 19 first downs in the first half but could only convert two after halftime.

On the defensive side of the ball, the group started off very well with two 3 and outs in the first four possessions. Things took a turn when they allowed a very easy touchdown before halftime. FSU then opened the second half with a 75-yard touchdown run and the game never felt like it was in hand after that. Louisville missed a lot of tackles and at one point they had given up 231 yards on big plays while only giving up 255 total yards.

The defense had some bright spots as they finished the game with 6 sacks and 11 tackles for loss. They hadn’t totaled that many sacks against an FBS program since 2016. Tre Clark’s game-sealing interception was their 4th of the year which is one fewer than they had all of last season.

Lousiville had an opportunity to get a convincing win that they could build off of but missed said opportunity. With so much parity in the ACC this year, it’s hard to know what will come next. Hopefully, the issues and mistakes can be fixed as UofL has a red-hot Wake Forest team next that just dismantled Virginia last night.

This article was originally published at http://www.CardChronicle.com (an SB Nation blog). If you are interested in sharing your website's content with SCACCHoops.com, Contact Us.
Categories: Florida State, Football, Louisville, Recap