Chris Mack on Steven Enoch: My inkling is that hes going to return - SCACCHoops.com

Chris Mack on Steven Enoch: My inkling is that hes going to return 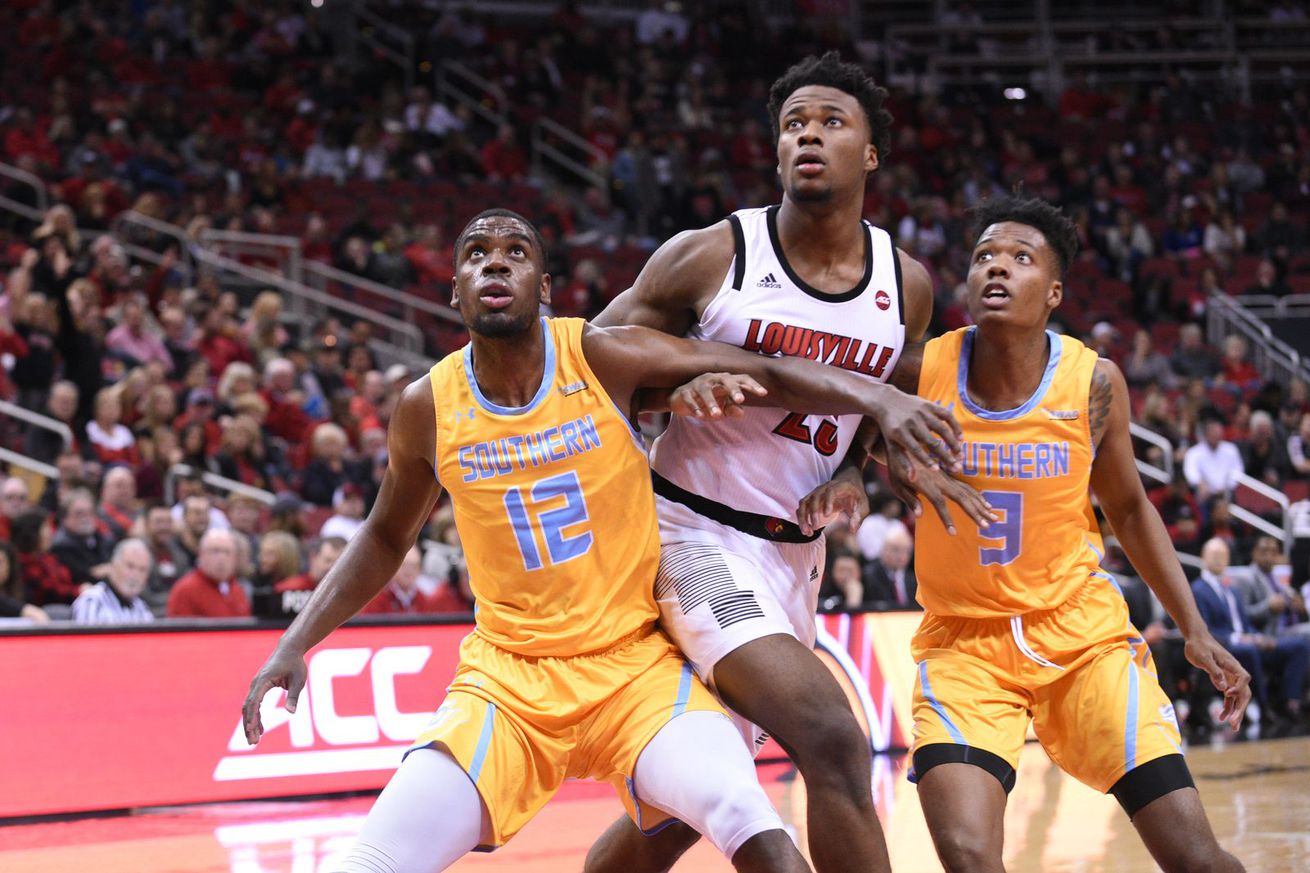 While most Louisville basketball fan eyes are fixated on Jordan Nwora’s upcoming decision, there’s another stay-or-go choice to be made that will also have a massive effect on the Cardinals’ 2019-20 season.

Though he wasn’t invited to the NBA draft combine of the G-League combine, U of L big man Steven Enoch still has 12 days to decide whether or not he wants to begin his professional career or return to Louisville for one last year of college.

On Thursday, U of L head coach Chris Mack told WAVE-3 that he’s not 100 percent sure what Enoch is going to decide, but that he has a hunch which way the center is leaning.

“Steven has worked out for a lot of teams individually, in small groups and I think he’s gotten feedback, so we’ll see what happens with Steven,” Mack said. “My inkling is that he’s going to return, but I don’t want to put words in his mouth.

“I think he’s going through the process to figure out what he has to do to be an NBA player, if that’s possible. Jordan is at the combine. I think there’s a lot of misinformation out there, that he chose not to participate in a lot of the five on five, but he had a small injury which prevented him from going out there and doing what he wanted to do, but hopefully that injury after this week or the next will be a thing of the past and he’ll be able to work out individually with teams like Steven is right now.”

Enoch started 14 games for Louisville last season, averaging 9.4 points, 5.2 rebounds and 19.2 minutes per game. He was at his best down the stretch, scoring in double figures in each of U of L’s final three games and posting a career-high 22 points in a Feb. 27 loss at Boston College.

Comments on Chris Mack on Steven Enoch: My inkling is that hes going to return