The Deacs travel to Boone to try to get to 4-0 for the second straight year. 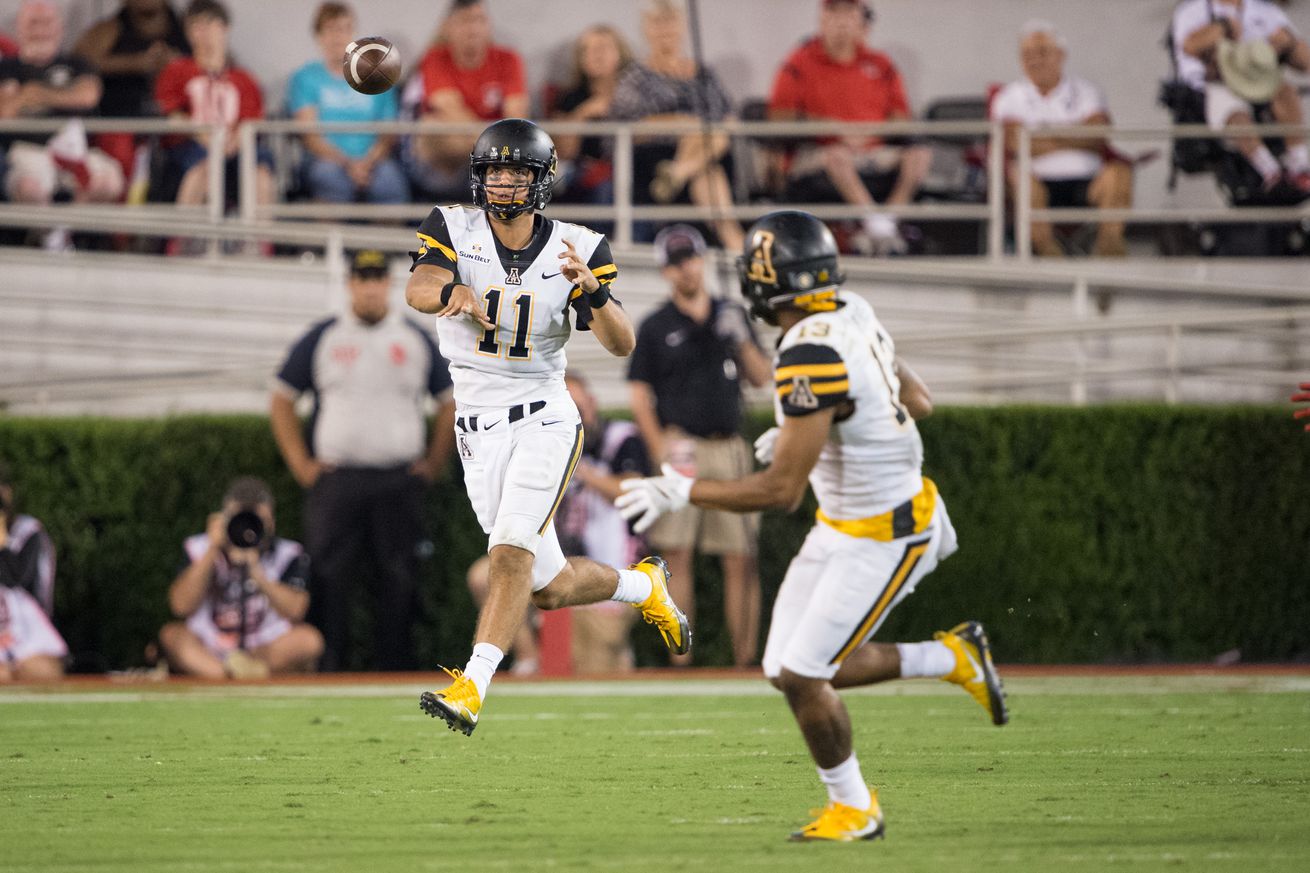 Fresh off of a 46-10 victory over the Utah State Aggies on Homecoming weekend, the Wake Forest Demon Deacons will once again get a chance to be a favorite, opening up as a 3.5 point favorite over the Appalachian State Mountaineers.

This was a line that I was pretty interested in seeing because there is a bit of a wide spread between the advanced statistical websites that Vegas usually aligns with. Wake Forest is 36th in the S&P Ratings, while Appalachian State sits at 51st. The Mountaineers are also at home and usually enjoy a healthy home field advantage thanks to a raucous Boone crowd and location of the game.

Appalachian State survived a scare against Texas State, prevailing over the Bobcats 20-13 in a game that was a 22.5 point spread to start for the Mountaineers.

Wake Forest has done nothing but impress so far this season, covering all three games thus far, and demolishing all three opponents it has taken on. Appalachian State sits at 2-1, with a season-opening loss to Georgia, but bounced back with consecutive victories over Savannah State and Texas State.

The Mountaineers are still looking for its first win over a Power 5 team since moving up to the FBS since 2014. As most people probably know, Appalachian State has certainly shown that it can be a force, knocking off Michigan in the Big House by a score of 34-32 in 2007.

This article was originally published at http://www.BloggerSoDear.com (an SB Nation blog). If you are interested in sharing your website's content with SCACCHoops.com, Contact Us.
Categories: Football, Wake Forest