The words “not ideal” come to mind. 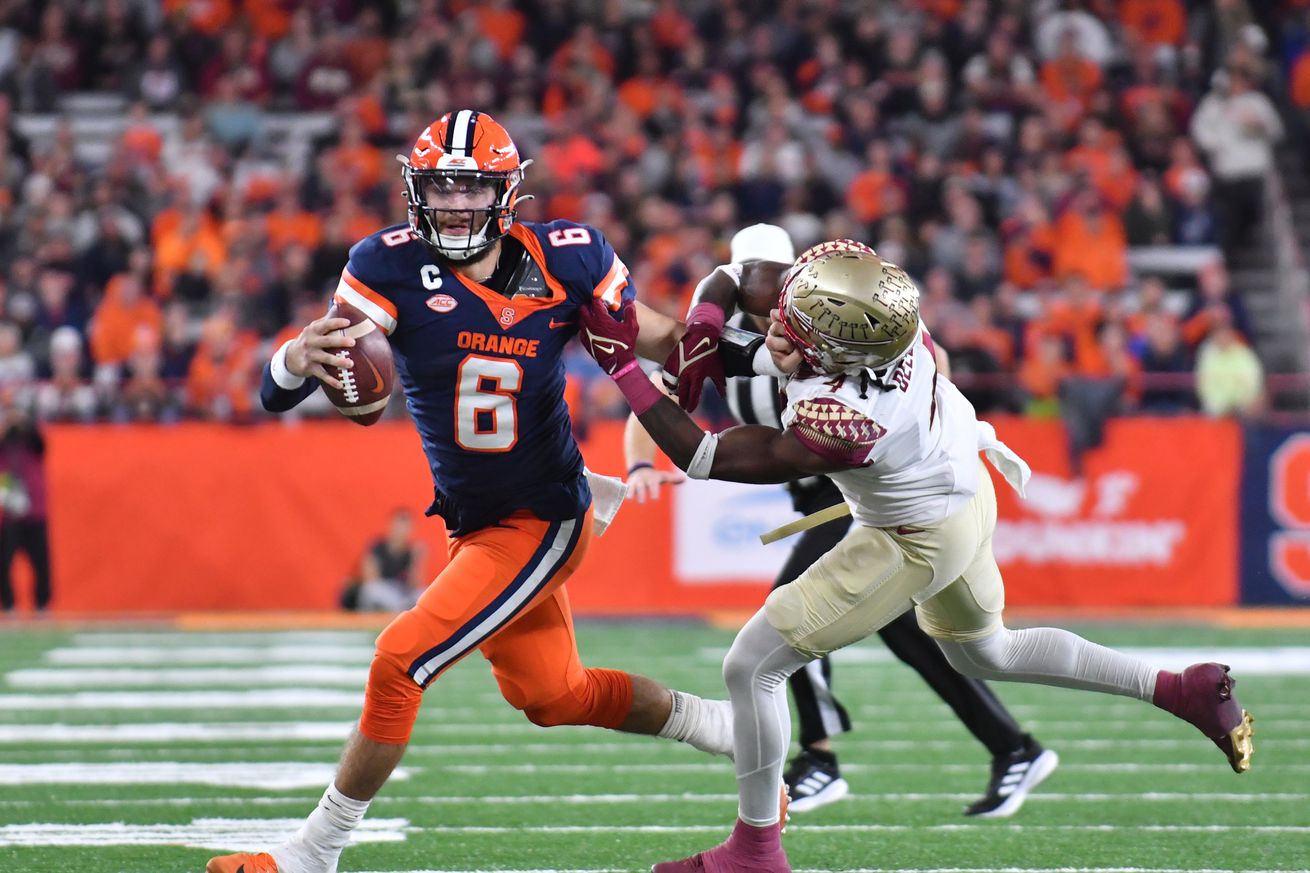 The Syracuse Orange looked outmatched from the start against the Florida State Seminoles. The Seminoles used their superior athleticism and talent to stomp all over the Orange and win 38-3. Syracuse now has lost four straight in another game where the Orange didn’t help themselves.

Here’s our three takeaways from another disappointing loss where Syracuse could have just been taking free spins instead of the tackling they tried.

It starts up front

I get it, the defenses that Syracuse have faced are miles ahead of the ones the Orange faced earlier this season. But now we’ve got to figure out what happened. The Orange offensive line has completely collapsed at this latter part of the season. They can’t keep a pocket clean for long enough to give a quarterback time to make a throw and they can’t push enough guys out of the way to prevent Tucker from getting touched at or before the line of scrimmage. Penalty problems returned to put the icing on the cake. The only loss this season on the line has been Kalen Ellis, and that shouldn’t be enough for the line to completely collapse. Where does the buck stop?

Florida State’s offensive game plan was excellent, as they quickly identified the weaknesses among the Syracuse defense that have been pretty good all season long. The Seminoles just ran balls up the middle and threw to the cornerbacks not named Duce Chestnut. That worked to great effect as the Orange couldn’t stop the FSU offense from marching down the field at will. On the flip side, there needed to be more crossing and middle routes for Shrader to take advantage of. Those were the plays that he had the most success with at the beginning of the season.

Capitalize on a spark

One of the biggest turning points of the game was when the Orange defense forced a fumble in Florida State territory. Syracuse needed to take advantage of that. Instead, the Orange lost yards on three straight plays, forcing a 53-yard field goal attempt that Andre Szmyt missed wide right. One of the key factors in Syracuse’s last four losses has been that the Orange haven’t scored points, let alone touchdowns, on the turnovers that the defense has created. It’s a huge amount of momentum lost.

This article was originally published at http://nunesmagician.com (an SB Nation blog). If you are interested in sharing your website's content with SCACCHoops.com, Contact Us.
Categories: Florida State, Football, Recap, Syracuse