The inevitable has happened 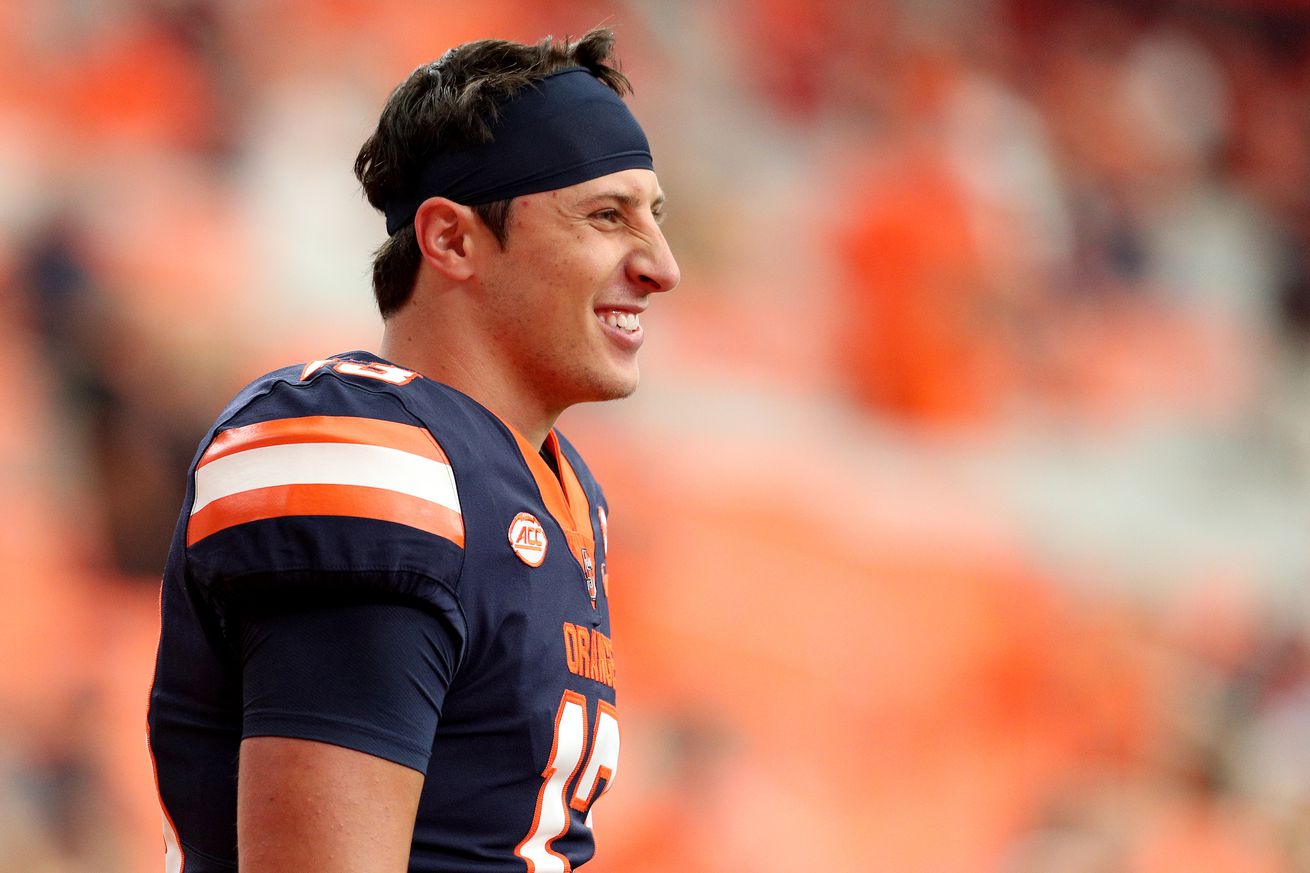 The writing seemed like it was on the wall, and now it has happened.

Syracuse Orange quarterback Tommy DeVito announced on Twitter Sunday night that he is entering the transfer portal. The former four-star recruit leaves Syracuse after 3 and a half years, two of them as the starting quarterback.

DeVito leaves Syracuse with 3,866 passing yards and 28 passing touchdowns. He pushed Eric Dungey during his redshirt freshman season and proved to be a valuable backup in the Orange’s 10-win season. DeVito entered the 2019 season as the starting quarterback and had mixed results. A depleted offensive line caused the New Jersey native to be bruised and battered throughout the season. He wouldn’t get much of a chance to show improvement in 2020 after suffering a season-ending injury in the fourth game of the season. DeVito showcased fine performances to start the 2021 season before getting benched for Garrett Shrader in the fourth game of the year against Liberty.

It seemed like this was coming as the offensive game plan turned to suit a quarterback of Shrader’s style more. DeVito had a lot of promise coming into Syracuse with his booming arm but he never fully got the chance to showcase his full arsenal of skills. It’s hard to know how much of an impact the weak offensive line in 2019 had on DeVito’s development as a quarterback, but he unfortunately didn’t put up the numbers some fans were expecting from a four-star recruit.

DeVito’s departure leaves the Syracuse coaching staff in a tricky situation, with no safety net if Sharder fails to lead the Orange to victories the rest of this season. The most experienced quarterback behind Shrader is now JaCobian Morgan, who played in four games during the 2020 season. However, the Orange no longer have a quarterback on the roster who can reliably be perceived as a threat in the deep passing game, which is what DeVito provided.

It feels like DeVito’s entire Orange career is a big story of “What If?” and we’ll never know the answer to that question.