Syracuse enters do or die stretch of basketball - SCACCHoops.com

Syracuse enters do or die stretch of basketball

It’s getting late rather early. 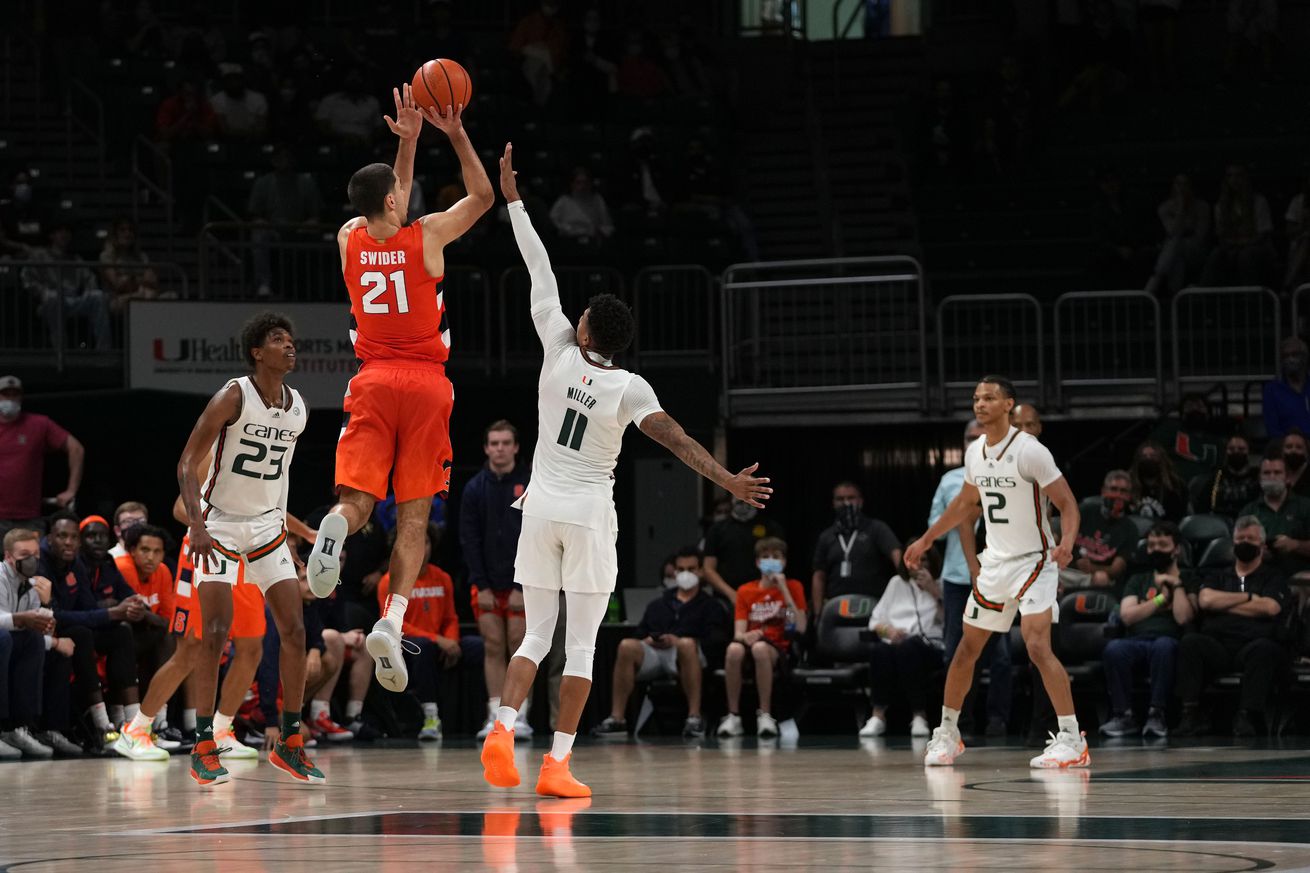 After an 88-87 loss to the Miami Hurricanes on Wednesday, the Syracuse Orange men’s basketball team fell to .500 with a 7-7 record. That’s a new low bar for the program.

It’s the worst start for a Syracuse team in Jim Boeheim’s 46-year head coaching tenure. The possibility of finishing below .500 for the first time in his coaching career now looms.

Needless to say, the team sits in dire straits at current. Syracuse is finding more ways to lose games than to win them this season. Against Miami, that was by way of the turnover department as the Orange coughed it over 19 times for 25 points.

Although coaches often deflect in favor of the “next game” mentality, the players understand the situation and the need to turn it around quickly.

“It’s really a do or die mentality,” Jesse Edwards said of the mindset going forward. “It would be really good if we get rolling. That’s all we’re focused on.”

Boeheim, he says, isn’t focused on the team’s record. He and his staff just get prepared for the next game.

“We play Wake Forest Saturday and we’re going to try to play that game,” Boeheim said. “I don’t ever look at the record whether it’s 14-0 or 7-7. None of that matters. That’s for all you people and all the internet people.

“We look to play the next game. That’s all we look for. Nothing else matters.”

The path ahead looks bleak for Syracuse and it feels like a fool’s errand to try to find a way where this team works itself back into tournament discussion given how it has played, but for reference, consider this: Syracuse’s chances of earning an at-large berth are on life support already this early into the season. Team Rankings gives the Orange a 10.3% chance to make the tournament — 8.7% at-large and 1.6% auto-bid, to be exact.

“There’s really no room to think about this one,” Joe Girard said of the Miami loss. “I mean you kind of gotta pack it up. But at the same time you gotta get a little bit of a sense of urgency. It’s early in the season a little bit — we still have a long way ahead of us — but we still have to turn it around here quickly.”

One of the unique aspects of college basketball is that teams are never officially out of the hunt until they lose in their conference tournament. But the most realistic goal for Syracuse at this point includes avoiding a losing season.

“Every game we go all out. If we don’t get it, we don’t get it. It’s all we can do. Everybody still has the confidence. We will never give up,” Edwards finished.

Syracuse might not give up. But the Orange don’t really have another choice.