Although Pitt lost Trey McGowens and Ryan Murphy, Ithiel Horton and several others should offset their departures 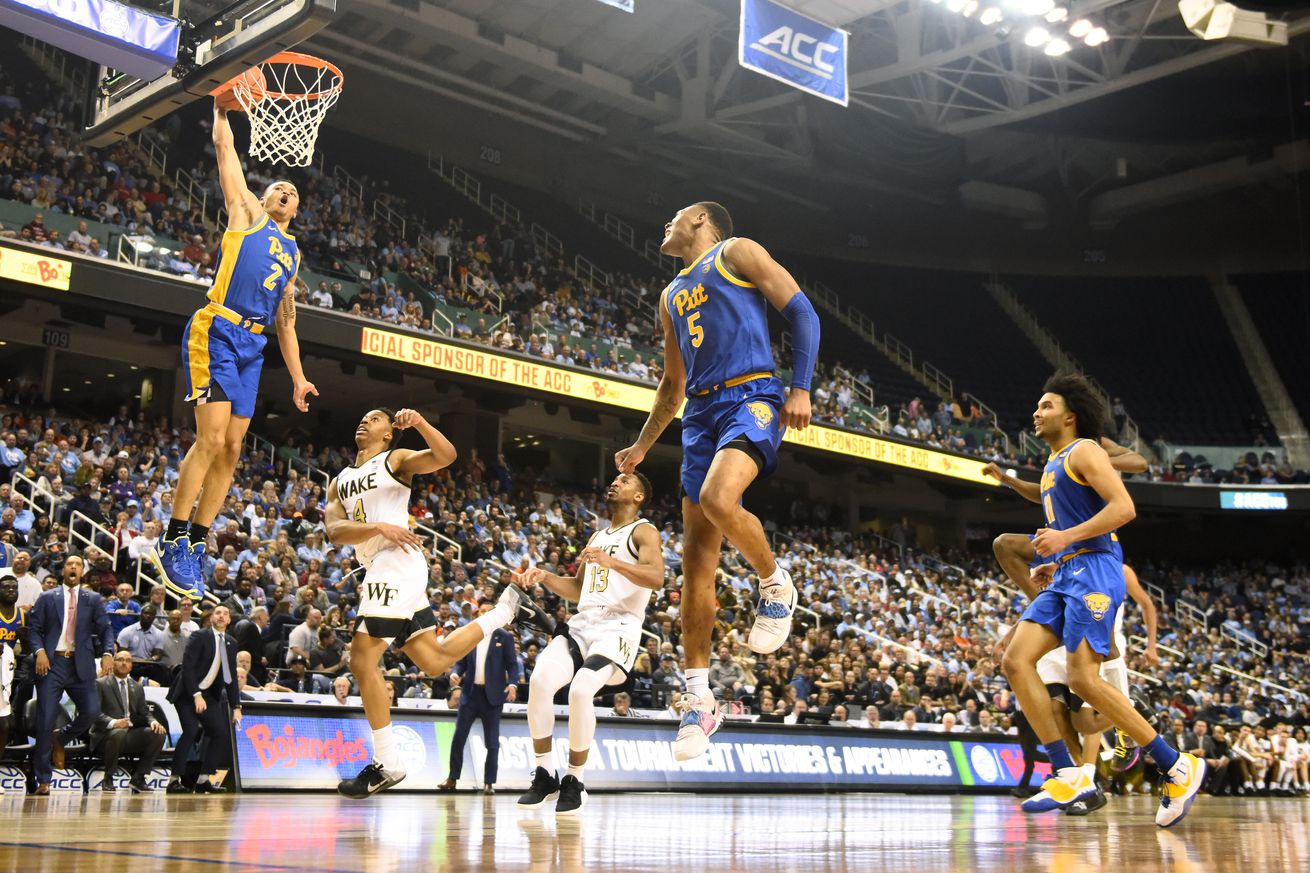 The Pitt men’s basketball roster went through a shakeup this spring, as Trey McGowens and Ryan Murphy entered the NCAA transfer portal and ultimately ended up at Nebraska and Tulane. Jeff Capel and his staff managed to offset those two losses to some extent, notably landing Miami (Ohio) transfer Nike Sibande. Still, Jeff Borzello of ESPN did not like what he saw from Pitt this spring, and in his breakdown of the winners and losers of transfer season, he labeled Pitt a loser.

“The Panthers have made strides in Jeff Capel’s two years at the helm, but they are losing two starters earlier than expected — or Capel could have had all five starters returning from last season,” Borzello said of Pitt on Thursday. “Ryan Murphy took his shooting ability to Tulane, while Trey McGowens left after two seasons for Nebraska. Miami (Ohio) transfer Nike Sibande should make an impact for Pitt when eligible, though.”

Joining Pitt as a transfer-season loser in the ACC is Wake Forest, which saw Olivier Sarr depart for Kentucky. However, the conference’s only winner, as Borzello saw it, was Louisville, which added Radford transfer Carlik Jones as well as San Francisco transfer Charles Minlend. But while Pitt undoubtedly lost two key players in McGowens and Murphy, their departures may not hurt Pitt as much as Borzello and others might think.

McGowens seemed dissatisfied with his role at Pitt at the time of his exit, as he notably mentioned that he wanted to play point guard as opposed to shooting guard. The point guard role is occupied by Xavier Johnson at Pitt and will continue to be until Johnson leaves the program. So with McGowens gone, the roles on offense can become more defined and the remaining Panthers may have a chance to develop better chemistry.

Like McGowens, Murphy was also helpful contributor for much of his time at Pitt. But he never seemed to fully recover from a midseason concussion and struggled to fulfill his role as the team’s top shooter from that point on. Specifically, Murphy averaged 1.9 points per game in the nine matchups following his concussion, and he went 3-for-17 from three-point range during that time.

So while the Panthers had an unwilling or somewhat reluctant shooting guard on their hands in McGowens, they also found themselves with an ineffective shooting guard in Murphy late last season. Fortunately for Pitt, its issues at the 2-guard spot are already resolved, as the team has Delaware transfer Ithiel Horton ready to step in at shooting guard when the team takes the court again.

Horton is more suited to the position than McGowens and has actually proven to be a more prolific and consistent shooter than Murphy. In one season at Delaware, Horton threw up 193 three-point shots and converted on 79 of them for a 40.9 three-point shooting percentage. Murphy has taken a comparable number of three-point shots over two seasons at the Division I level with Charlotte and Pitt, as he took 207 long-distance shots and made 74 of them, shooting at a 35.7 percent clip.

In addition to Horton, Pitt will have backcourt depth in Gerald Drumgoole, Femi Odukale and Au’Diese Toney, and more will come when Sibande becomes eligible as well. And shifting the focus away from the shooting guard position for a moment, the team’s backcourt players will likely have an easier time moving the ball around and making the most of offensive possessions this season, as they will have frontcourt help from new additions Max Amadasun, John Hugley and William Jeffress as well as returning standouts Justin Champagnie and Karim Abdoul Coulibaly.

So while Pitt suffered some tough losses this spring, a brief look at the context in which those exits occurred reveals that the Panthers may actually emerge as a stronger team next season with the 2-guard position shored up and an infusion of new frontcourt talent likely to boost offensive production.