It’s a similar move to what Tyus Battle did last year — or at least it can be, if he doesn’t sign with an agent. 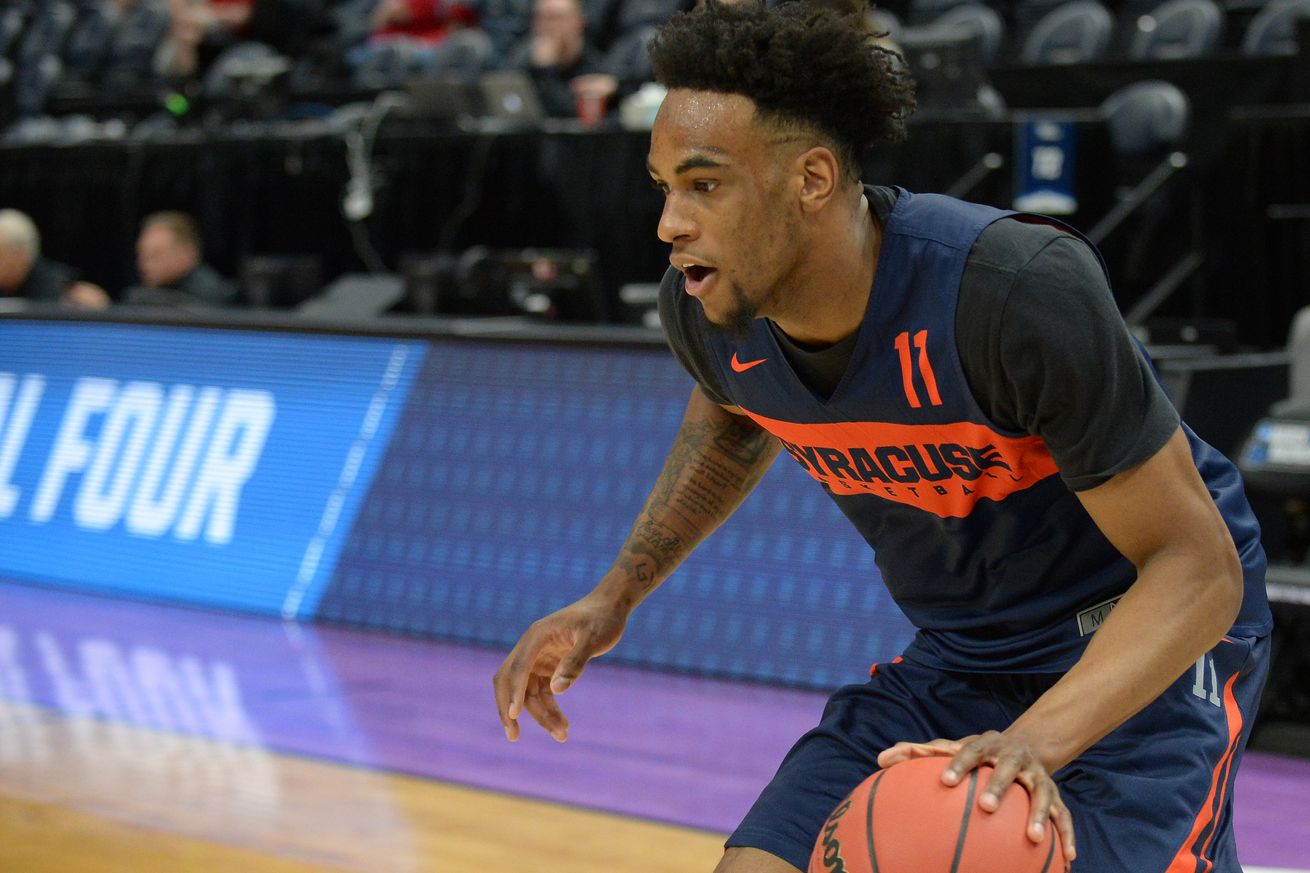 We already knew that the Syracuse Orange men’s basketball team was undergoing a lot of change this offseason. With Frank Howard and Paschal Chukwu graduating and Tyus Battle declaring for the NBA Draft, SU already had to replace a lot.

They may need to replace more still, following the news on Thursday that Oshae Brissett will be testing the NBA Draft process, as first reported by Stadium.

So far, Brissett hasn’t hired an agent, so he’d be eligible to return to the Orange next year if he so chooses. But that could change if he opts for representation. You may recall Battle went through the entire NBA Draft evaluation process, got some feedback and held some workouts before eventually opting to return for his junior year.

At the time Battle was considered a potential late-first or early-second round pick.

Following a sophomore season that saw him score him score 12.4 points per game with 7.5 rebounds and 1.8 assists, the same can’t necessarily be said for Brissett at this point — though that could certainly change. His strong freshman effort seemed to show a lot of upside with 14.9 ppg on 35.4-percent shooting, plus strong numbers on the boards (8.8 rpg) and solid percentages from outside (33.1 percent) and the free throw line (78.7 percent), which led to him briefly considering the draft process last year.

This season, his field goal percentage rose by nearly four full points and he doubled his assists per game, but scoring and rebounding totals were down, as were his free throw and three-point shooting. Brissett’s a bigger body at 6-foot-8, but has yet to truly develop the sort of finishing game that make him a lethal threat at the rim.

That last bit is likely what NBA scouts will be looking at should he get an invite to the scouting combine in May. Brissett isn’t included in mock drafts right now — NBADraft.net has him 83rd on their big board and most other sites don’t go beyond the 30 to 60 players that may be selected. Still, that could change if scouts see the sort of development on the inside that many wanted going into the 2018-19.

To be determined if this is the last we see of Oshae in orange. But in any case, good luck to him as he tests the waters this spring.