Louisville falls to 0-3 in ACC play with 34-33 loss at Boston College - SCACCHoops.com

The Cardinals entered the afternoon as a 13.5-point favorite. 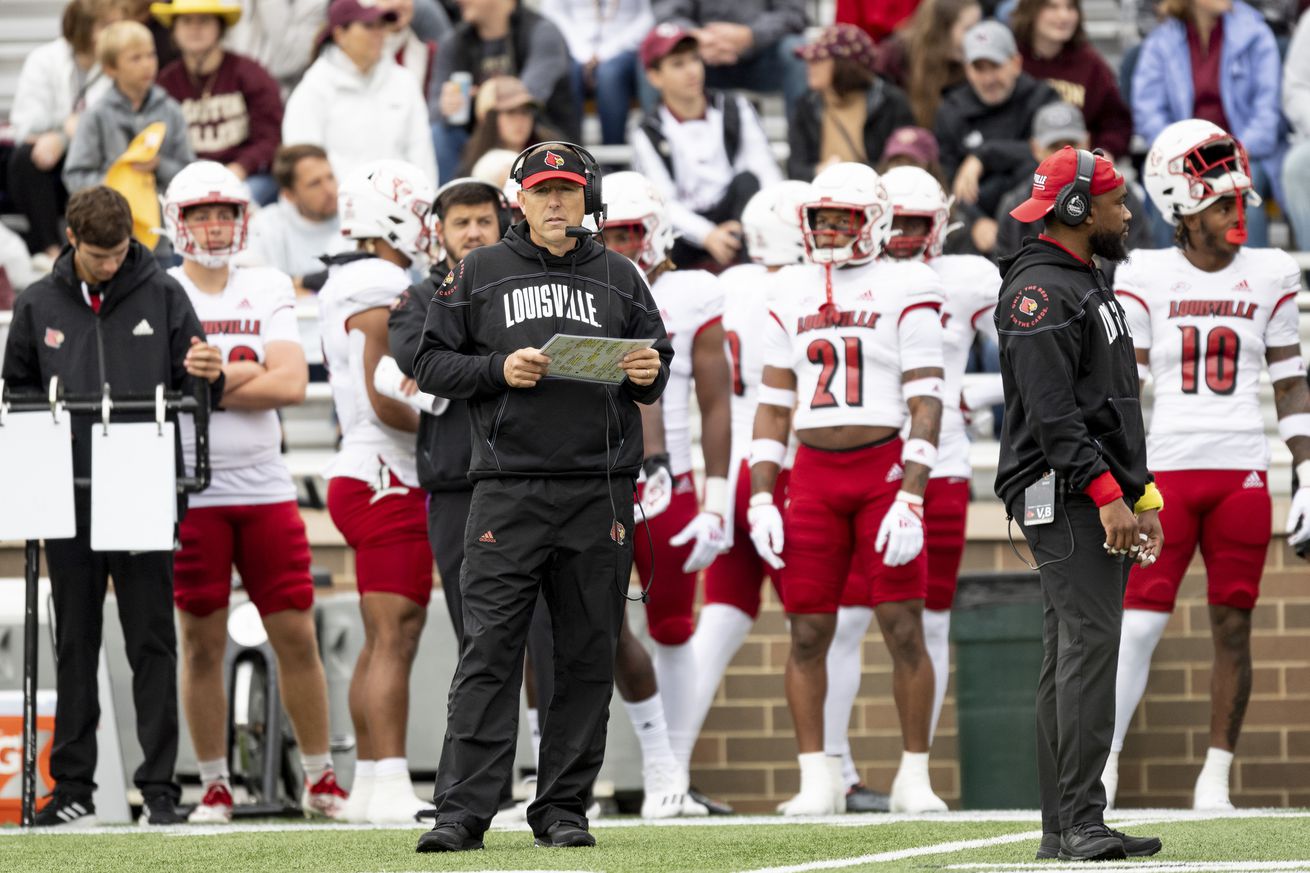 Louisville fell to 0-3 in ACC play Saturday afternoon with a 34-33 loss at Boston College that certainly feels like the unofficial beginning of the end of the Scott Satterfield era at U of L.

In a back-and-forth game defined by clunky play, zero flow and penalties, the Cardinals once again could not make key plays on either sides during the contest’s most critical juncture. The result was the Cards falling to 5-10 in one score games under Satterfield’s watch.

For the second week in a row, Malik accounted for all four Cardinal touchdowns with three on the ground and one through the air. He left the game late in the fourth quarter with an injury, forcing backup Brock Domann into some unexpected action. With a chance to out the game away on one drive and a chance to come back and win it on the other, Domann completed just 1-of-8 passes for 19 yards.

Defensively, Bryan Brown’s unit once again failed to carry over a strong performance from the week before into the next. Against a Boston College offense that came into the afternoon averaging an ACC-worst 283.3 yards per game, U of L allowed BC signal caller Phil Jurkovec to toss for 304 yards through the air and a woeful Eagle rushing attack to rack up 145 yards on the ground.

Boston College had scored a total of 24 points in its two ACC games before Saturday. Against the Cards, they scored 34, 13 more than their previous high against an FBS opponent.

Look, the details are fairly meaningless at the point. This was the game. The one where afterwards, it feels like there’s no longer any combing back from this. There are seven games left in the season, but in this moment, for the first time, I think everyone is thinking the same thing about where this is headed.

You just could not lose this game, and you did.

This article was originally published at http://www.CardChronicle.com (an SB Nation blog). If you are interested in sharing your website's content with SCACCHoops.com, Contact Us.
Categories: Boston College, Football, Louisville, Recap, Video