Game Preview: Duke looks to avoid a letdown as they host Clemson - SCACCHoops.com

Game Preview: Duke looks to avoid a letdown as they host Clemson

Duke is coming off an emotional win over rival North Carolina on Thursday night (86-78). 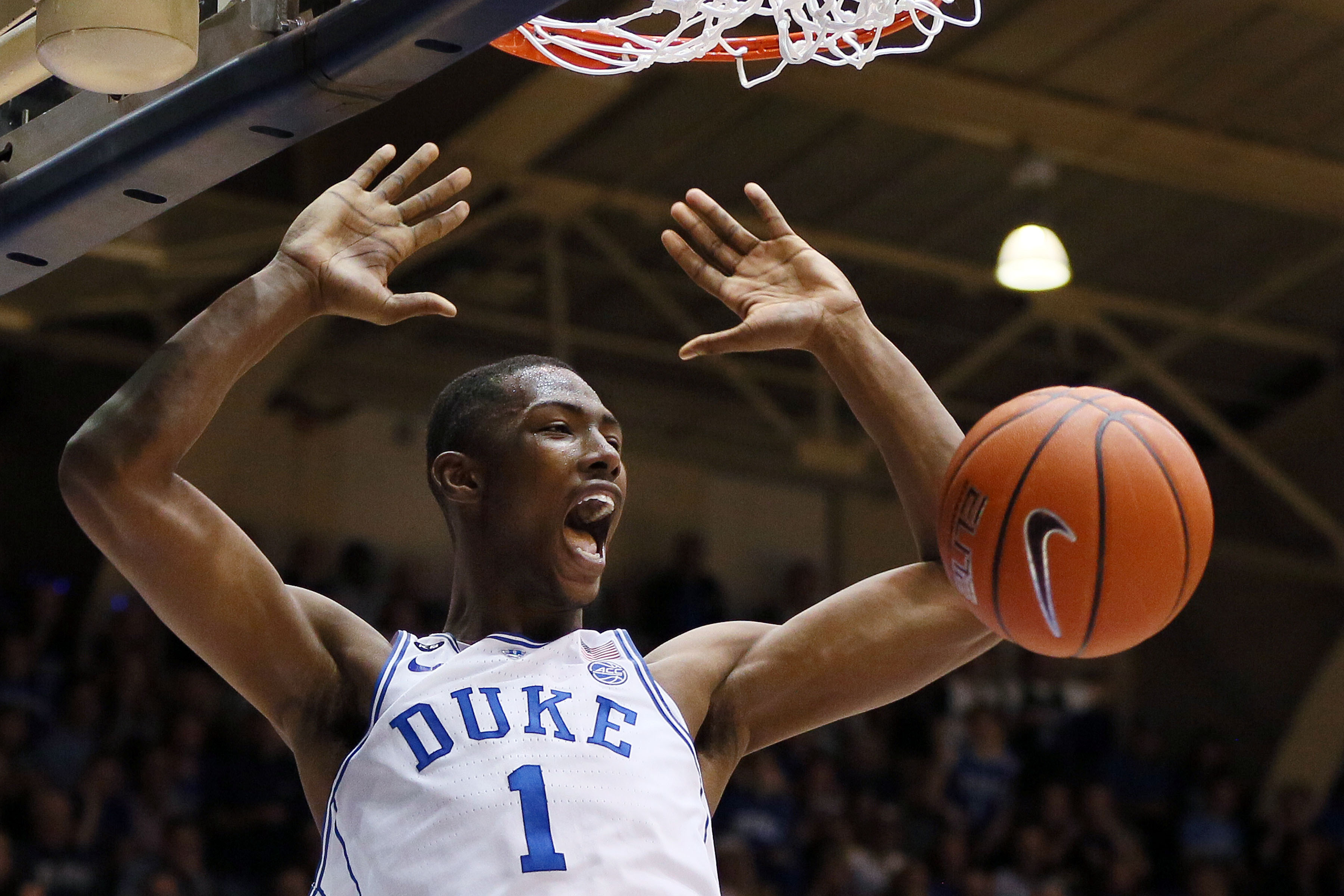 The Blue Devils have now won four straight and improved to 7-4 in the ACC. Clemson (3-8 ACC) is coming off an 82-81 loss at home against Syracuse on Tuesday. Last season, the Tigers upset Duke at home on January 13, 68-63 in their only meeting of the season.

It has been one of those years for the Clemson Tigers. They lost at the buzzer on Tuesday night as freshman guard Tyus Battle nailed a three-pointer in the left corner to give Syracuse an 82-81 road win from Littlejohn Coliseum. Clemson forward Donte Graham had just hit a 15-footer with seven seconds left to give the Tigers a two-point lead. However, they could not hold onto it, falling to a red-hot Syracuse team that improved to 8-4 in the ACC. Forward Jaron Blossomgame scored 20 points to lead the Tigers, while forward Tyler Lydon and Taurean Thompson added 17 points and 14 points respectively. Clemson shot 53.7 percent from the floor and made 9-of-22 from the three-point line. However, they were outrebounded by seven and allowed Syracuse the shoot 50.9 percent from the floor and 10-of-26 (38.5%) from beyond the arc.

Junior guard Grayson Allen was considered one of the top players in the country coming into this season. However, for the first couple of months, he was better known for tripping opponents and being suspended than his play on the floor. However, Allen is begging to play like his old self, especially in the last four games, averaging 21.5 points per game in Duke’s winning streak. Against North Carolina, Allen poured in 25 points as No. 18 Duke beat No. 8 North Carolina on Thursday from Durham. He made 9-of-15 from the floor and 7-of-12 from beyond the arc. Sophomore guard Luke Kennard added 20 points, while freshman Jayson Tatum posted all 19 of his points in the second half. The Blue Devils’ defense stepped up late in the game, holding the Tar Heels to one field goal in their last nine shots.

Clemson is a very streaky team, both good streaks and bad streaks. They followed a nine game winning streak with a six game losing streak. They have lost two straight heading into Cameron on Saturday. Clemson is always a dangerous team for Duke and with Jaron Blossomgame leading the team in both PPG and field goal percentage, it is clear that he and Shelton Mitchell will be the focal point of Duke’s defensive attention. Duke has to continue to put it together defensively and try not to let the emotional win over UNC allow them to have a letdown game. That is something the coaches will be cognizant of with this quick turnaround.

This is certainly a letdown game for Duke. You go from getting sky-high to facing North Carolina and there is lowly Clemson. The Blue Devils have not been a good cover team and while they should win this by double-digits, expect it be tougher than expected.

Clemson’s defense is not the best in the ACC, which is one of the reasons they have struggled so often this season. To give up over 80 points at home against Syracuse is not a good sign when you have Duke the next game. About the only bright spot for Clemson is that Duke should be a bit fatigued after playing on Thursday night, with very little time to rest or prepare. I see this as close than it should be with Duke eking out an 82-70 win.