Goodine will have three years of eligibility remaining 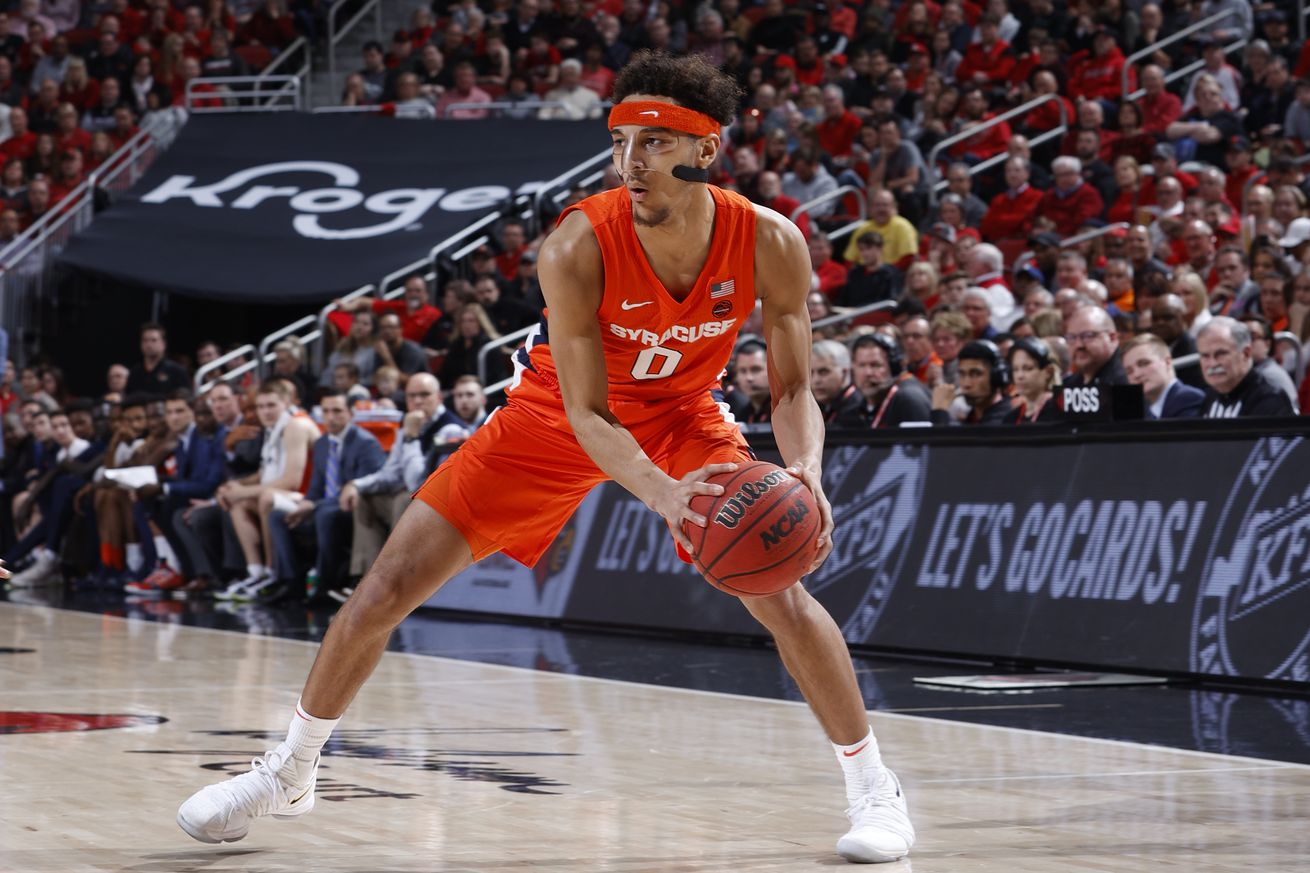 Goodine’s decision to transfer follows after the 2019-20 Syracuse basketball season ended in earnest after all conference tournaments and the NCAA Tournament were canceled. After his decision was announced, Goodine confirmed the news.

I would like to thank the Syracuse staff and fans for having me at the University this year, however it is time for me to seek out a new beginning. Thank you, Syracuse!

Goodine appeared in 23 games for Syracuse this season. He averaged 1.9 points, 1.0 rebound and 0.7 assists in 8.7 minutes per game. The guard out of New Bedford, MA, will have three years of college eligibility remaining.

After Goodine’s decision to transfer, Syracuse currently projects to return four guards in 2020-21 as Buddy Boeheim and Howard Washington will be juniors while Jalen Carey and Joe Girard are rising sophomores. Kadary Richmond, a 6-foot-5 guard, is expected to be a freshman at Syracuse this fall. Richmond is the No. 85 ranked player in the 2020 ESPN 100.

Comments on Freshman guard Brycen Goodine will transfer from Syracuse