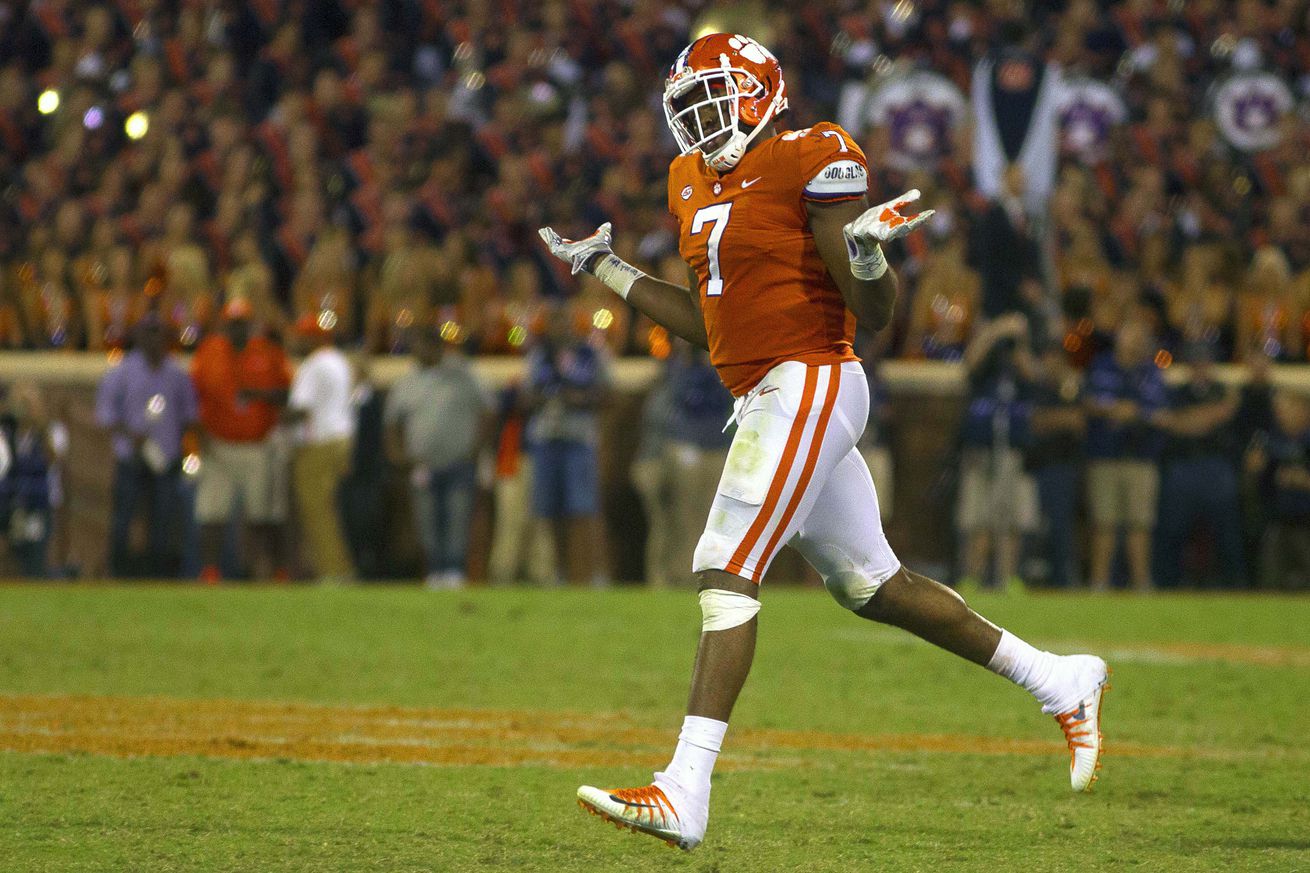 It may not be quite as strong as North Carolina linebacker Andre Smith “we’re going to just stop everything he tries to do,” but Clemson defensive end Austin Bryant uttered a quote on Tuesday that’s likely to catch the attention of Lamar Jackson.

“(Lamar is) a special talent,” Bryant said. “He’s got a different gear. He’s strong, he’s fast. So it’s going to present us a great challenge, but I believe that we face that same thing in Kelly Bryant every day in practice. It should be just like putting practice on a game day atmosphere.”

Fellow defensive end Clelin Ferrell wasn’t quite as brash as Austin Bryant, but he did echo his overall sentiment.

“Both of them are great athletes. Kelly, that’s the best look at what you’re going to get. Kelly don’t run as much as Lamar does, but you see that same type of athletic ability with Kelly. That makes it a lot easier for us to see guys like that on our (practice) field,” Bryant said. “We don’t get overwhelmed by anything that we see in our competition. Even though we respect everybody we play we don’t get overwhelmed because we feel like we have the best here and we go against it every day.”

To be clear, I’ve got zero problems with Clemson’s defense being confident and hyping up their own guy. The whole “this is going to be just like practice but in a game atmosphere” stuff is probably intentionally belittling, but whatever. Honestly, as good as they’ve been so far and as good as they were last year, I’ve got zero problem with Clemson’s defense talking wayyyy more shit than this if they want to.

That said, I’ve also got zero problem with Lamar Jackson hearing this and going Super Saiyan once again.

This article was originally published at http://www.CardChronicle.com (an SB Nation blog). If you are interested in sharing your website's content with SCACCHoops.com, Contact Us.
Categories: Clemson, Football, Louisville