Boeheim not in favor of delaying CBB season until 2021 - SCACCHoops.com

Boeheim not in favor of delaying CBB season until 2021

Syracuse head coach Jim Boeheim is in favor of starting the college basketball season in November. 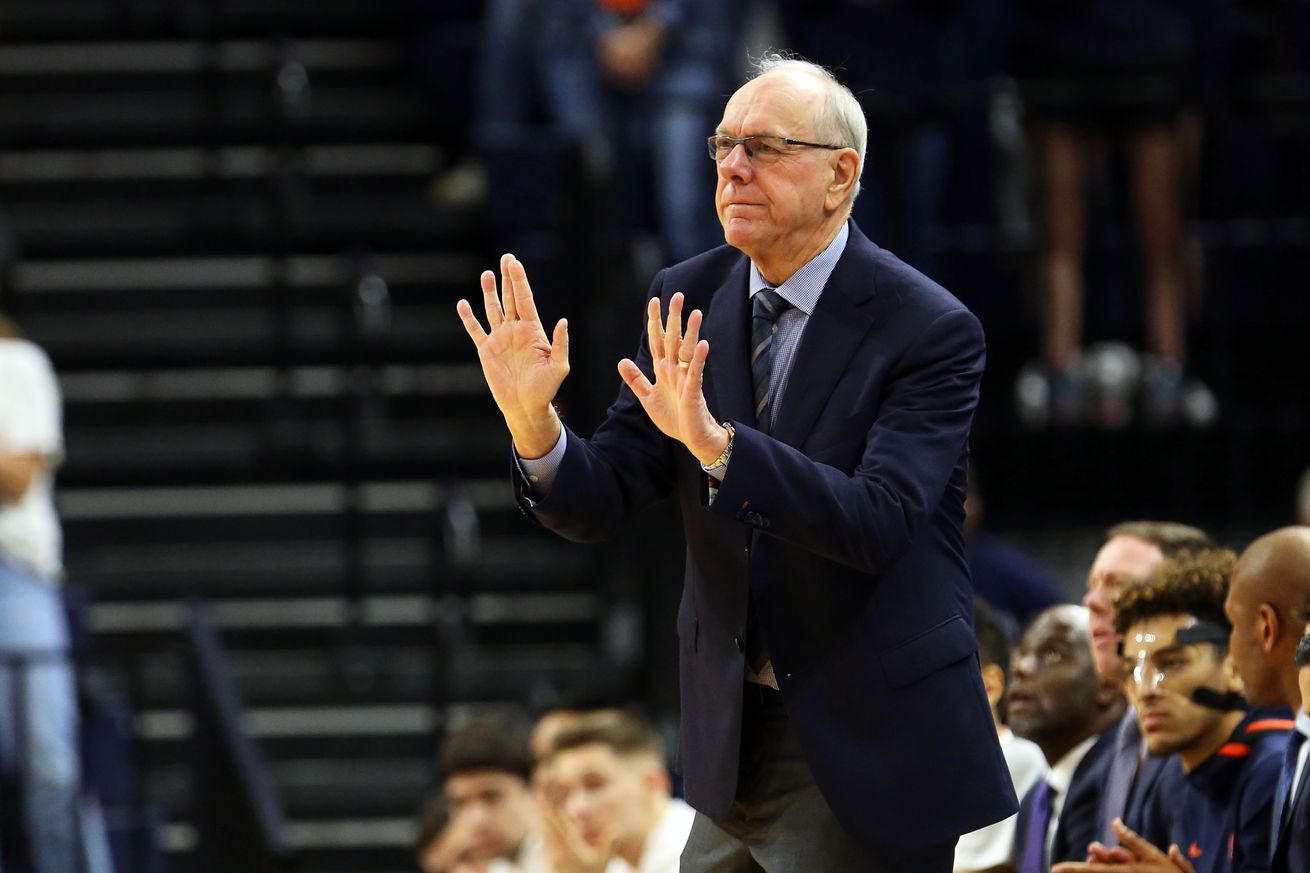 While we’re still months away from the anticipated start of the college basketball season, it’s looking less and less likely that fans will be able to attend college sports for the remainder of 2020.

On Tuesday it was announced that college sports in New York State could proceed, but no fans would be allowed to attend. This follows Monday’s news in New Jersey as fans will not be allowed to attend Giants, Jets and Rutgers football games. While still months out, such is likely to be the case in November when basketball season rolls around.

Despite having no fans and the Ivy League delaying all winter sports until Jan. 1., that hasn’t stopped other college coaches from wanting the basketball season to begin on time. Such is the view of Syracuse Orange men’s basketball head coach Jim Boeheim, aligning similarly with Seton Hall head coach Kevin Willard.

In a recent conversation with Syracuse.com’s Mike Waters, Boeheim opined that college players will be safer on campus than at home and that there would be no difference whether the season starts in November and January. Most of the Syracuse basketball team is are already on campus — the team had its first meeting on Monday, with players and coaches.

That, plus the rest of your Syracuse-related links below.

Jim Boeheim thinks that the 2020-21 college basketball season can be played despite the nation’s ongoing battle with the coronavirus pandemic.

Boeheim based his optimism that the basketball season can and should start in November on the belief that college athletes are safer on their university’s campuses and they are likely to adhere to health and safety guidelines because of their desire to play.

“I think the players will be safer at college than they will be at home,‘’ Boeheim said. “At home, there are so many variables for them. Some of them live in places that are hot-spots right now.