Big Game Week in the ACC

A triple header of really good games this Saturday 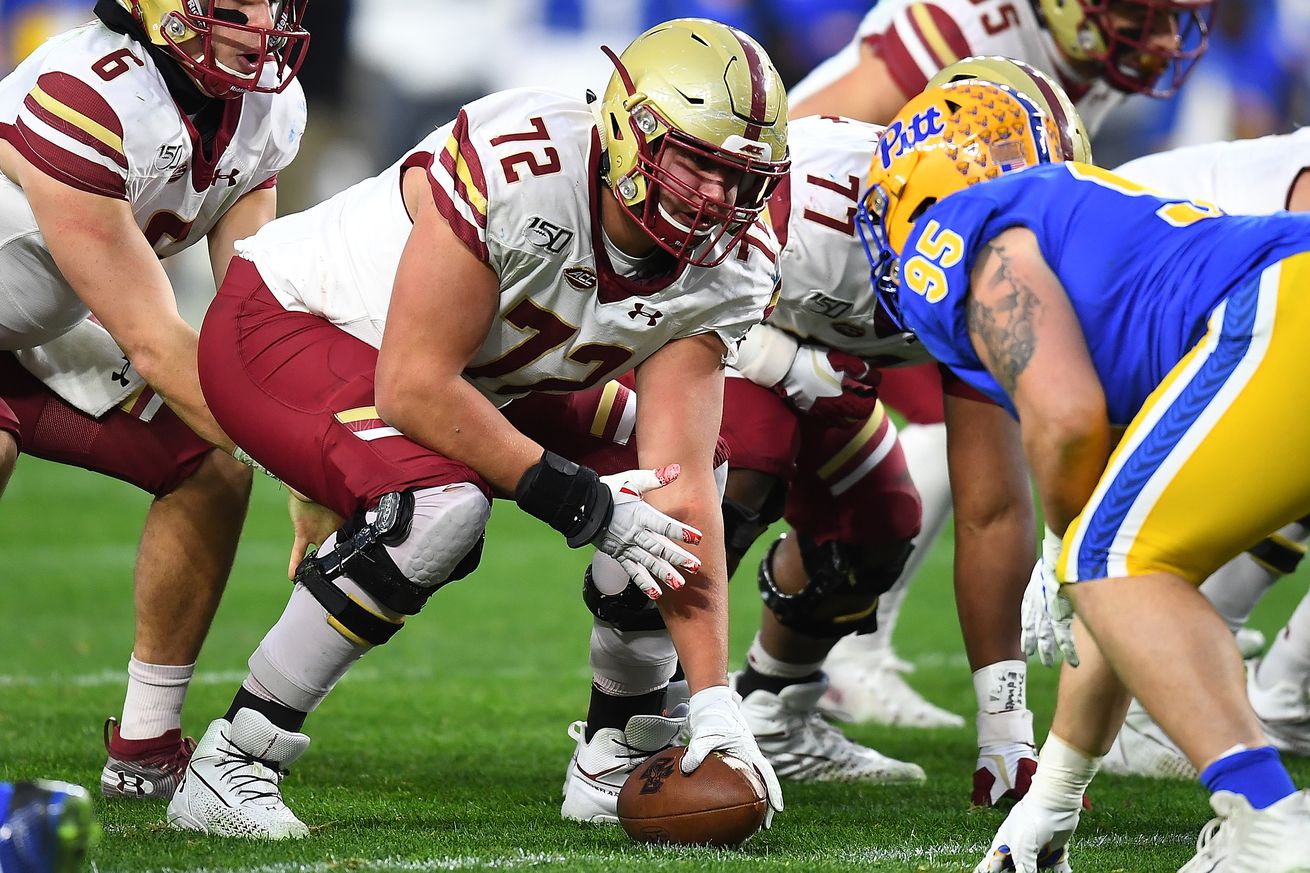 Time to strap it on for an old-school Eastern football game sandwiched between a pair of Top 25 match-ups this Saturday. | Photo by Joe Sargent/Getty Images

In case you’ve been living under a rock, let me get you up to speed: ACC football is pretty good this year, and this Saturday the conference will be showcased on the big stage with not one, not two, but three national broadcast games, all featuring at least one undefeated ranked team! Add to that an ESPN game on Friday night and a pair or really good ACC Network games and you have the makings of a terrific weekend of ACC football.

The weekend gets started Friday night at 7:00 PM on ESPN when the Louisville Cardinals travel to Atlanta to play the Georgia Tech Yellow Jackets. This is a rarely-played match-up in football, although the two teams once shared the same basketball conference prior to joining the ACC (I’m referring to the old Metro Conference, which also had Virginia Tech and Florida State as members).

There are three ACC games Saturday at or around noon. First, the national ABC broadcast game features a top 20 clash as the #8 North Carolina Tar Heels play host to the #19 Virginia Tech Hokies. The Hokies have dominated the Tar Heels since joining the ACC, winning six of the last seven games in the series, including the last four in a row. In years past this has been a match-up of the UNC offense versus the VT defense, but both teams are leaning more on their offenses so far this season. Expect a lot of points in this game. Oh, I almost forgot: last season’s six-overtime game between these two teams was the longest in ACC history.

Also at noon you’ll find a very good but now rarely-played old ACC rivalry between the Virginia Cavaliers and the N C State Wolfpack. Both teams have one loss and really don’t want to pick up a second “L” in this game, so expect good effort on both sides. The 12:30 pm game will be shown on regional sports networks (RSNs) when the Duke Blue Devils visit the Syracuse Orange in a made-for-basketball season match-up.

There’s only one ACC game in the mid-afternoon time slot, but it should be a real old school battle as the Pittsburgh Panthers return to Chestnut Hill to play the Boston College Eagles. These long time Eastern foes both limp into the game after suffering their first (and, so far, only) losses of the season last week in games which, honestly, either of them could have won. Whichever team rights the ship first could build an early lead - but with accomplished passers on both teams, you can’t rule out a fourth quarter comeback here.

In any other year, the Florida State Seminoles facing the #5 Notre Dame Fighting Irish at 7:30 pm on NBC would be the game of the night - and it should be mildly entertaining at the very least. However, this Saturday that game definitely takes a back seat to the ABC prime time game of the week: #7 Miami Hurricanes at #1 Clemson Tigers (7:30 pm, ABC). This game will go a long way toward answering the questions on the minds of millions of casual college football fans: is the “U” really back this time? If the Canes can go into Clemson’s “Death Valley” and come out with an upset win, I think the answer will be a resounding “yes!”. Even if Miami can keep it close, it could help establish them as a challenger to Clemson’s ACC domination.

So which games are you planning to watch? Will you be an ACC couch potato this weekend? Tell us about your plans in the comments below!