With just one week left in the ACC regular season, let’s take a look at how the ACC Tournament bracket looks 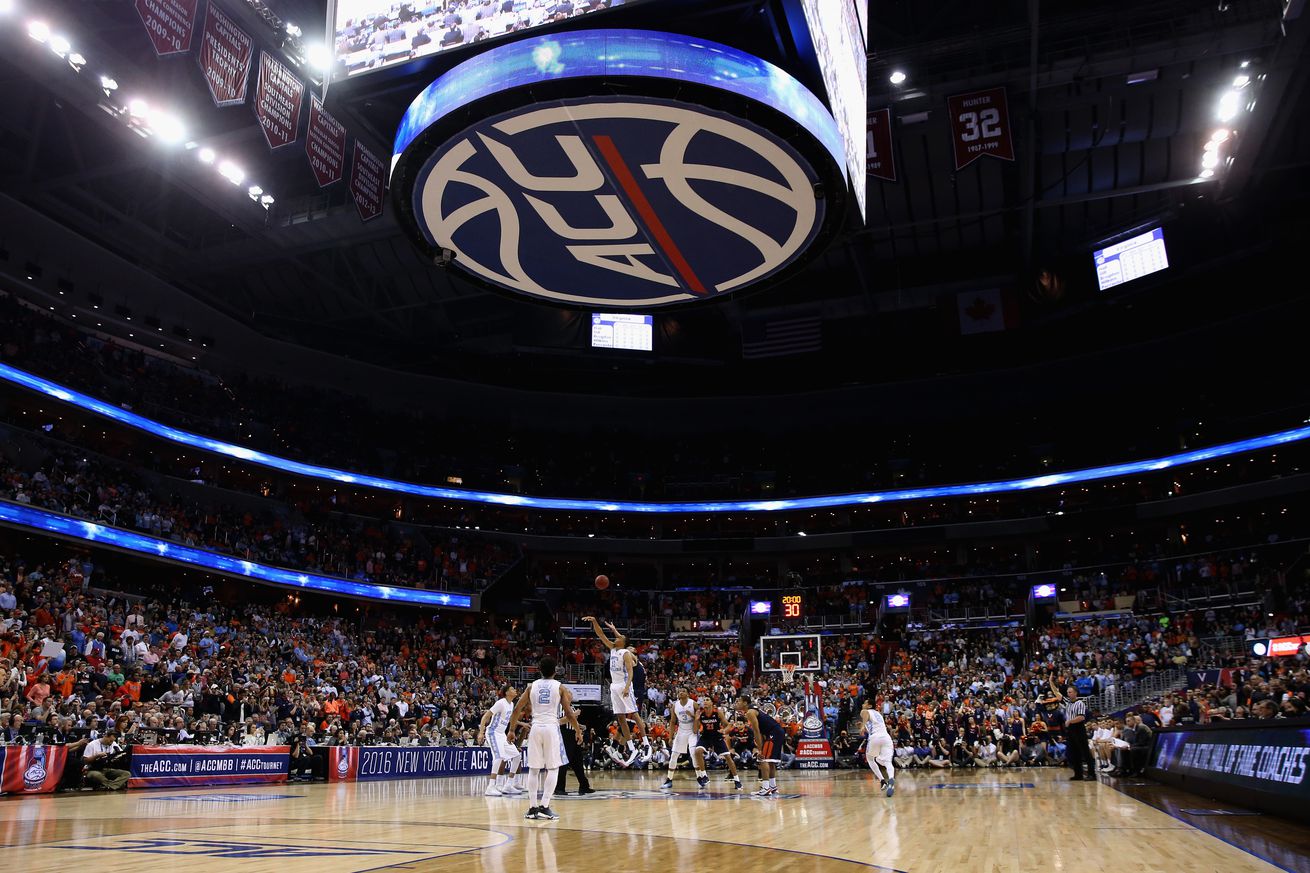 Based on Current Standings:

I resolved all ties the way the ACC would do so. Currently, there are a lot of them.

As far as I know, UNC has clinched the one seed for the ACC Tournament. They currently hold a two game lead over the three second place teams, do not play any of those three teams, and hold the tiebreaker against all of them.

FSU, Louisville, and Notre Dame are all tied for second through fourth. Louisville is 0-2 against Notre Dame and FSU so they get the four seed, while Notre Dame and FSU both went 2-1 against the other teams in the group. Both teams also lost to UNC (top seed), but FSU had a better record against Duke and Miami (who were tied for fifth) so FSU wins the tiebreak over Notre Dame. Important for these three teams though, is that Notre Dame and Louisville play in the season finale which in all likelihood will be a decisive game for seeding purposes.

Duke and Miami are tied for fifth and split the regular season series. Both teams also beat UNC, however Duke performed better against FSU/Louisville/ND (in the tie for second) so Duke holds the head to head tiebreaker and gets the five seed while Miami would be the six.

Virginia and Virginia Tech are tied for seventh and also split the regular season series. Both teams lost to UNC, but UVA did better against the FSU/Louisville/ND group and gets the seven seed while VPI gets the eight.

As one might expect, the projected KenPom standings now look very similar to the current standings. With only one week remaining, this is not surprising. FSU, Notre Dame, and Louisville are all projected to finish in a 12-6 tie which means, as noted above, the Notre Dame, Louisville game is massive for seeding purposes.

The only differences between the projections here and the current standings as far as the seeds go is in the seven, eight, and nine spot. UVA, Virginia Tech, and Syracuse are all projected to finish in a three-way tie at 10-8. Virginia Tech went 2-1 against UVA and Syracuse; Syracuse went 1-1 against the Virginia schools, and Virginia went 1-2 against VPI and Syracuse. Therefore, VPI would be the seven, Syracuse the eight, and UVA the nine seed.

The bottom six teams remain unchanged - the only difference is that Clemson is slated to beat Pitt by a game rather than finishing the season tied. The Tigers have only BC and State left at home to finish out the regular season.

Wake would be the ten seed under both circumstances right now. Currently the Deacs are tied for 10th with Georgia Tech at 7-9 and both teams are projected to finish in a tie at 8-10. If Virginia Tech beats Miami tonight, Wake is guaranteed a spot on Tuesday as either the 10 or the 11 seed. If Miami beats Virginia Tech, Wake will control their own destiny and can move off Tuesday with wins over Louisville and Virginia Tech to end the season.

If I made any mistakes above, let me know and I'll do my best to fix them. I'll also update this every few days between now and the ACCT.