What do we need from Syracuse basketball's 2017-18 ACC schedule? - SCACCHoops.com

What do we need from Syracuse basketball's 2017-18 ACC schedule?

Rumor has it the dates drop on Thursday. 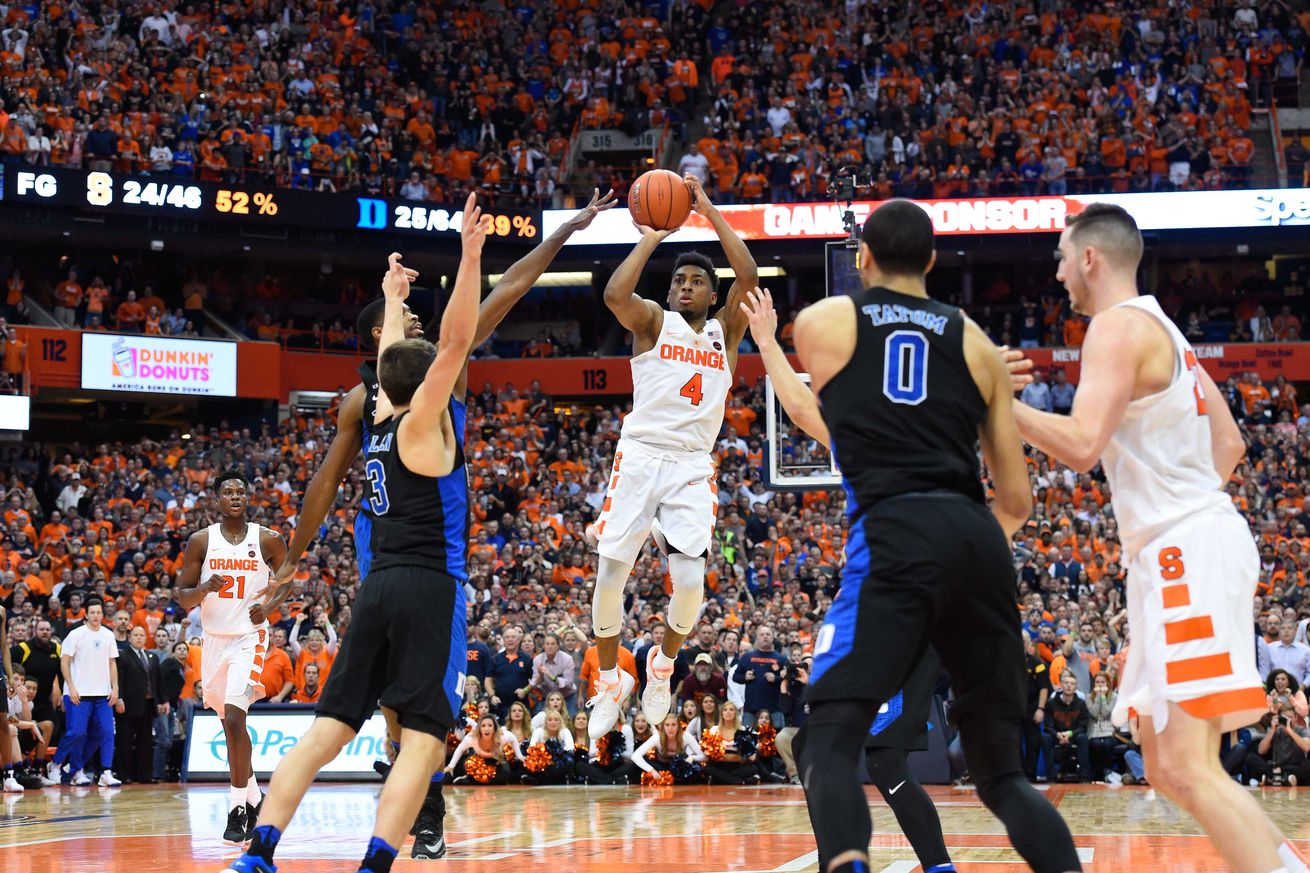 The Syracuse Orange’s 2017-18 non-conference schedule has been confirmed for a bit, along with the list of ACC opponents we’ll face this year. However, the actual dates, times and network details for the ACC games have yet to come out. That might change tomorrow, according to one report.

The ACC is expected to release its conference schedule for the 2017-18 season on Thursday, per a source.

Since FanRag’s Jon Rothstein is usually well-sourced (see: yesterday’s 2K Sports Classic news), it stands to reason we’re getting the schedule tomorrow. With that in mind, what are some key elements we’re looking for to make this year’s slate as palatable as possible?

Last season had a few of these -- Georgetown, Virginia, Florida State. But the weekend slate really lacked in comparison to the bigger weekday matchups. In ACC play this year, Syracuse gets home games against Virginia, North Carolina, Notre Dame and Virginia Tech. All should be NCAA Tournament teams. I’d circle those first two for potential large crowds.

Marquee placement for the Duke road game, too

Syracuse’s last trip down to Durham ended in a surprising Orange win during the week. The time before that? A weekend trip that provided us the jacket toss. Even if the Orange aren’t up to Duke’s level this year, the fan bases and hype around the matchup should be enough to be featured on a Monday or Wednesday.

We’re inevitably going to get back-to-back games away from the Dome. Last year, we went 0-2 vs. UNC and Notre Dame in our first road trip. Then, 1-1 in our second at Clemson and Pitt. If you’re getting back-to-backs, it’s tough to avoid a difficult matchup in the ACC. But something like BC and Pitt or BC and Clemson could be easier to stomach.

Syracuse played on two or three days’ rest six different times within the ACC schedule. The back-end of those sets were almost always the tougher opponent as well. Sure, these happen from time to time, but fewer occurrences could have the Orange a bit fresher for the bigger games.

SU missing the NCAA Tournament was its own doing, of course. But the last five games were all against teams in the hunt for bids (two each vs. Louisville and Georgia Tech, one vs. Duke). And worse, the final two (Louisville and Georgia Tech) were repeat matchups from just a couple weeks before. Familiarity in those close scheduling quarters breeds more of a comfort against the Orange zone.

These should read as complaints, but rather just ideal scenarios for the Orange when the schedule is reportedly released tomorrow. Any other wish-list items we want to mention? The Orange’s full ACC opponent list is also included below.