Time for a recap in Haiku form. 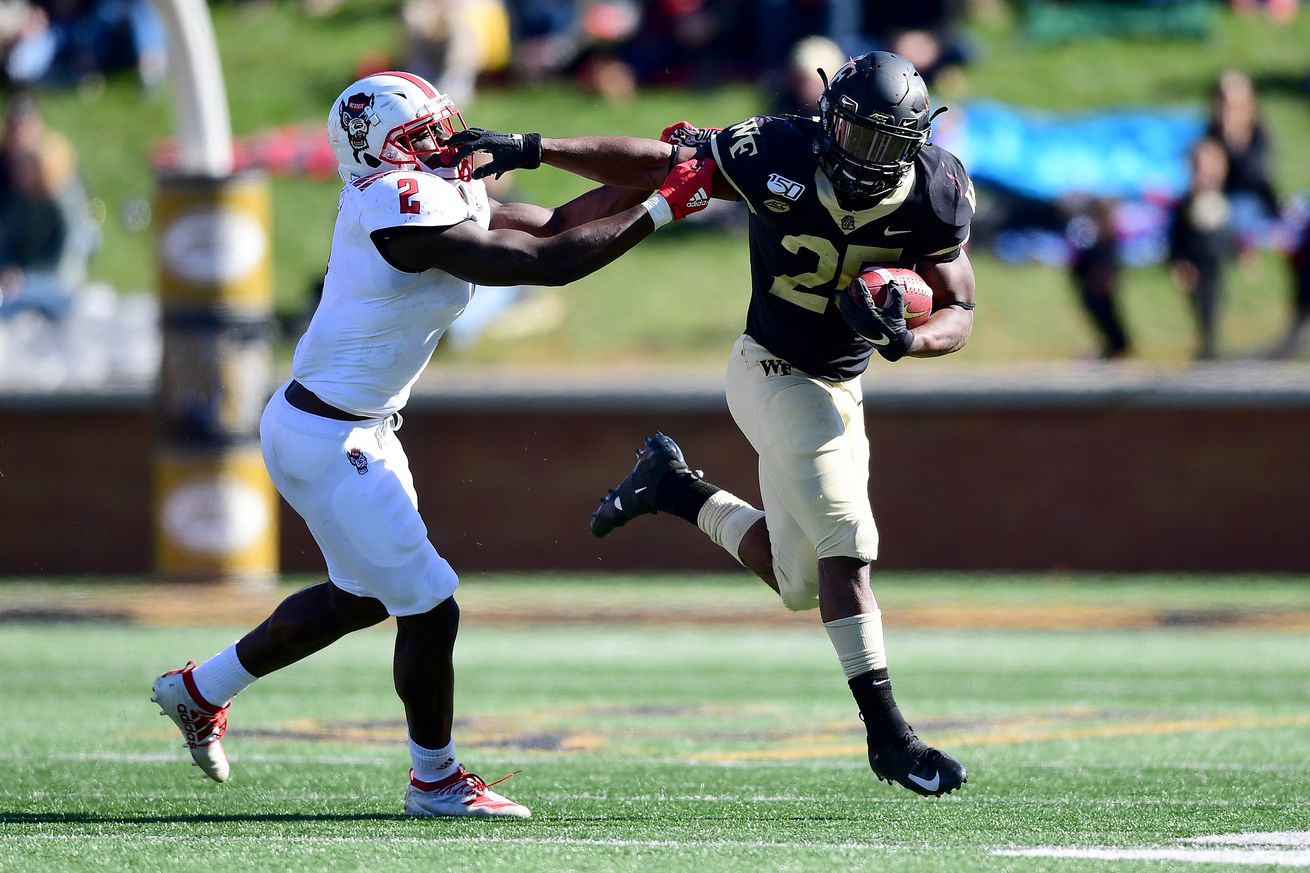 That was pretty much ideal.

Where has that Amari been?!

Okay, so that last line is an exaggeration, but Newman accounted for five touchdowns (three passing, two rushing) and the offensive line and receiving corps absolutely did more than their part to give Newman the time and opportunities to absolutely carve up the North Carolina State secondary. Speaking of secondary, as I said, Amari Henderson was absolutely on fire this game. Amari had two picks, and was a fingernail and a foot away from having two more, one of which absolutely would have been an 80 yard house call.

I really can't find anything substantial to complain about this game. Clowning an in-state rival with the biggest home margin of victory in conference in 17 years? Yeah, I'll take that. Holy cow what a performance by every single unit of this team. 7-1, on to Blacksburg.

On to the next. Go Deacs.

This article was originally published at http://www.BloggerSoDear.com (an SB Nation blog). If you are interested in sharing your website's content with SCACCHoops.com, Contact Us.
Categories: Football, NC State, Recap, Video, Wake Forest