Syracuse fell apart in the second half as VCU wore down the Orange with its defense. 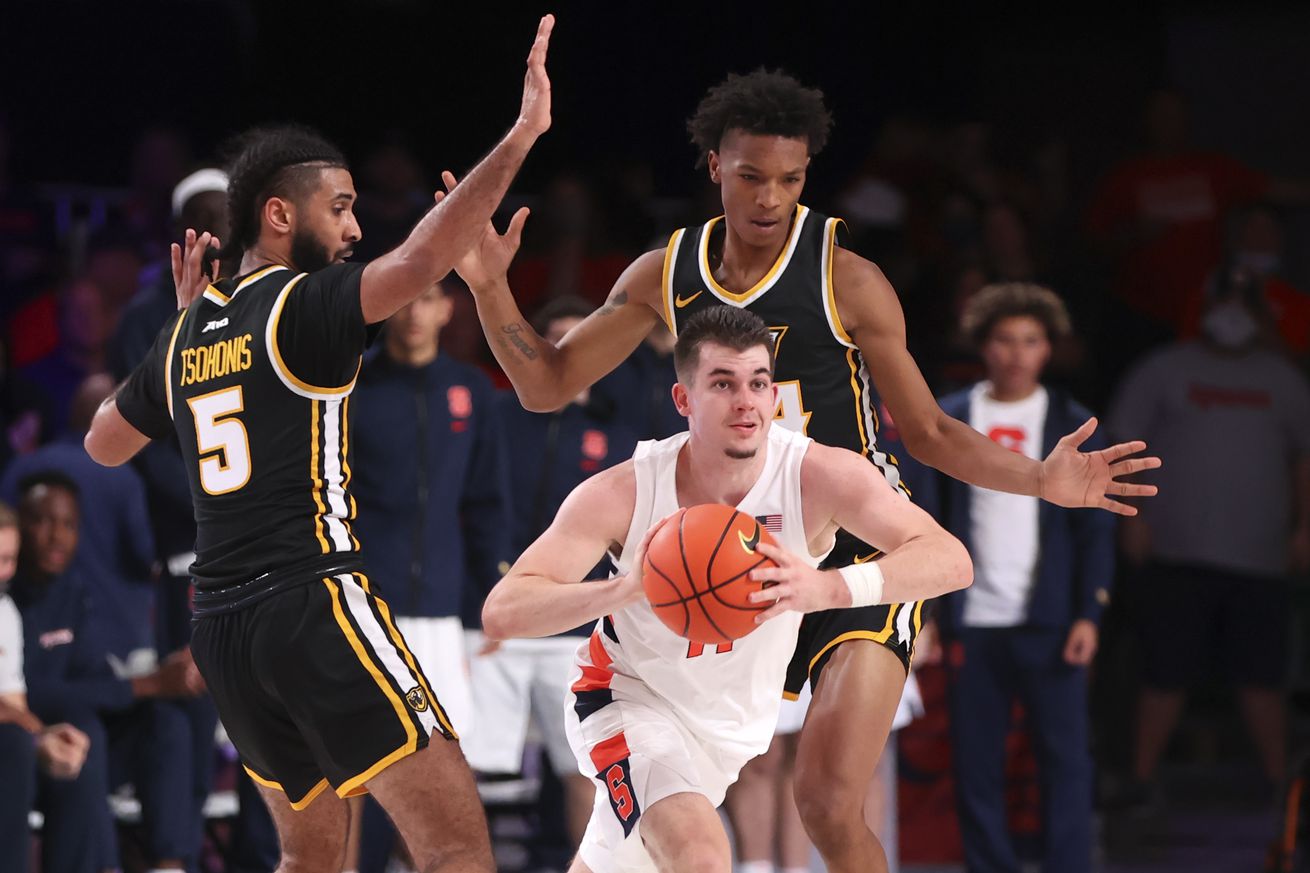 PARADISE ISLAND, Bahamas — The Syracuse Orange men’s basketball team lost its first game in the Battle 4 Atlantis, falling to the VCU Rams 67-55. The Syracuse offense struggled to get going against a tough defensive team and the Orange moved to 2-2 on the season.

VCU came out and showed its press from the onset and Syracuse didn’t have too much trouble getting in the early going. On the other end, VCU missed some open looks and the 2-3 zone looked better to start as VCU went 0-6 from the floor with three 3 turnovers. Syracuse took a 7-2 at first media timeout.

The VCU pressure eventually started to gnaw at Syracuse as Jimmy Boeheim and Girard each had a pair of bad turnovers. The 2-3 zone started to bend on the opposite end, giving up a pair of 3s as VCU regained the lead 13-12. Edwards was a difference maker early with three blocks, but too many VCU attempts at the rim caused him to pick up his second foul at the 11:19 mark.

From there, VCU looked in control of the game. Buddy responded with two 3s — the first a clean look from the top of the key and the second with very little room — which gave Syracuse the lead back at 18-17. Still, he picked up his second foul shortly thereafter and sat briefly next to Edwards.

As the half wore on, both teams really struggled to make shots. VCU’s defense was stifling and Syracuse’s shooters struggled to get much going off the bounce. The Orange went to their wheel set and Buddy was forced to make plays off the dribble, going into his backdown and drawing a foul. He made both to give Syracuse a 22-21 lead with 2:34 left in the half.

Girard was able to find a clean look and he buried it. The eldest Boehiem brother was fouled on the penultimate play of the half, making two free throws before VCU’s Marcus Tsohonis made a jumper before the break.

Syracuse went into the intermission with a 27-23 lead. Both teams shot 24% from the floor in the first 20 minutes. VCU turned the ball over 10 times to Syracuse’s five but won the rebounding battle 25-22.

VCU came out of the half and threw the first punch with a 9-2 run. Edwards quickly picked up a pair of fouls and was forced to sit with four. Syracuse punched back as the younger Boeheim brother was fouled on a 3-point attempt and made two. Then his steal led to a deep Girard three in transition to give the lead back to Syracuse at 34-32.

After that, it was all downhill for Syracuse which was forced to play small ball. Without Edwards to anchor the 2-3 zone, VCU went inside with tip-ins and dunks as they regained the lead 41-38.

Boeheim brought Anselem back in at center for a while, but Syracuse failed to get defensive stops as VCU built a three possession lead. Boeheim elected to bring Edwards back in with nine minutes remaining. Without a dead ball, he entered at the 6:54 mark. He scored on a bucket inside and a tip-dunk, but his fifth and final foul at the 4:43 mark ended his night.

The Boeheims tried to buoy the Orange offense down the stretch, but the zone was unable to get the necessary stops to put a run together. Syracuse players, worn down from VCU’s full-court pressure, struggled to rotate to open Ram players. VCU made the zone pay with dunks and 3s. Syracuse never got back to within three possessions and fell to 2-2 on the season.