Syracuse’s treatment of Wagner today is outlawed in 14 states 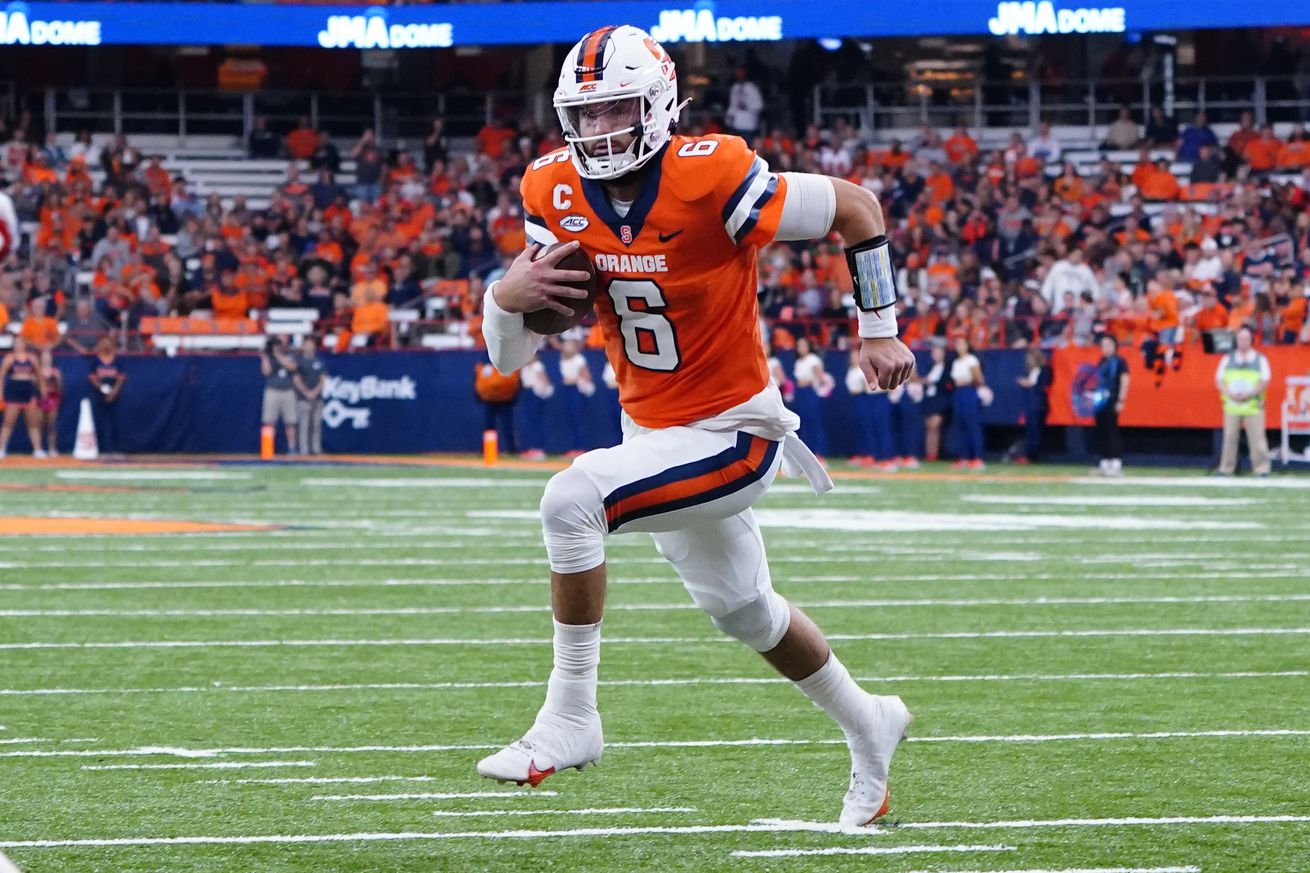 When the teams agree to play 10-minute quarters in the 2nd half, you don’t need a lot to tell you things went well.

The Syracuse Orange thrashed the Wagner Seahawks with a 49-point first half to cruise to an easy victory. Syracuse is officially one win away from going bowling.

I don’t need to tell you that a lot went well for the Orange. But there were a couple of things that got the fanbase talking online.

Here’s our takeaways from a win that extended a Wagner losing streak to 24 games:

The Orange implemented the same strategy that Virginia used to get momentum against Syracuse - short passes and the run game. The short passes on curl routes from receivers gave Shrader all the confidence he needed to get comfortable in the game and showcase the improved accuracy that was on display in the first two weeks of the season. The Orange should script more opening drives like that to get Shrader locked in.

The biggest talking point during this game came in the third quarter, when the offensive starters trotted out for the first drive of the second half.

Then Sean Tucker went down.

He looked fine on the sideline after exiting the medical tent, but as many pointed out, there was no reason for the starters to be out there even towards the end of the second quarter, let alone the start of the third quarter. Babers has had late pulls of his starters traditionally in these blowout FCS games. Hopefully that doesn’t bite the Orange here.

Still too much yellow

Raise your hand if you’ve seen a 13 men on the field penalty.

The one thing that Syracuse didn’t accomplish on the field that they wanted to was reducing the penalties. There were still a few holding and false start penalties that Dino Babers said he wanted to clean up, and the Orange didn’t complete that task. Those penalties will hurt when Syracuse plays stiffer competition in two weeks time.

This article was originally published at http://nunesmagician.com (an SB Nation blog). If you are interested in sharing your website's content with SCACCHoops.com, Contact Us.
Categories: Football, Recap, Syracuse, Video