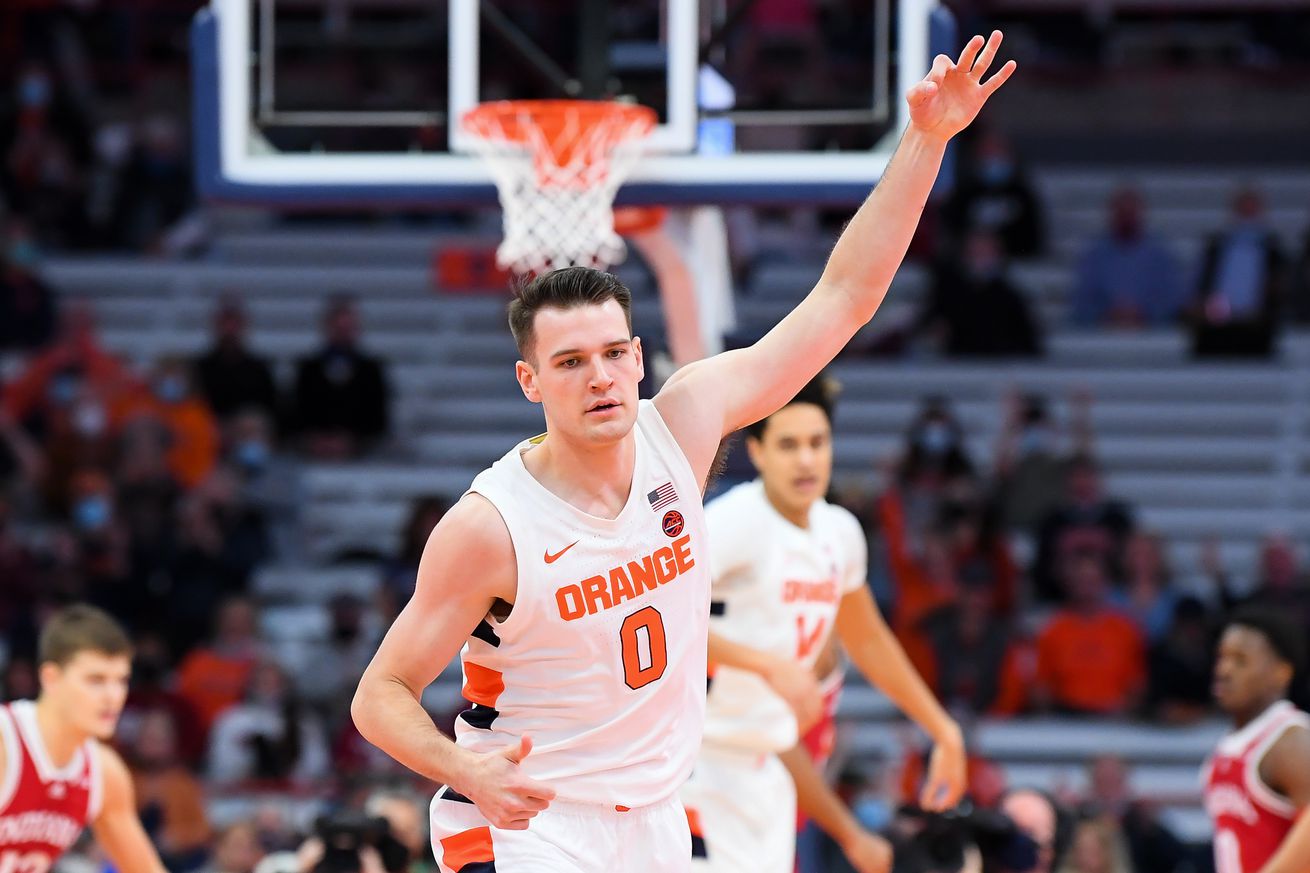 I hope you remembered your heart medication.

The Syracuse Orange hosted the Indiana Hoosiers looking to avoid the program’s worst start under Jim Boeheim. The Orange started out hot on both sides of the ball, but the Hoosiers made the right adjustments while Syracuse didn’t to keep the game close in the second half. Two overtimes and a Buddy Boeheim takeover later, the Orange prevailed narrowly 112-110 in double overtime.

Here’s our three takeaways from an interesting game for the right and wrong reasons:

What is this brave new world?

The first half featured something unique to Syracuse fans - something else than a 2-3 zone. Syracuse employed a 1-3-1 zone for the majority of the first 20 minutes. That new defensive look for Syracuse was a big reason why the Orange forced 12 of 25 Hoosiers turnovers in the first half, Unfortunately, the good fortune wouldn’t last and Syracuse allowed Indiana to claw its way back from an 18 point lead, but the new defense looked fairly interesting and somewhat effective.

So that’s what it looks like when things go wrong

Jesse Edwards has been great to start the season. He finished with 17 points on 7-7 shooting, five rebounds, five steals and three blocks. However, when Edwards fouled out with 20 seconds to go in regulation, that gave Trayce Jackson-Davis the confidence to bully Syracuse inside. It was TJD’s rebound that allowed Indiana to tie the game and send the match to overtime. TJD also had fun at least in the first overtime on the inside against Frank Anselem. Jesse needs to stay in the game in order for Syracuse to win games by a more comfortable margin.

Give them a Snickers

Again, the Orange shouldn’t have been in this position. It’s been incredible how different this Syracuse team looks once the players exit the halftime locker room. What looked to be a secure win heading into the break turned out to be a nail-biter because of the Orange’s slow start on both sides of the ball. That’s a problem that needs to be solved quickly. The first half showed that when everything starts to click, this Syracuse team can be quite good and can hang with most programs this season. When the Orange start the second half slow, lethargic, and a step behind, any team can beat them.