Syracuse vs. Boston College has stakes, but will anyone care? - SCACCHoops.com

Syracuse vs. Boston College has stakes, but will anyone care?

There’s a lot on the line, but it’s debatable how much it’s noticed. 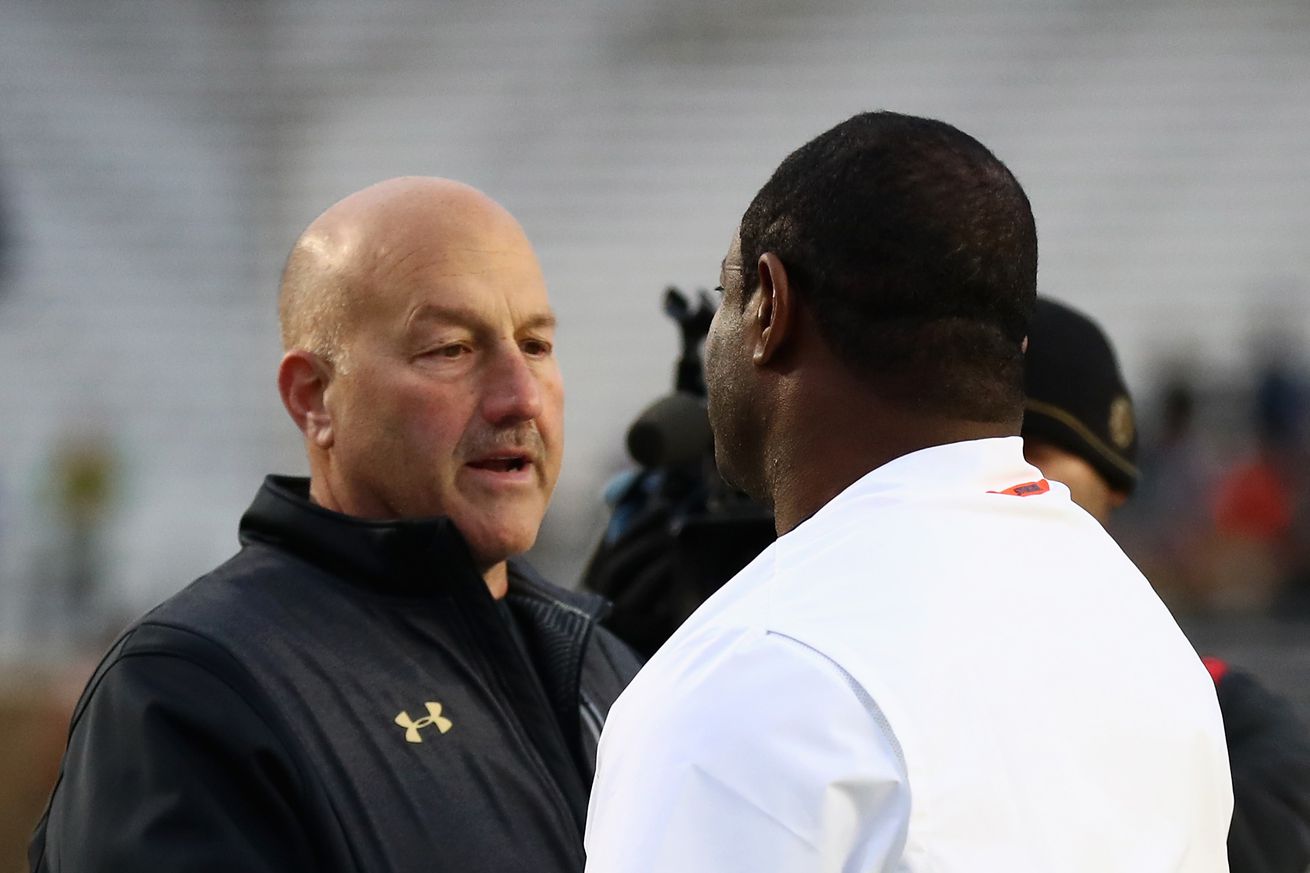 As we discussed last year, it’s rare that the Syracuse Orange’s matchup against the Boston College Eagles has stakes. For numerous reasons, the rivalry’s rarely had a ton of oomph, and when it has, the importance hasn’t extended much past the two teams in question.

That’s the case once again in 2019, as the teams face off with seasons in the balance. For 4-4 Boston College, a win keeps the postseason a possibility with three difficult foes left to play, and that potentially saves Steve Addazio’s job. On the Syracuse side, the Orange keep their own postseason hopes alive at 4-5, since a loss puts them at 3-6 with tough games yet to play.

Typically, the issue with this game is that it’s placed on the final weekend of the season when students aren’t on campus, there are much more important games on and at least one of these teams is out of bowl contention. In some seasons it gets moved elsewhere, and this is one of those years.

Yet because of the course of this season for both, it feels like more of a game between a 4-7 and 5-6 club at the end of the schedule.

Syracuse has fallen well short of expectations, while BC fans probably want Addazio out the door given consistently middling returns, his struggles against the Orange (SU’s 4-2 against Boston College) and — maybe most notably — the blowout loss to Kansas earlier this fall. You can tell among both fan bases that there are plenty of faithful remaining. Still, even those folks sound exhausted by what they’ve witnessed to date.

So yeah, I do wonder who’s actually hanging on the outcome of this game come Saturday, beyond the obvious parties: the players and coaches, and perhaps half of this community. Plenty of SU fans have checked out, and have been out since the Clemson loss. Eagles supporters would likely rather see them lose to help seal Addazio’s fate.

The lack of proximity isn’t the reason this rivalry struggles, but it’s among the primary reasons it can’t make much of a dent in a season like this one — which resembles a lot of these matchups between the teams, if we’re being honest. In the best rivalries, both teams could be 1-10 or worse entering the final week and everyone still cares deeply. It’s happened! At its height, the Syracuse vs. Georgetown rivalry probably could’ve mustered something like that up if both teams ever struggled in the same year. But that’s still basketball. Outside of a few hotly contested rivalries, those matchups don’t make a dent for alums and students the same way a much longer list of football rivalries do.

Is this about the perception of a rivalry? Sort of. Though it’s more about the perception of these two programs, both internally and externally, as each sits in a respectively weird spot. This game not really being a big deal beyond a pretty defined and relatively small audience (it’s on ACC Network at noon too, after all) just hammers home how hard it is to generate excitement around it even when both teams are good and the stakes are a little more meaningful. That could be a commentary on the state of FBS football in the Northeast — or at the very least a commentary on how hard it is to maintain momentum at BC and SU, in particular.

This article was originally published at http://nunesmagician.com (an SB Nation blog). If you are interested in sharing your website's content with SCACCHoops.com, Contact Us.
Categories: ACC Network, Boston College, Football, Syracuse