The Orange took down the Tigers in a Friday night showdown 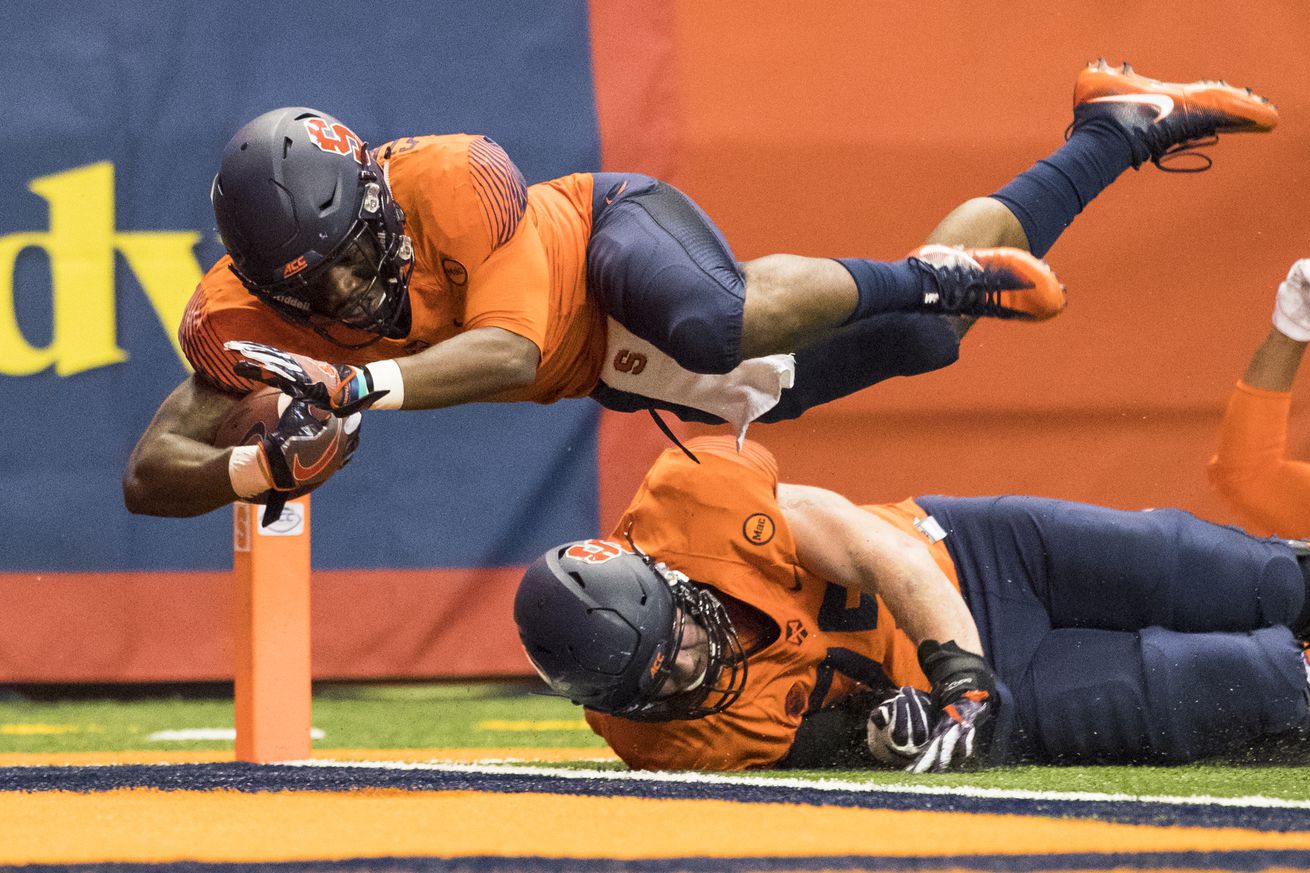 I am speechless. I really dont know what to say, but the Syracuse Orange went out there and beat the No. 2 team in the country, the Clemson Tigers.

World, get to know Eric Dungey

The Syracuse QB was vital for the Orange offense. He completed 20 of 32 (62.5%) for 278 yards and three touchdowns. Even though he injured his lower body in the second quarter, he left the field for one play before returning. While he was obviously somewhat effected, Dungey still was able to move around the pocket and scramble for a long gain the third quarter.

In his second nationally televised game of the season, the college football world came to understand just how important Dungey is for this team. His physicality, speed, and team spirit were continually on display. He read the defense, kept the offense moving up tempo (which set the Clemson defensive backs on edge and contributed for 18 of the Orange’s 27 points. Yet little to the knowledge of non Syracuse fans, that’s just what he does every week.

Considering the circumstances, the defense was very good today. After smothering Kelly Bryant in the first half, they showed some holes in the passing game in the second. Even still, their consistency in the run game and rushing the passer was impressive.

While Travis Etienne and Tavien Feaster both knocked off long runs, overall the run defense was fairly stout, only allowing 113 rushing yards.

Leading the way, Parris Bennett was spectacular once again. He accumulated nine tackles and a sack. Also, Evan Foster totaled eight tackles for the Syracuse defense. Together, they put the clamps on one of the more explosive offenses in the ACC. As the season progresses, hopefully they can continue this level of play.

This offense showed its potential

Against possibly the toughest competition, this is the performance we’ve been waiting for. With over 430 total yards, Syracuse shredded the best defense on their schedule, and perhaps in the country.

The most impressive, the run game was strong. In short yardage and first and longs, Dontae Strickland and Dungey allowed the Orange to be in comfortable position in terms of moving the ball down the field. While Dungey accumulated a little under100 rushing yards, Strickland totaled 78 on 19 carries.

In their usual up-tempo fashion, Dungey was spectacular in the passing game once again. He totaled 278 passing yards and three scores. This included a 66-yard haul to Erv Phillips that set up the Orange for the rest of the game. I have absolutely zero negative things to say. The offense was spectacular and there’s really no other way to describe it.

This article was originally published at http://nunesmagician.com (an SB Nation blog). If you are interested in sharing your website's content with SCACCHoops.com, Contact Us.
Categories: Clemson, Football, Recap, Syracuse