SU surrendered multiple double-digit leads throughout the game, but won in thrilling fashion 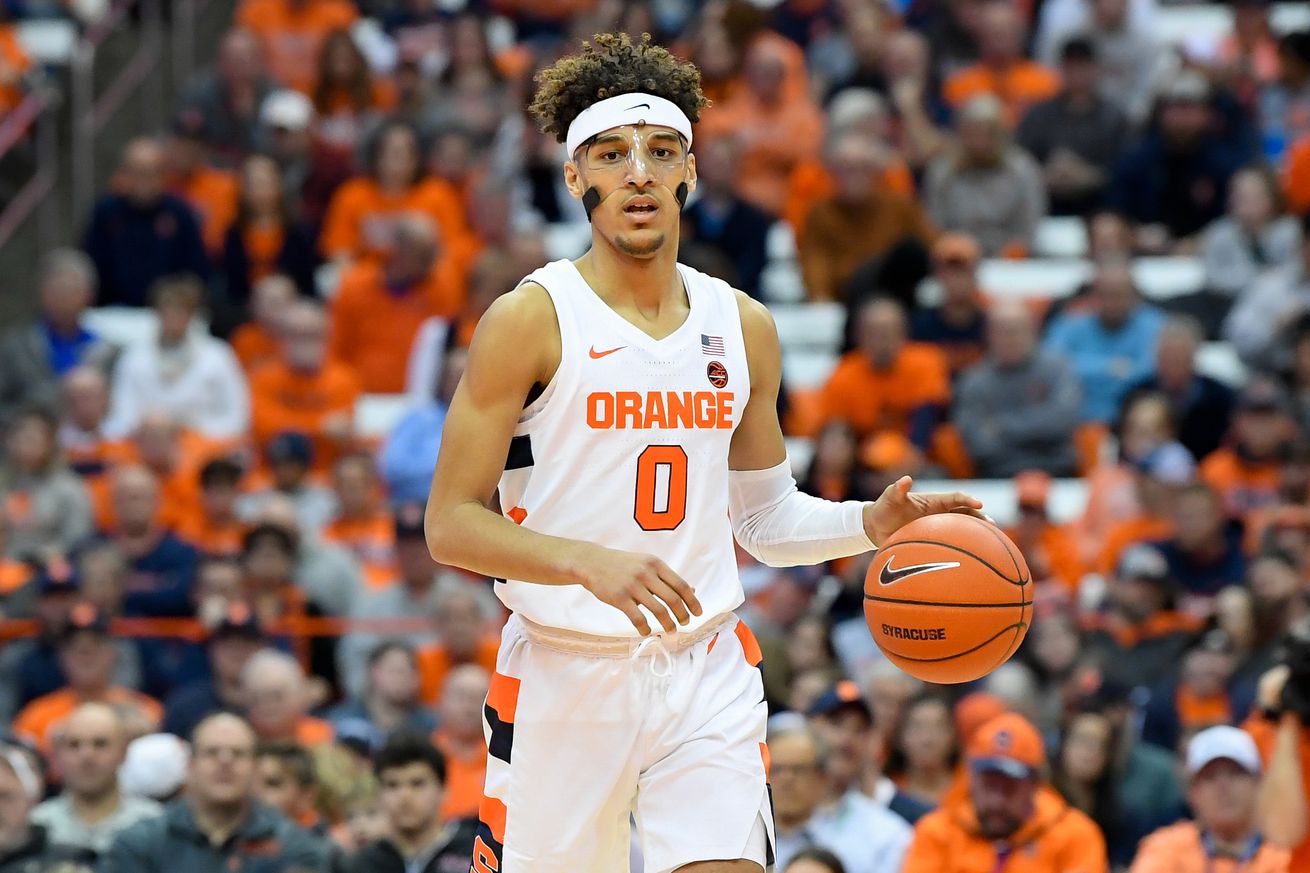 SYRACUSE, N.Y. — The Syracuse men’s basketball team beat the Wake Forest Demon Deacons 75-73 on Saturday night in a game that saw the Orange nearly let a win slip away. Tied 73-73 in the game’s final moments, Elijah Hughes missed a jump-shot only for Jesse Edwards to tap the ball to Brycen Goodine, who scored his only two points on a put-back with 1.5 seconds remaining.

Dolezaj scored the first points of the game with a reverse layup on the Orange’s second possession. Olivier Sarr responded with two free throws to tie the game at 2-2, and then Wake scored its first field goal on a jumper by Brandon Childress almost four minutes into the game.

Coming out of the first media timeout at the 15:40 mark, Buddy Boeheim hit two-straight 3-pointers to put SU up 8-4. In the next few minutes, Hughes scored a short-range jumper, and Boeheim and Hughes hit back-to-back 3-pointers to give the Orange their first double-digit lead at 16-4 with 12:17 left in the first half. Wake Forest called a timeout.

Syracuse kept its double-digit lead until the Demon Deacons, who missed their first eight 3-pointers of the game, hit two in a row — and their only two of the half — to cut the Orange’s lead to 22-14 at the 8:34 mark. Buddy Boeheim immediately answered with his fourth 3-pointer of the game.

The Orange weren’t able to grow their lead the rest of the half, instead trading buckets with the Demon Deacons. Boeheim didn’t score again after his fourth 3-pointer, but the Orange got scoring from Quincy Guerrier inside. His 10 points, including 6-6 from the free throw line, were the second most points for SU in the first half.

The Orange’s last points before intermission came on a 3-pointer by Girard III with 57 seconds left, which was followed by two free throws by Ismael Massoud. SU entered the locker room with a 38-30 lead.

The second half started with eight-straight points from the Orange, who led 46-30 under two minutes in. The Demon Deacons went on a run of their own, though, scoring nine points by the 16:29 mark to make it 46-39. Despite SU getting its lead back to 11 not even a minute later, Wake wouldn’t go away and cut its deficit to 54-51 at the 12:46 mark.

Once again, the Orange got their lead back to double digits, this time 61-51 after Boeheim’s fifth 3-pointer at the 10:46 mark, but then gave it up. Wake Forest used a 14-2 run to go up 65-63 with 6:30 left in the half, its first lead since the beginning of the first half. During this time, Wake’s season scoring leader Brandon Childress had to be helped off the court due to injury with 10:03 left in the half. He later returned.

Hughes tied the game at 65 on a layup on the next possession, but Dolezaj was issued a technical foul after protesting an out-of-bounds call to the refs. That was his fifth personal foul, and he joined Sidibe and Guerrier, who had also fouled out, on the bench.

With a lineup of Brycen Goodine, Girard III, Boeheim, Hughes, and Edwards, the Orange fell behind by four points before tying the game at 69 with 2:26 left on a free throw by Hughes.

The Demon Deacons regained the lead behind a free throw by Andrien White, but a transition layup by Boeheim put SU up 71-70 at the 1:43 mark (and brought SU fans Taco Time). Each team missed a 3-pointer on its next possession, and then a steal by Buddy Boeheim set up a foul on Childress and two free throws for Hughes, who made both to put SU up 73-70 with 32 seconds left in the game.

Massoud answered with a game-tying 3-pointer with 21 seconds left. On the final possession of the game, however, Goodine grabbed an offensive rebound off of a 3-pointer miss by Hughes, and put it back in for a 75-73 lead. With one second and a half left, Andrien White missed a halfcourt shot, sealing the Orange win.

The Orange will host North Carolina State on Tuesday, Feb. 11. That game tips at 7 p.m. and will be televised on ESPN2.

This article was originally published at http://nunesmagician.com (an SB Nation blog). If you are interested in sharing your website's content with SCACCHoops.com, Contact Us.
Categories: Basketball, Boston College, Recap, Syracuse, Wake Forest