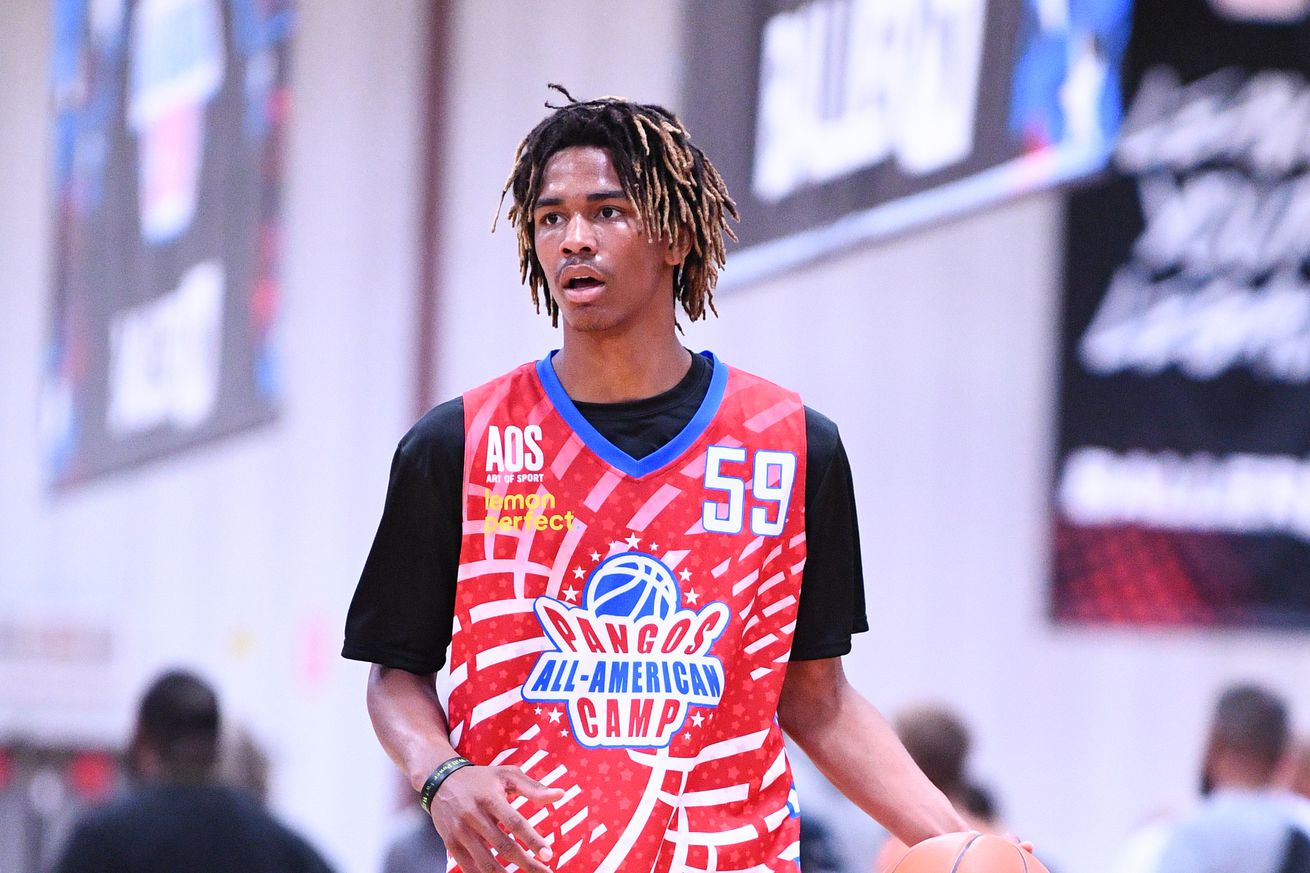 The Syracuse Orange men’s basketball program has added yet another player to the class of 2022. On Thursday, 4-star forward Chris Bunch announced that he’d be committing to Syracuse.

First off, love that ‘Cuse wordmark with the orange leaves for extra effect. Let’s do something with that...

Second, a little more about Bunch: He’s a 6-foot-8, 190-pound prospect (so could probably put on a few pounds) from Wasatch Academy in Mount Pleasant, Utah — though he’s from Concord, Calif. Bunch chose Syracuse over fellow finalists Washington and Rutgers, and he also held offers from a ton of schools, including Florida State, Maryland, Oklahoma, San Diego State, Iowa State, Oklahoma and more.

In Mike McAllister’s write-up on the commitment, he includes a note from Bunch that indicates seeing a different side of Jim Boeheim was a bit part of why the player opted to come to SU. In particular, the fact that the Orange are a player-driven program; something that fans of the Orange are aware of but others may not be due to Boeheim’s larger-than-life persona. So, way to secure the commitment, Jim!

Bunch becomes the fifth member of the 2022 class, which is exactly the news we wanted to hear given the importance of this group to rebuilding the roster in the coming years. He joins forward Maliq Brown and center Peter Carey in the frontcourt, plus point guard Quadir Copeland and shooting guard Justin Taylor. That pushes them into the top 10 overall, right behind Villanova (and just in front of USC) according to 247Sports.

This article was originally published at http://nunesmagician.com (an SB Nation blog). If you are interested in sharing your website's content with SCACCHoops.com, Contact Us.
Categories: Basketball, Recruiting, Syracuse