Pitt squared off with Boston College at the Barclays Center in Brooklyn on Tuesday in the first round of the ACC tournament. The game pitted two teams on equally poor footing against each other, with both in search of redemption after poor regular seasons. With that said, redemption would elude Pitt, as the team fell to Boston College 66-46, bringing the season to an end after 32 games. 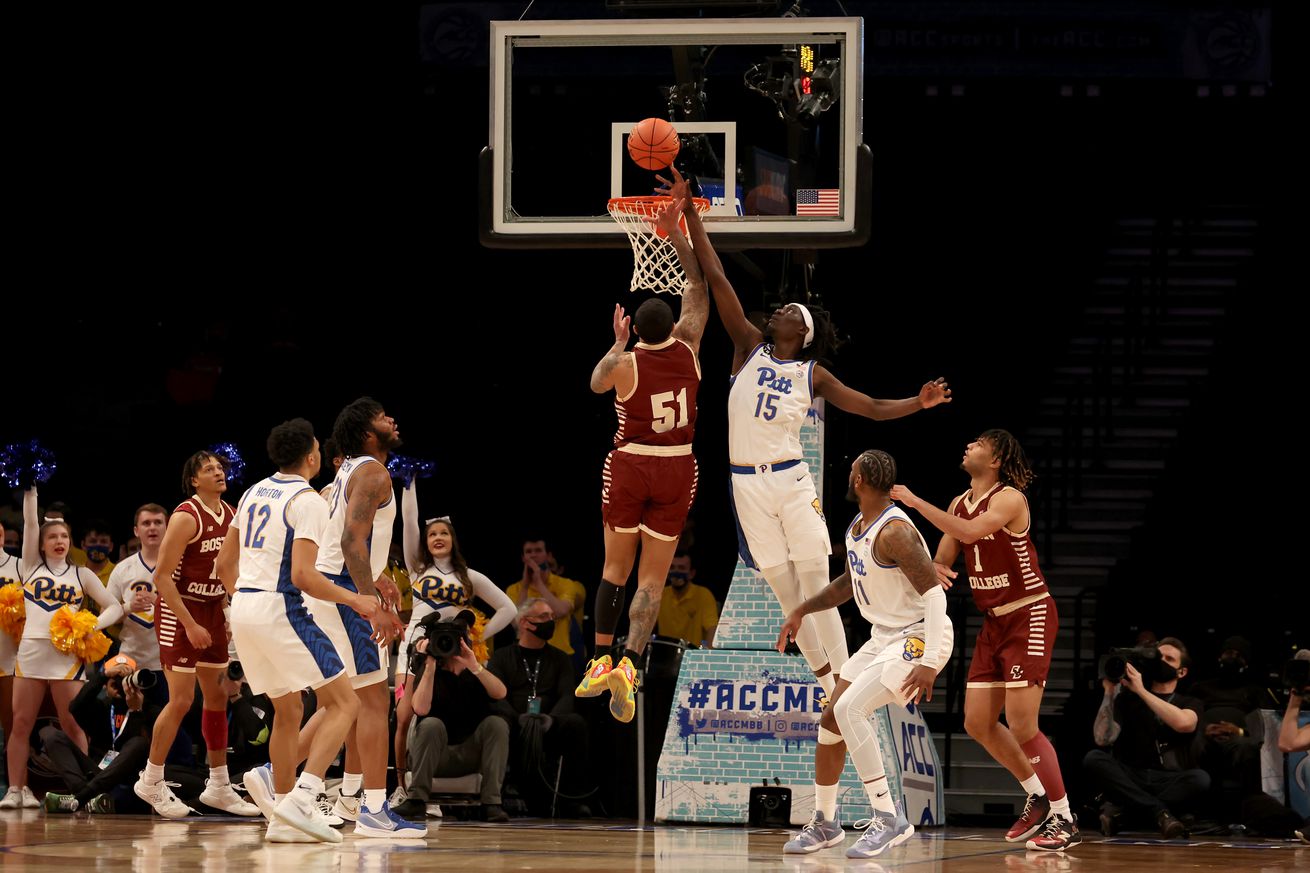 With Tuesday’s matchup being the third between Pitt and Boston College this season, a model for success existed in the team’s 69-67 win over the Eagles on Jan. 8. That model involved getting the ball to John Hugley early and often, and the Panthers appeared content to utilize that strategy early on, as Hugley scored Pitt’s first six points of the game.

Mouhamadou Gueye and Jamarius Burton would get involved in the offensive effort five minutes into the game, as Hugley began to cool down a bit. For a while, that would be enough to keep the Panthers afloat. However, the trio would get virtually no offensive support from the rest of the team, as Noah Collier was the only other Panther to score in the first half, with one point on a foul shot.

That limited production would haunt Pitt, as Hugley would be whistled for his second foul around the 4:00 mark and benched as a result. Pitt was still firmly in the game at that point, with the score 24-22. But with Hugley out, the Pitt offense would stall completely, allowing Boston College to finish the first half on a 12-0 run, which made the halftime score 33-22.

While Hugley would return in the second half, other problems would emerge for the Panthers, as an exchange between Femi Odukale and Quinten Post would see Odukale called for a technical foul and a flagrant foul to bring his foul total for the game up to four. The exchange occurred after a missed layup and turnover by Odukale. Odukale then pulled Post to the ground, and Post tripped him as he got up, which escalated the situation. Boston College would go up 36-23 on the subsequent free throws, and Odukale would be benched.

As the Odukale incident unfolded, Pitt was still in the midst of a field-goal drought that began in the first half and would last for more than 11 minutes. Hugley would bring that drought to an end with a two-point jumper at the 13:49 mark. But at that point, Hugley’s shot only narrowed Pitt’s deficit to 19, with the score 46-27. And by the midway point of the second half, the Panthers would trail the Eagles 55-33.

As has become a pattern for Pitt late in the season, the team folded defensively in the homestretch with a win apparently out of reach. The team also took the points made available by an increasingly disinterested Boston College defense. And as a result, the two sides coasted to the final buzzer with little change in the 22-point deficit, with the final score 66-46.

John Hugley led the team in scoring and rebounding, with 15 points and eight boards in the matchup. Mouhamadou Gueye ranked second in both categories in his final game with the Panthers, with 12 points and six rebounds. Jamarius Burton was the only other Pitt player to hit double figures, as he put up 10 points. However, the rest of the team combined for just nine points, and Femi Odukale was notably held scoreless before his hometown crowd.

The loss to Boston College bounced Pitt from the ACC tournament in decisive fashion and brought the Panthers’ season to an end. Their final record stands at 11-21, while they played to a 6-15 record against ACC opposition. Now, Jeff Capel and his staff will have to shift their focus to rebuilding for next season, with Gueye set to leave and no 2022 recruits committed.

This article was originally published at http://cardiachill.com (an SB Nation blog). If you are interested in sharing your website's content with SCACCHoops.com, Contact Us.
Categories: ACC Tournament, Basketball, Boston College, Pittsburgh, Recap, Video