One transfer could help Notre Dame Basketball in a big way - SCACCHoops.com

One transfer could help Notre Dame Basketball in a big way 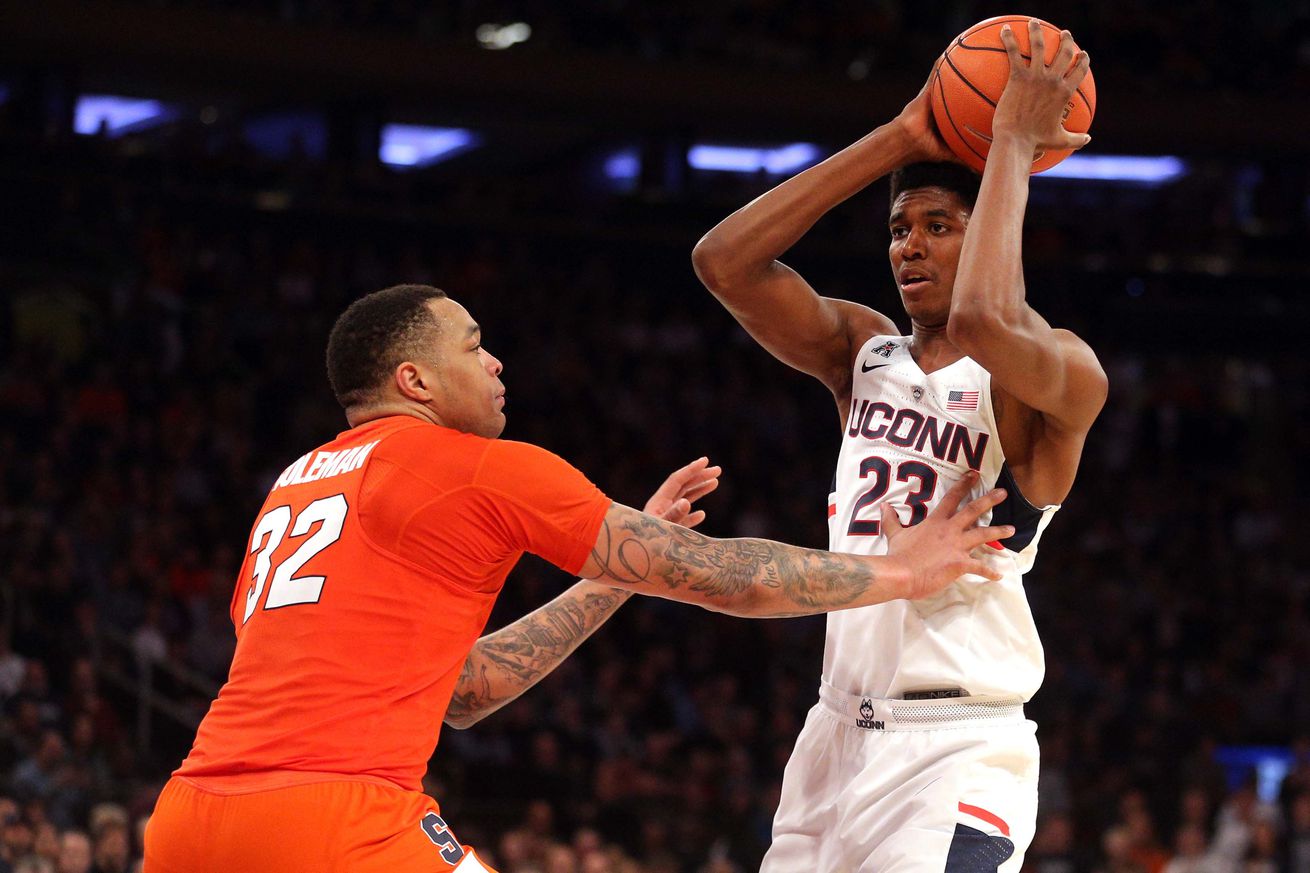 MBB: In advance of his visit, @tnoieNDI has this article on UConn transfer Juwan Durham. https://t.co/r3gm2RnHvi

This a news tidbit that occurred last weekend, but I don’t know if it has been covered here at OFD. Freshman forward Juwan Durham UConn is transferring from head coach Kevin Ollie and UConn, and recently made a trip to South Bend. This past season Durham averaged just 8.3 minutes, to go along with 1.6 points and 1.3 rebounds.

At 6’11”, 220 lbs. Durham would help out Notre Dame’s frontline greatly, which was a weakness last season. Durham would have to sit out next season, which would mean in 2018-2019 he, along with Elijah Burns, John Mooney and likely others, would be instrumental parts in to Mike Brey’s front court.

Tom Noie of the the South Bend Tribune reported that Durham also plans to visits ACC foes Clemson, Georgia Tech and Virginia Tech. Compared to Notre Dame, those schools don’t stack up in terms of recent or overall success. Durham has no timetable for his decision. He was a four-star recruit out of high school per Rivals.com. Notre Dame did not initially recruit him then.

*Follow @NDHoopsRecruits on Twitter. They probably do the best job around of covering basketball recruiting for Notre Dame*

This article was originally published at http://OneFootDown.com (an SB Nation blog). If you are interested in sharing your website's content with SCACCHoops.com, Contact Us.
Categories: Basketball, Clemson, Georgia Tech, Notre Dame, Recruiting, Virginia, Virginia Tech