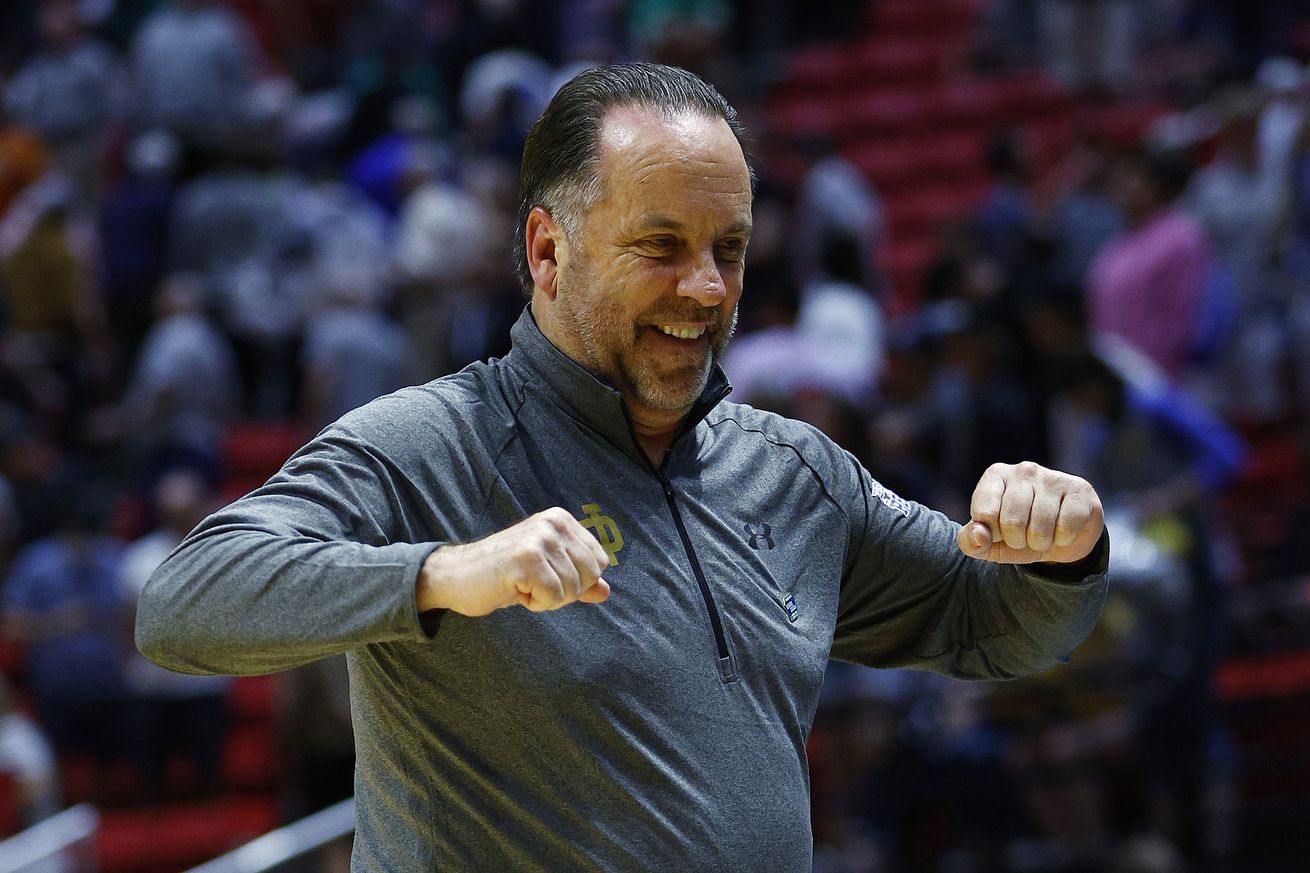 Notre Dame Men’s Basketball head coach Mike Brey spoke with the media for about 30 minutes on Tuesday and one of the topics he got into was NIL and recruiting. Brey has always been known as someone that generally shows a lot of candor, and his advice to other coaches out there about how to deal with NIL stuff is no different.

I told a lot of young coaches, when we were on the road in April, I said, we got to stop complaining, like, this is the world we’re in. Last time I checked, you make pretty good money. So everybody should shut up and adjust. You, know, I’m not in it as long as the Josh Pastners and some of these young guys. So good luck to y’all — I’ll be back in five years to see what’s up. Just remember, man, we’ve had it pretty good here. And it’s a great job. It’s high risk, high reward, but we all know what we signed up for.

College basketball has always been a bigger cesspool when it comes to recruiting, and NIL has only exacerbated that fact. For a coach like Mike Brey to have the success that he has had over the last 20 years is a credit to him and his ability to roll with the punches — and it seems like he wants to pass that virtue on to others with many more years left in their careers.

Mike Brey continues to be the best. Spent about 30 minutes with reporter-folk here today, opining on a range of topics surrounding college basketball. His message to those coaches who might be inclined to complain about NIL: “Shut up and adjust.” Full quote: pic.twitter.com/r58xavAsPN

This article was originally published at http://OneFootDown.com (an SB Nation blog). If you are interested in sharing your website's content with SCACCHoops.com, Contact Us.
Categories: Basketball, Notre Dame