It was an exciting game, but it was still another ACC loss. 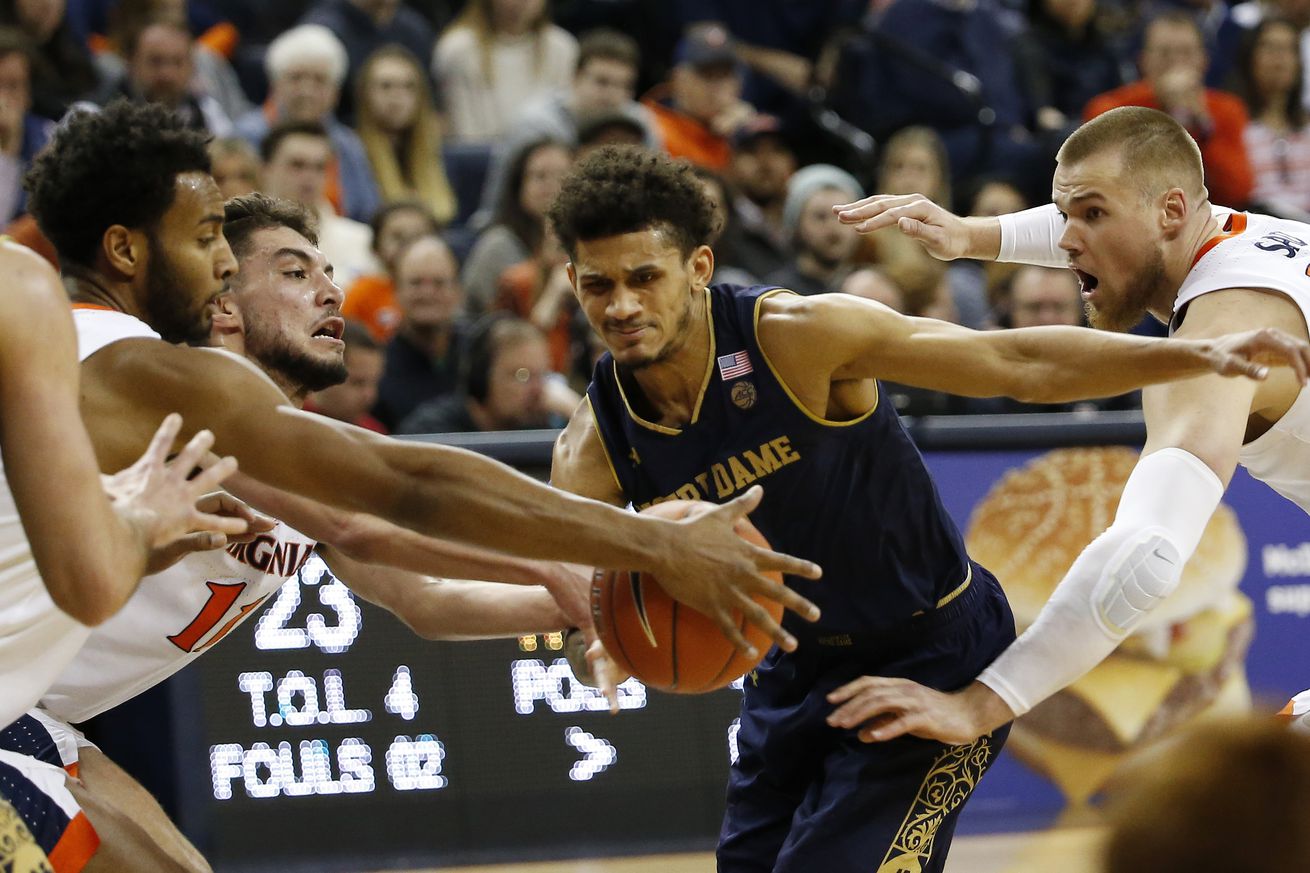 Notre Dame fought hard, but comes up short against Virginia 60-54.

Mike Brey believed that the Notre Dame Fighting Irish gave up in the second half against the Virginia Cavaliers the first time these two teams met this season. He isn’t wrong as most of us felt that way, but there is little doubt about the amount of effort the Irish gave today.

The problem is that the effort wasn’t the problem. The problem was that the Irish still struggled to shoot against one of the best defensive teams in the country.

Notre Dame made it a tough game to close for UVA as they got a steal and a Prentiss Hubb bucket. The Irish then cut the lead to 2 points with 34.5 seconds left after a Mooney dunk. A few wasted seconds by the Irish and made free throws by the Cavaliers, and the game was sealed.

The Irish went into the half only down 4 points thanks in part to T.J. Gibbs and D.J. Harvey finding a groove offensively. Gibbs had 17 points for the game while Harvey finished with 10 of his own. John Mooney got another double double with 11 points and 15 rebounds. Mooney was ice cold from behind the 3 point line though as finished the game 1-6 for 3.

This article was originally published at http://OneFootDown.com (an SB Nation blog). If you are interested in sharing your website's content with SCACCHoops.com, Contact Us.
Categories: Basketball, Notre Dame, Recap, Video, Virginia