Notre Dame defeats BC 80-58 in the ACC Tournament - SCACCHoops.com

Notre Dame defeats BC 80-58 in the ACC Tournament

On to the next one 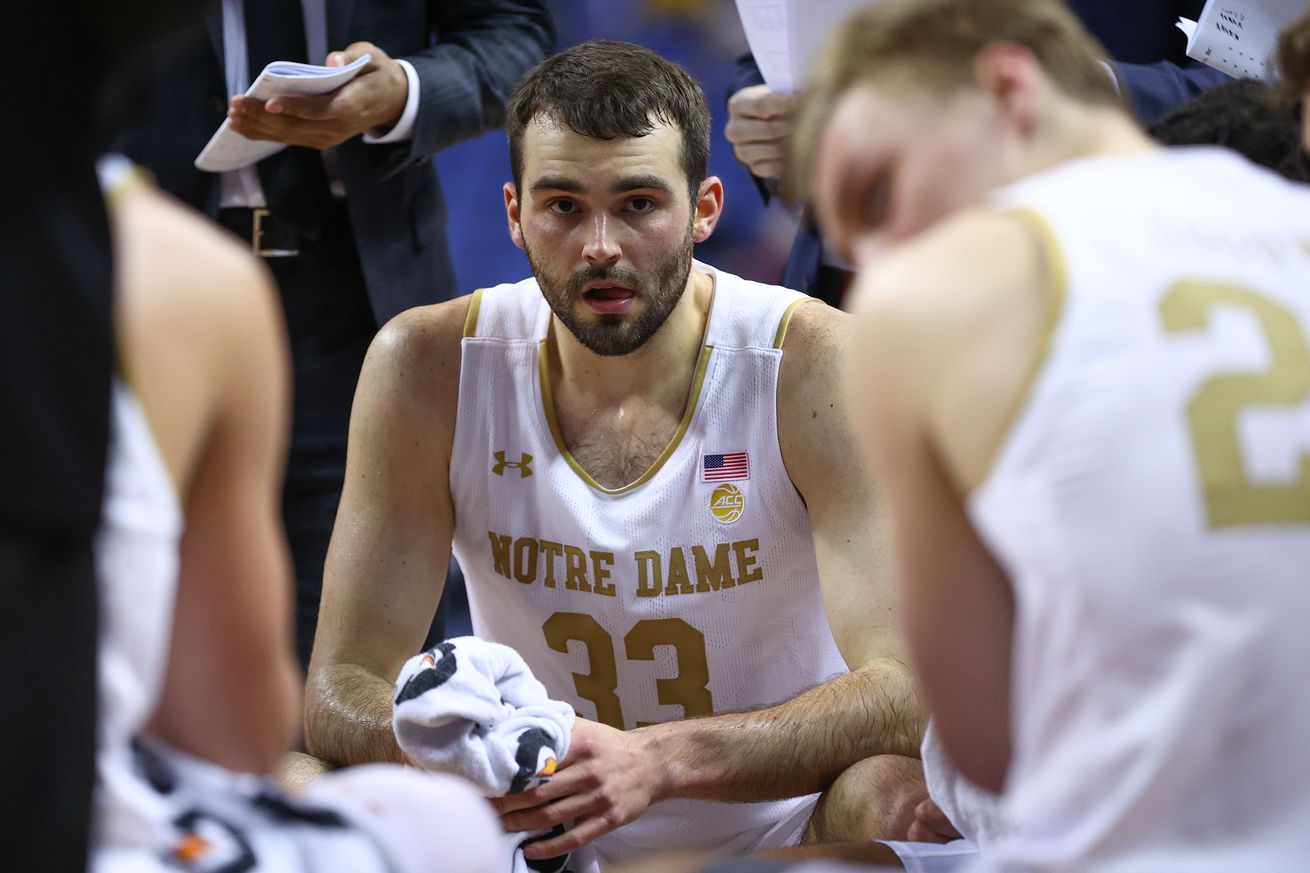 That’s How We Do That

It was a rocky start, but the Notre Dame Fighting Irish men’s basketball team took care of business in their first game of the ACC Tournament. As the number 7 seed, the Irish played the Number 10 seed Boston College Eagles. The Irish got the win 80-58, but it wasn’t always that much of a deficit. The Irish controlled through most of the game, but we can see how this one played out.

The Irish and the Eagles had a really slow start. After about 5 minutes, the Irish were only up 5-3, and none of those three points for BC were FGs. In fact, they missed their first 7 shots, and toward the end of the half only were shooting 13% from the field. BC could not find a flow offensively. Meanwhile. the Irish got a bit of a groove going. Juwan Durham actually came off the bench for this game to get 7 points and a few rebounds in the first half. Mike Brey did not start him, but he responded really well. He fought to get the ball under the hoop, and he also grabbed a decent number of rebounds. Dane Goodwin also hit some great shots. At the half, the Irish led 36-21.

The Eagles were beginning to hit some shots, and they eventually got the lead down to single digits with around 12 minutes left to go. The Irish went a little cold, and the Eagles were hanging around just enough to make us realize this one wasn’t over just yet. But, there was a huge momentum boost from TJ Gibbs. He got a bucket. Then, on the next possession with about 7 minutes left, Prentiss Hubb found Nate Laszewski for a basket under the hoop. TJ Gibbs then came flying into the picture on the inbounds pass to steal the ball and get the ensuing shot to fall. The Irish then led 61-48 and truly never looked back.

A few things that helped the Irish were Gibbs’ play, John Mooney (Mutton) getting 11 rebounds, and also Derryck Thornton of BC to go 0-9 on total shots for the night. So, he had no points, but also had to sit for much of the second half after he picked up his fourth foul in the earlier part of the second half. After it wasn’t in doubt, the Irish got the final score to 80-58. They never trailed in the game, which is SWEET.

The Irish will play the #2 seed in the ACC Tournament, the Virginia Cavaliers. UVA received a double-bye for the tournament, so their first game is tomorrow night in the quarterfinal matchup against the Irish. The game will be played at 7 PM at the Greensboro Coliseum, and you can watch it on ESPN. Actually, we all will have to watch it on ESPN, because while the Irish were playing tonight, the ACC announced that they are not allowing spectators in the games, following what the NCAA announced earlier today for March Madness.

The ACC will alter the remainder of the #ACCTourney https://t.co/CxyECij26E

It’s on to the next one for the Irish. Let’s believe and LFG.

This article was originally published at http://OneFootDown.com (an SB Nation blog). If you are interested in sharing your website's content with SCACCHoops.com, Contact Us.
Categories: ACC Tournament, Basketball, Boston College, Notre Dame, Recap, Video