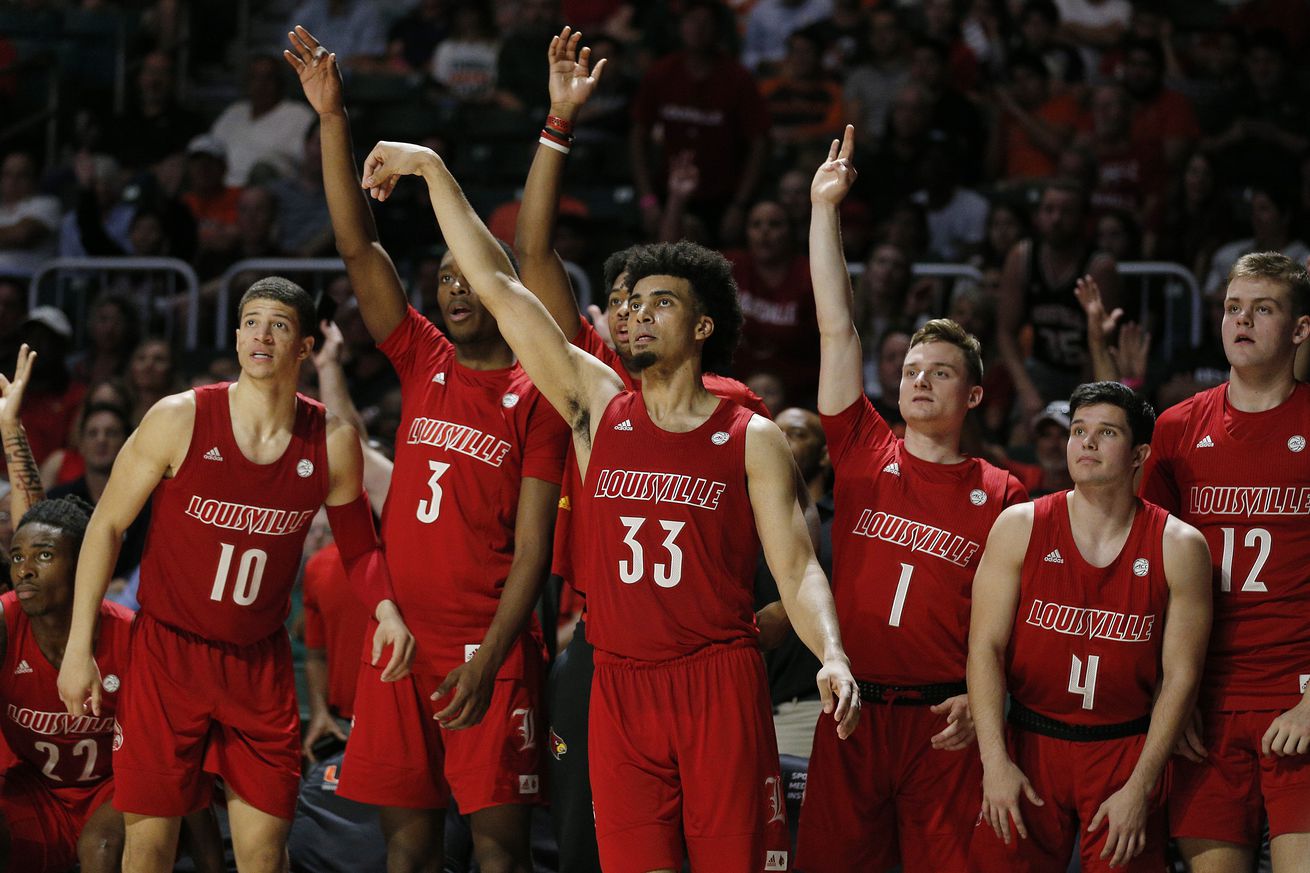 The Louisville basketball team had a rough first four minutes and a rough five four minutes in their season-opener at Miami Tuesday night. The good news is that in the 32 minutes in between, the Cardinals looked every but the part of a top five team in America.

Jordan Nwora scored 23 points and grabbed 12 rebounds as U of L rolled to an 87-74 win over the Hurricanes in the 2019-20 season-opener for both. Dwayne Sutton and Ryan McMahon each chipped in 16 points, while freshman Samuell Williamson came off the bench to add 13.

I am very here for Jordan Nwora smashing all the rims this season. pic.twitter.com/cQpAQdn3C6

A sluggish start which saw Darius Perry commit two quick fouls and Louisville commit a handful of lazy turnovers (and Louisville fans not able to see any of this because of the ACC Network) resulted in Miami racing out to a 16-9 lead. McMahon responded with a steal three consecutive three-pointers to give the Cardinals a lead they would not relinquish.

“He’s a game-changer,” Louisville head coach Chris Mack said of McMahon after the game. “As we know, he’s an elite-level shooter. But he’s more than just a three-point shooter.”

U of L went into halftime riding the momentum of a 36-10 run, and the outcome of the game was never in jeopardy after that.

More to come, but obviously this was an extremely positive start to a season that has the potential to be awfully special. Williamson is the real deal, Fresh Kimble looked much more relaxed, and Jordan, Dwayne, Steven and Ryan are exactly what we knew they were.

This winter is going to be a blast.

This article was originally published at http://www.CardChronicle.com (an SB Nation blog). If you are interested in sharing your website's content with SCACCHoops.com, Contact Us.
Categories: ACC Network, Basketball, Louisville, Miami, Recap